Atlantia, a New Genus of NPS Coral from the Atlantic Ocean

Atlantia is a new genus of non photosynthetic stony coral (NPS) that was just recognized as being unique and as the name implies, from the Atlantic Ocean. Previously Atlantia caboverdiana was first classified as Enallopsammia and then reclassified as a species of Tubastrea.

This unique species – and now genus – is so far best known from the Cape Verde Islands in the central Atlantic Ocean and is known to occur in two color morphs, a colorful orange and a vivid yellow variety. Two features which make Atlantia unique as a species and a genus is that new corallites bud off at a noticeably sharp angle, and unlike many other Dendrophyllids is so far only known from shallow water habitats. 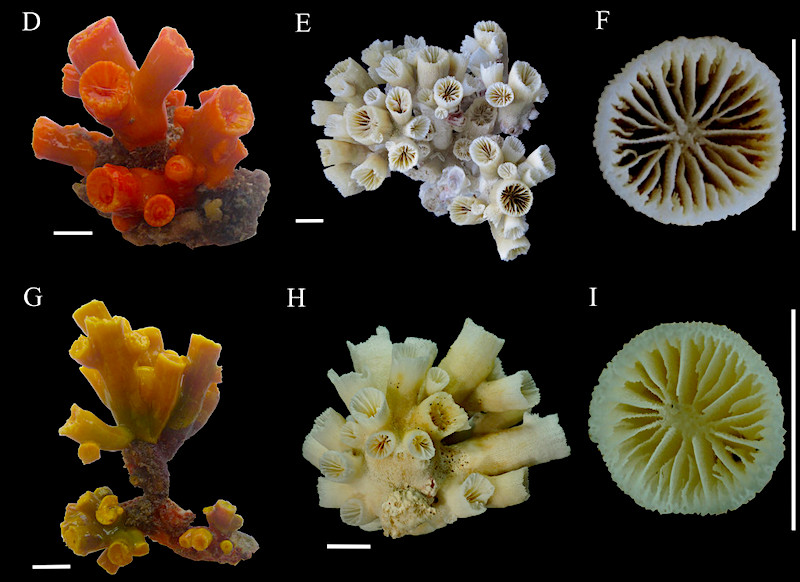 This newly minted Atlantia genus is common at a depth of 10 meters and while only observed in the Cape Verde Islands, there is a good chance that it might also be found in nearby Gulf of Guinea in West Africa. It’s good to see the NPS corals, and especially an Atlantic species finally get some well deserved taxonomic attention, since our hobby is all but completely focused on the Indo-Pacific corals that we can actually collect for ornamental use. [PeerJ]