Coenocyathus sebroecki, a New Species of Azoox Coral from Brazil

Coenocyathus sebroecki is a new species of non-photosynthetic scleractinian coral from Brazil that was surprisingly discovered in reasonably shallow depth. Unlike so many descriptions of new azoox coral before it, we have clear photographs of both the clean coral skeleton and the living coral polyps.

Unlike many new ahermatypic corals, the discovery of the newly discovered Coenocyathus sebroecki surprisingly was not made by deep sea submersible or deep sea trawls but by SCUBA divers! The colonies of C. sebroecki were found at the relatively shallow depth of 30 meters (98 feet) at Alcatrazes Wildlife Refuge, São Paulo State, and at 18 meters (60 feet) at Ilha Rasa, Rio de Janeiro State, both in Southeast Brazil.

What makes the discovery of this new Azoox coral so interesting is that it isn’t a teeny, tiny coral like so many newer discoveries – instead it is populated by corallites up to 13 mm in diameter, and 25 mm high and since the Brazilian coral is colonial is can grow into patches of larger, highly visible colonies. More interestingly is that the polyps of Coenocyathus sebroecki are a very bright pink, and is theorized to be the result of some degree of endolithic algae growing opportunistically inside the coral skeleton but more research is needed to ascertain the nature of this relationship. [Marine Biodiversity] 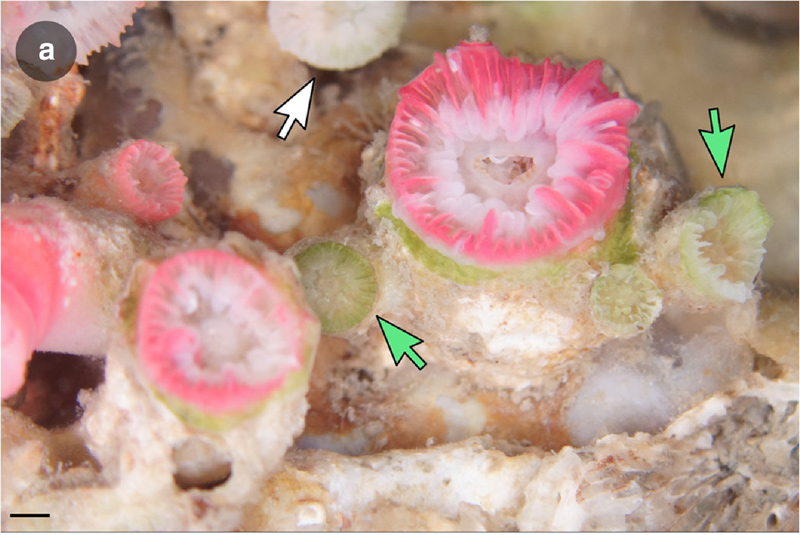 Blue World Aquariums In Victoria BC Celebrates One Year Anniversary