One of the things that keeps us continually fascinated by aquarium corals, and stony corals in particular, is the challenge of identifying some of the more obscure species. That’s why we were so excited to come across a very unusual LPS coral as a single polyp from Jared Burbank of My Reef to Yours that would take us down a fascinating rabbit hole of coral identification.

At first glance, the large puffy coral polyp looks like an interesting color morph of an immature Indophyllia coral but several factors have precluded a cut and dry, confident identification. First of all, we learned that the polyp we bought from Jared was cut from a multiheaded colony – something that is not unheard of in the normally solitary species, but exceedingly rare and only infrequently documented in related Cynarina, Acanthophyllia, and Homophyllia australis.

Adding to the mystery is that the original coral was acquired from a tank tear-down, so no provenance is known for this coral and it developed multiple corallites in Jared’s display reef aquarium over a number of years. Oddly enough, we spotted a very similar coral in the booth of Monsoon Aquatics at ReefStock Australia and while it looks like it could be an Indophyllia, it doesn’t quite have the numerous large septa we expect from this species, and the colonial growth form is certainly not a characteristic of this LPS coral. 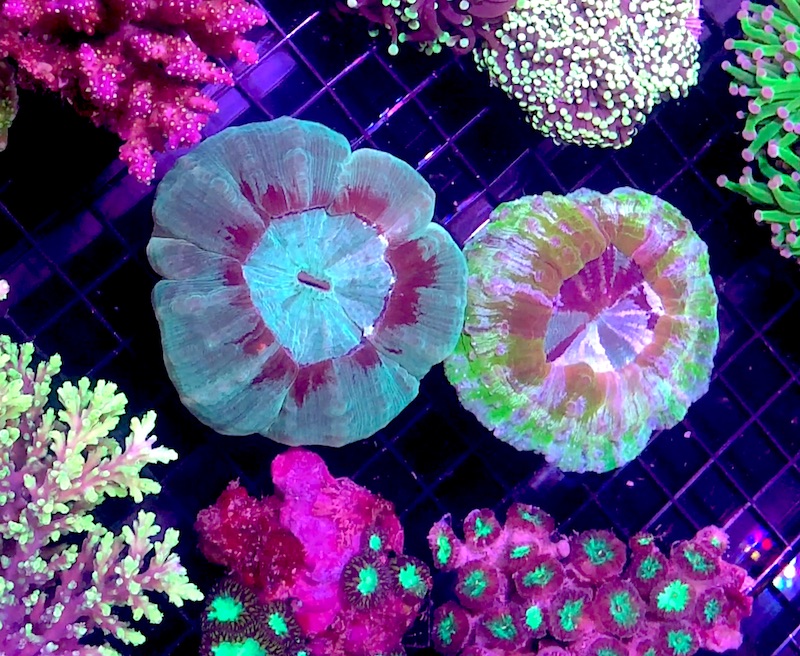 At ReefStock Denver earlier this year Julian Sprung acquired the last polyp of this mysterious coral and we were temporarily satisfied to identify this coral as simply an unusual strain of Indophyllia. But as if almost on cue, just days after we requested some photos of Julian’s polyp he noticed that this coral was sending out a sweeper tentacle that was stinging a neighboring Indophyllia.

This stinging coral behavior is not one we’ve documented Indophyllia before but it does potentially qualify a completely different coral that does exhibit this aggressive behavior, Acanthastrea pachysepta. For decades this coral was classified as a Lobophyllia due to its large colonial polyps but more recent genetic analysis revealed that it is actually an Acanthastrea, corroborating what many coral dealers already know about this coral – ‘orange lobos’ will sting and kill any neighboring Lobophyllia colonies, but not each other. 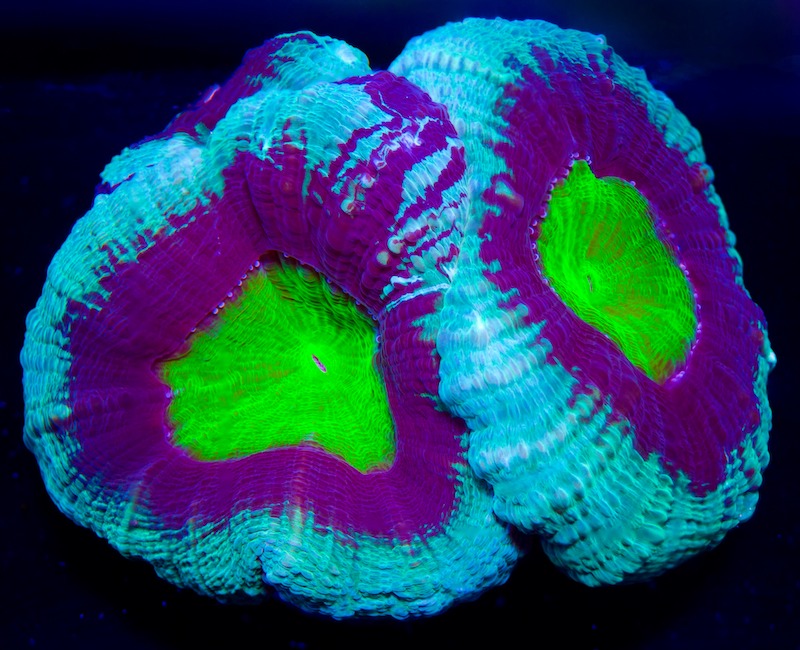 Indeed, the color pattern of the mystery LPS coral does bear some resemblance to recognizable color strains of Acan Pachysepta, but the puffy and smooth coral polyp just doesn’t quite fit the search image we’ve developed for this coral. So we’re not overly sure what this coral is exactly, we’re leaning towards identifying this strain as a very rare hybrid of A. pachysepta, or it could be a very species of Acanthastrea that comes from a very small natural range like the undescribed ‘Tonga-Mussa’ that we only see from the South Pacific.

In the meantime we’ll have to keep an eye out to see if any more specimens turn up and observe how the very few frags of this coral grow out over time.

Worldwide Corals is Sharing Their Reefing Style Through Aquarium Maintenance