For the last few years we’ve been part of a cabal urging reefers to really push their aquarium pH ever higher to achieve robust stony coral growth. There are lots of little things you can do to elevate the pH of reef aquarium water including continuous and frequent dispensing of buffer throughout the day, using a macroalgae scrubber to absorb carbon dioxide, and routing the air intake of your protein skimmer to pull in fresh air from outside.

But by far the most effective way to boost your pH while also adding calcium to your water is to use regular or continuous addition of calcium hydroxide, better known in the aquarium hobby as kalkwasser. A proper kalkwasser dispensing setup will generally account for a dependable rise of 0.2 points of pH across your daily range which is why we were really stumped when we suddenly stopped seeing this strong influence of kalk dosing on our own reef tanks.

Our kalkwasser setup is unique in being a centralized system wherein one reservoir is used to supply fresh water to five different reactors across the Reef Builders Studio, using five separate Versa dosing pumps programmed for continuous dosing mode. This 50 gallon reservoir of freshwater was initially filled manually using a hose which took some time and we had to pay regular attention to its level to make sure it didn’t become empty.

Several months ago we decided to automate this process of filling the reservoir by simply routing a water line from our water filter using a float valve & shut off valve to automatically keep it filled. It was around this time that our average pH range started to decline across all of our tanks but at the time we chalked it up to the confines of winter causing an increased carbon dioxide level within the studio. The usual routing of the air intake from the outdoors seemed to help and bolster the pH but it only bought us about 0.05 points of pH elevation, so something was still amiss.

At the same time we noticed that our usually clear kalkwasser reactors started clogging with precipitate a lot more than we had previously experienced. The only way that the sealed chambers of Calcium Hydroxide could be forming calcium carbonate was if carbon dioxide was somehow making its way into the reactors, and the only way that could be happening was through our freshwater reservoir.

We turned our attention to the freshwater reservoir and decided to test the starting pH and see if we could observe any significant change with the addition of aeration. We put a large airstone inside the reservoir and low and behold, the pH (of the freshwater) rose from 7.95 to 8.35, a clear sign that excess CO2 was being driven off with simple aeration. Furthermore, once we recharged the kalk reactors by emptying and refilling them with fresh kalk, they no longer formed any new precipitate beyond the usual surface crust while the water volume within remained clear. 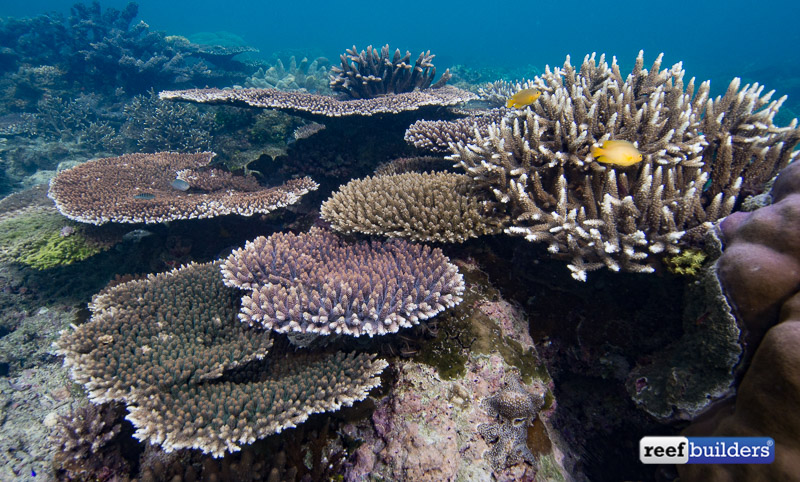 Best of all, following the small changes the aquarium pH water which had been stuck at 8.0-8.2 throughout the day and night cycle quickly jumped up to a more beneficial pH range of 8.2 to 8.4 and just yesterday one system cracked our preferred upper pH limit of 8.51! As it turns out the previous process of filling the reservoir with a hose and all the splashing within created enough aeration to discharge most of the CO2, but using a sealed water line to automatically keep them filled just kept all the CO2 locked in the top-off reservoirs.

It’s astounding to think that a simple procedural change to how we filled the reservoirs had such a big impact on our aquarium chemistry, and that just adding an airstone to the freshwater pretty much solved our pH problem. Sometimes it’s really the simplest things that can have a cascading effect on the chemical balance of our reef tanks and while we were baffled to why our pH was running so low, the solution was provided by one of the oldest devices in the aquarium hobby, an air pump. 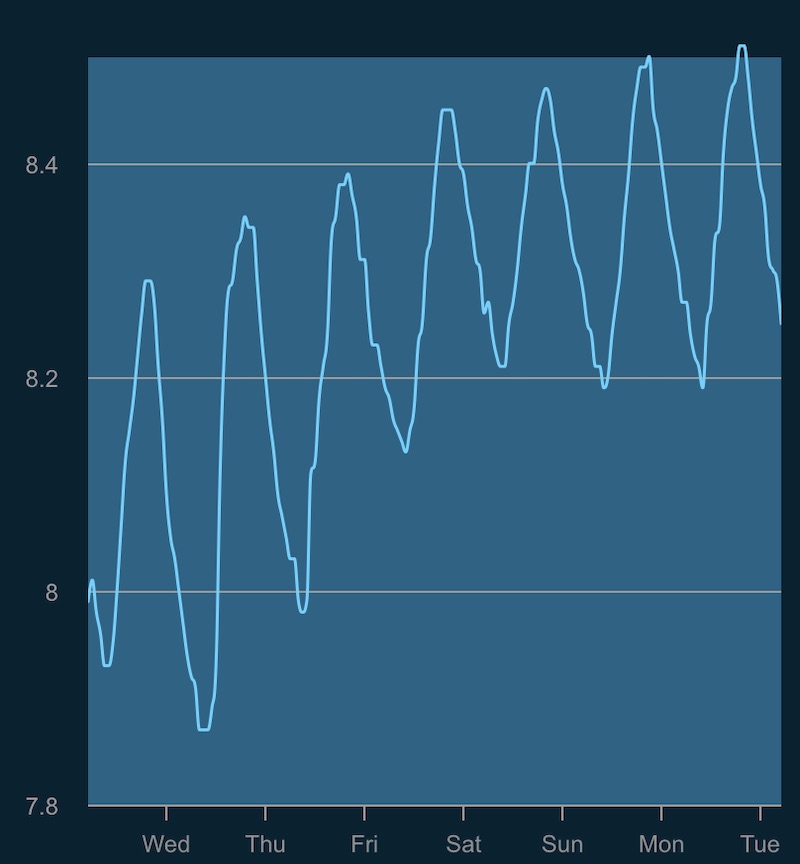 This is NOT a Blueface X Sixbar, it's a Sixbar x Blueface Hybrid