The Silent Giant was a celebrated air pump made for decades from the 50s to the late 70s and is so cherished that instead of replacing it, aquarists go to great lengths to get theirs repaired. The Hydra Aquatics Silent Giant is a new air pump that is aiming to pick up the mantle of the original’s powerful air flow and silent operation with a new model for our generation.

Air pumps are infrequently used in the saltwater aquarium hobby and mostly for niche applications and as a source of routable air supply but when you have a need for pressurized air, you want to make sure and have a reliable air pump. Since they are most often used as airlifts in the most value-conscious of aquarium setups, most air pumps are just made to be as cheap as possible so it’s refreshing to see Hydra Aquatics bring a higher performance air pump to market. 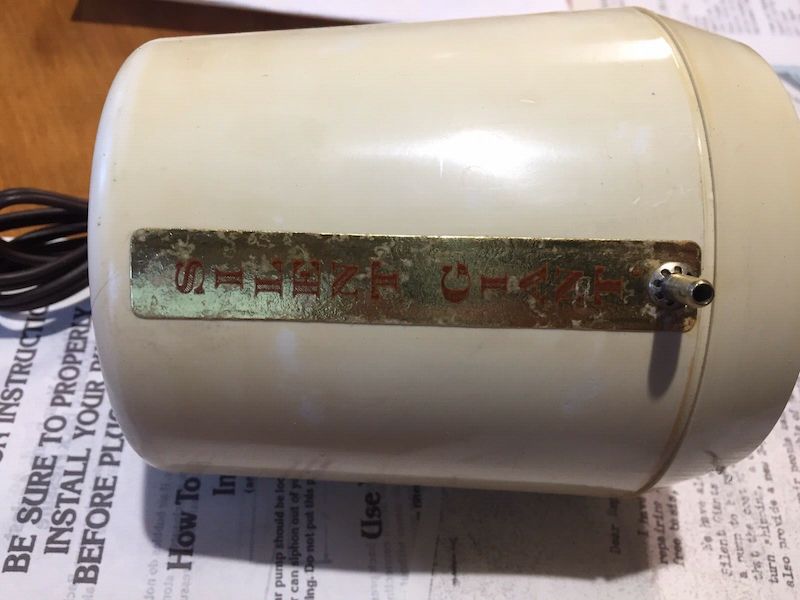 The (new) Silent Giant air pump has air flow control using a top mounted electronic rheostat to adjust the airflow coming from its dual outlets. Instead of being filled with sand to dampen the sound by increasing its mass and minimizing vibrations overall like the original, the new Hydra Aquatics Silent Giant instead uses a double wall design to insulate any potential noise to achieve a noise level of less than 30 decibels.

Most reefers probably haven’t read this far into a post about an air pump but we find them irreplaceable for emergency situations like power outages, increasing aeration when treating a fish tank display with medication, or – and this is a big one – degassing the CO2 rich effluent of a calcium reactor before it reaches the aquarium, thereby keeping a higher overall pH. Even if you don’t use it all the time, every aquarist should have a strong, reliable air pump in their toolbox of reef aquarium gear and if it’s good enough for AquaMan Knox, the Silent Giant is good enough for us![AquaLife]

Aerospace Hydnophora is a Wild Color Morph of Horn Coral