The Transformation of the Shining Dragon Acropora

Acropora carduus is a great reef aquarium corals that goes by many names, and has been enjoyed by reefers around the world as the fast growing ‘Red Dragon’ Acro. First introduced into the aquarium hobby as maricultured colonies from Bali Aquarium, the Red Dragon has become one of the most iconic so-called ‘deepwater’ Acropora which is tolerant of lower light and will grow well even in average reef tanks. Acropora carduus is a great coral not only for reef tanks but it is also an excellent candidate to farm in Indonesia where many deeper water habitats accomodate this species’ preference for slightly deeper water where there is lower, bluer light and gentler water flow. 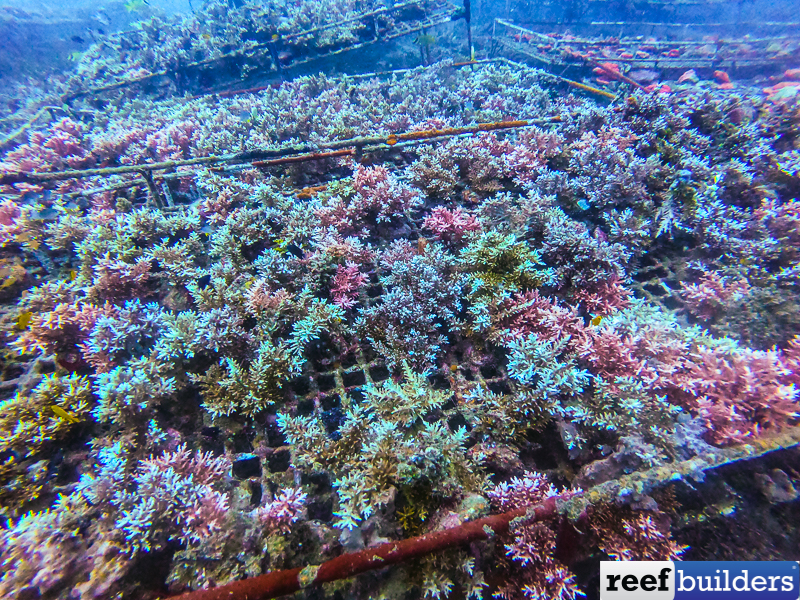 Throughout the years many other colors of the ‘dragon’ Acro have been celebrated in our reef aquariums including purple dragons, blue dragons, and more recently it has become more widely farmed in orange and golden colors in Indonesia. Vincent Chalias of Bali Aquarium has been expanding Bali Aquarium to grow some of their truly unique coral strains in land based farming tanks that more closely resemble our modern reef aquariums, in addition to their ocean based farms.

The Bali Aquarium land based coral holding and culture facilities are a great way for the company to learn more about how their corals develop and change colors in reef aquariums and very recently  an exciting new variety of Acropora carduus was discovered among their corals that we are calling the ‘Shining Dragon’ Acro. This fantastic new color morph of the beloved Carduus Acro is a brilliant bright yellow with just the slightest hint of green resulting in a glowing deepwater SPS coral that almost dips into the lime color spectrum.

When these assorted Carduus Dragon strains are first harvested from their deeper water farming locations, they are all various shades of light brown with only an inkling of the coloration potential they can develop once they are conditioned to reef aquarium conditions. It was only after nearly 100 days in the Bali Aquarium inland coral farming systems that the shining dragon started to stand out from the rest and shocked the staff with the shiny yellow coloration that we see illustrated in these images. 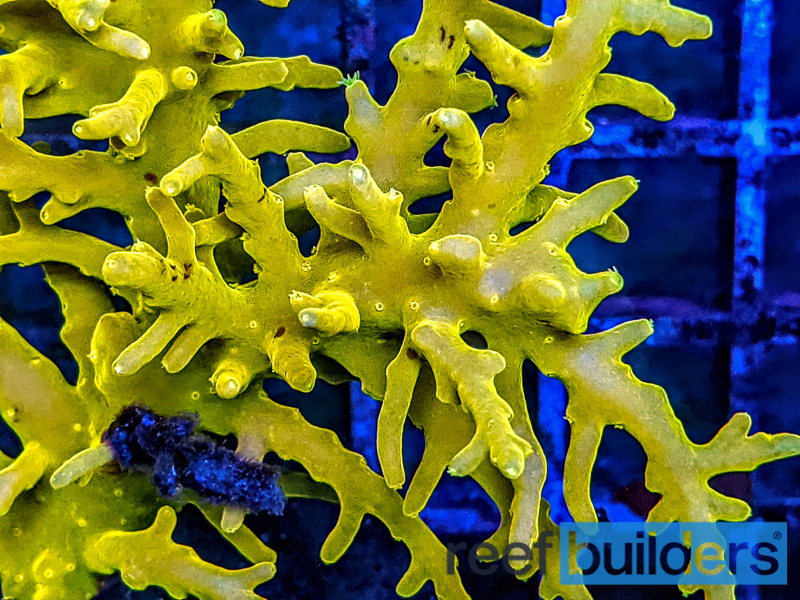 When we first saw these pictures we initially thought that the Shining Dragon was just a rare color morph hiding amongst the many different color varieties that Bali Aquarium farms out on their deepwater sites. But upon closer inspection of the full resolution images, we began to form a different, and potentially more dynamic theory about how this new dragon Acro came about.

The first detail of the Shining Dragon that caught our attention is that there are some subtle hints of light metallic orange coloration in certain parts of the colony, and it is especially noticeable at the extremities of the branch tips. Another aspect which got our gears turning is that the coloration is not exactly uniform and a little swirly which is a feature we usually associate with corals that have been ‘infected’ with foreign fluorescent proteins, usually the green GFP, which is referred to as ‘grafting’ in the aquarium hobby.

We can’t be sure that the Shining Dragon is a regular orange or golden morph of Acropora carduus that picked up some GFP somewhere along the way, but it is very plausible origin story since Bali Aquarium has been farming many color morphs of this species and this is the first time this species has been observed sporting this wild glowing coloration. What we do know for certain is that the Shining Dragon is on a whole different level in terms of coloration compared to other deepwater Acros and we hope it gets earmarked for targeted cultivation so it can be enjoyed by reefers all over the world. 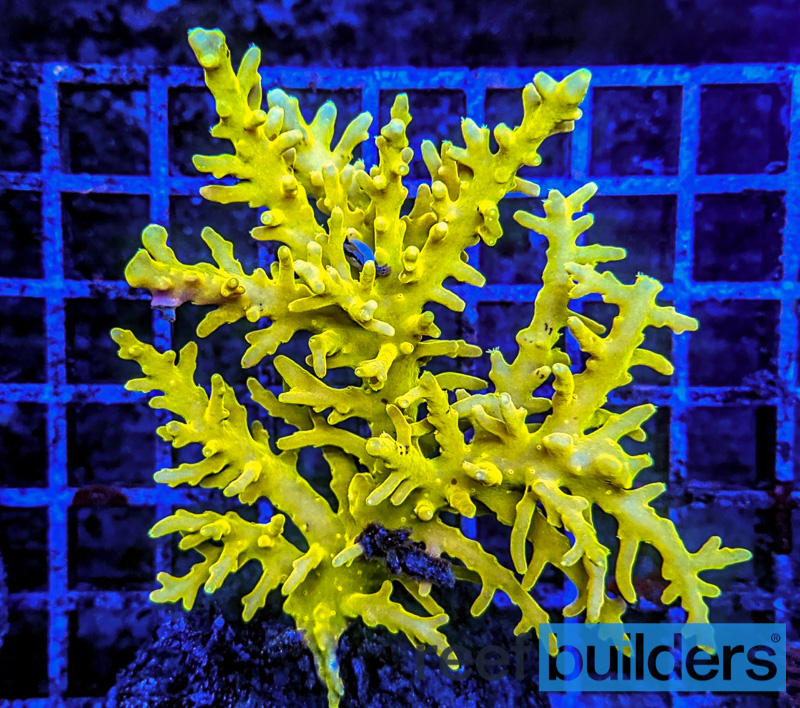 Top 10 Takeaways of the SKY LED Light, a Pre-Release Review