De Jong Marinelife’s New Coral Farm
Recently, Arie de Jong (founder and director of De Jong Marinelife) took me for a short tour through one of their newest facilities: their new large coral farm. Insiders might know they already have a small coral farm in their main building. This farm, according to Arie, is mainly practice for the big farm that now has been running for a few weeks. The beautiful show aquarium in the small farm is a perfect example of the capabilities of the skilled staff. In the new farm, things are scaled up. Around 50.000 corals are growing under strictly controlled conditions. The pictures speak for themselves. 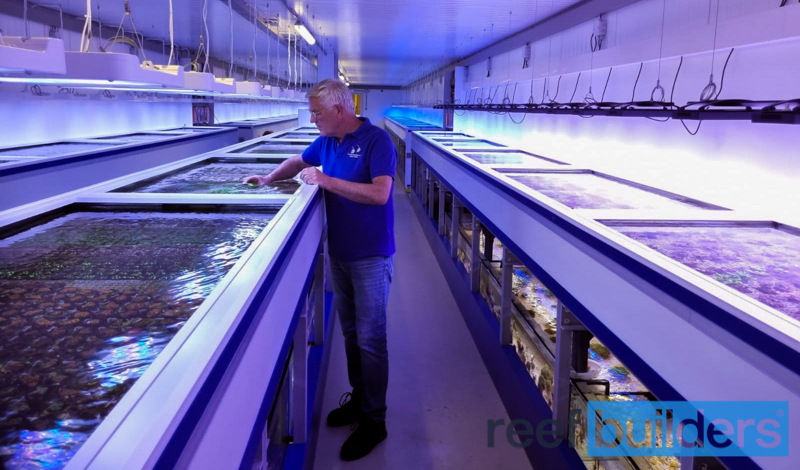 The facility is located in a warehouse nearby the main building. This warehouse has a size of about 900 square meters, the coral farm is 200 square meters. The farm consists of 6 systems with each 38 tanks for mother colonies and frag grow out. It contains around 50.000 litres.All six systems run independently. In each tank there is a small group of fish with beneficial tasks, such as a wrasse for parasite removal and some algae grazers. Fun fact: each of the tanks also house a gem tang! All systems are set up with high quality equipment, such as Bubble Kings, Abyzz return pumps, Alkatronic, Neptune Systems, Ecotech and Philips Coralcare.
See also  Amphiprion omanensis, the Rare Oman Clownfish Arrives at De Jong Marinelife 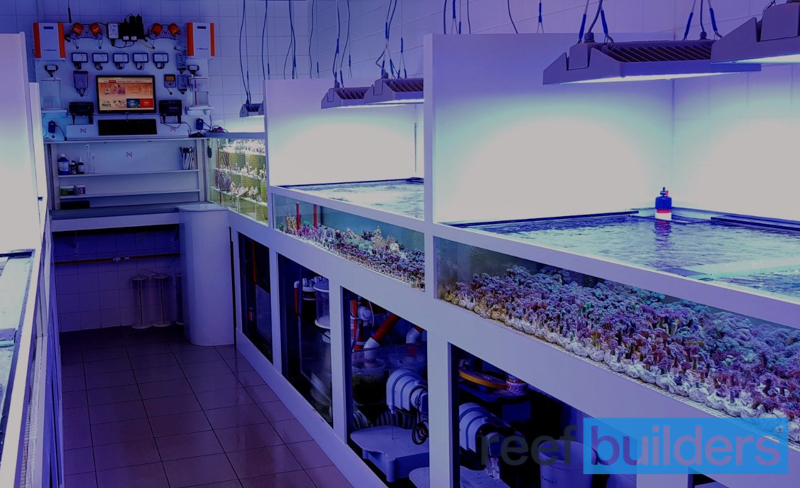 Next project in this warehouse will be an area of 300 square meters for sexual reproduction of corals. This project will be started when the rebuild of De Jong Marinelife’s current fish farm (located in yet another building) is finished. It definitely shows off their ambitions for the future. Thank you again for your hospitality Arie! 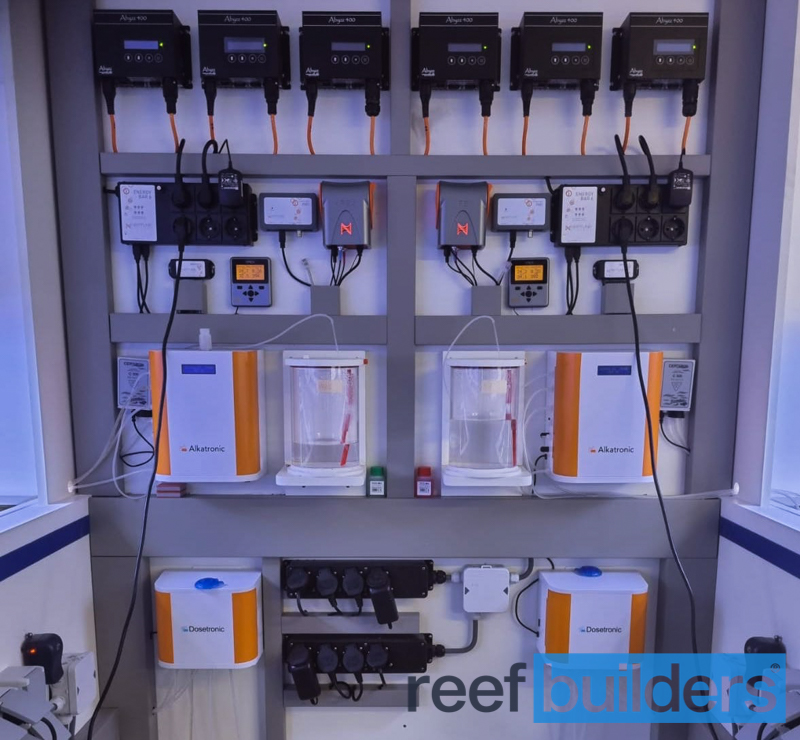 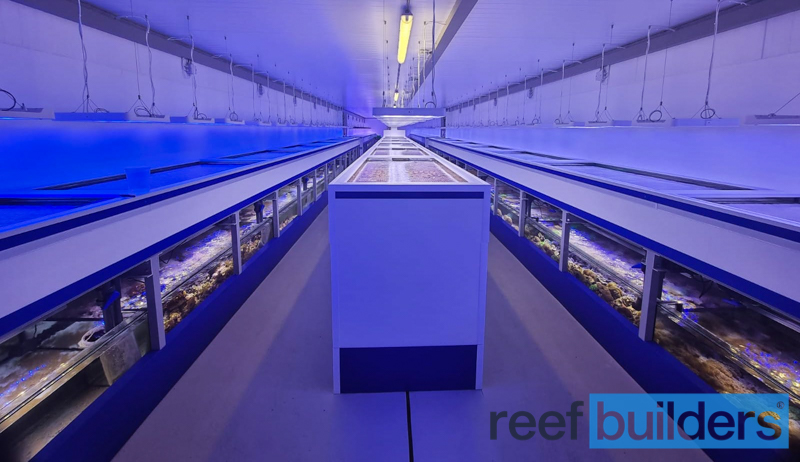 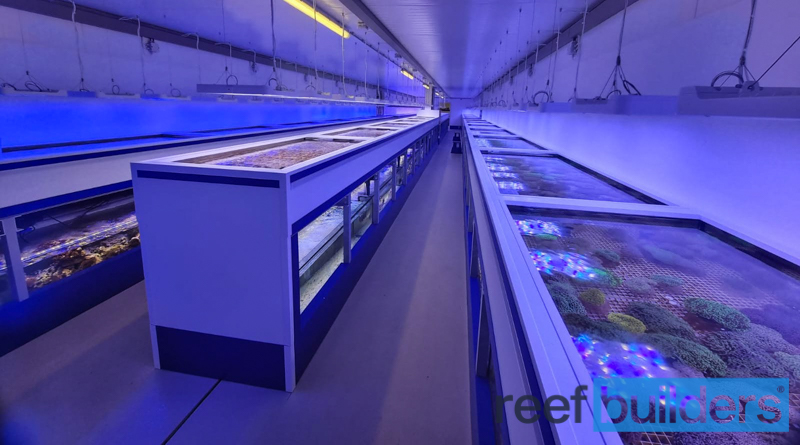 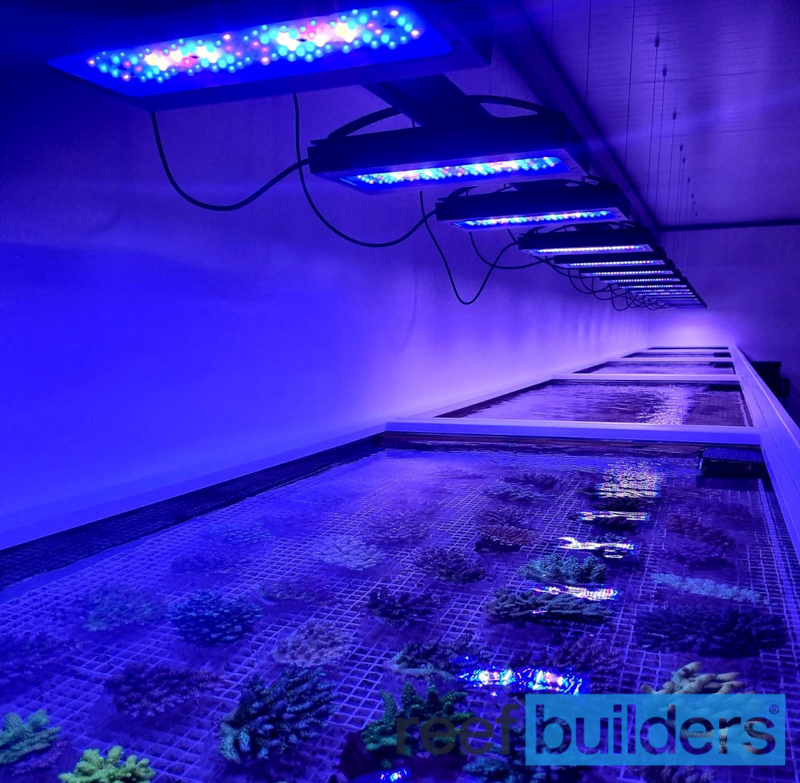 The Best Video of Centropyge nahackyi Ever!