Gold Torch Anemone is Unlike Anything We’ve Ever Seen

If you’re anything like us, when your eyes first focused on the image above you instinctively thought this coral was one of many new strains of gold or holy grail style torch corals which are all the rage in the reefing world these days. But you’ll be amazed that this ‘torch coral’ is not even a coral at all, it’s a radically colored anemone that was discovered by Nick’s Oceanarium at his local wholesaler in Australia. 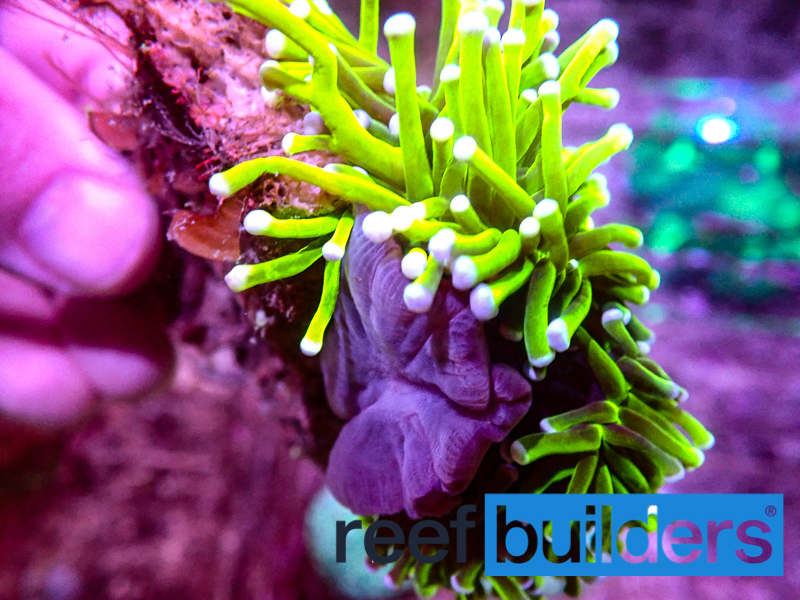 Imagine the diver’s surprise when he swam down to what he thought was almost certainly a gold torch coral but then saw it quickly retract like an anemone when it was disturbed. Indeed this perfect gold torch coral mimic has fooled everyone who expected to see a skeleton holding up that mass of perfectly costumed tentacles and there’s still a lot of questions surrounding the ‘gold torch anemone’.

Once you realize that this animal is an anemone and not a Sclaractinian the large pink foot of the animal paired with its thick, white tipped tentacles bares all of the hallmarks of a Ritteri anemone, although unlike any that have ever been documented before. Currently classified as Heteractis magnifica but which research has shown is probably more closely related to the Stichodactyla carpet anemones, the Ritteri anemone is known to have some variability to its appearance but nowhere near approaching the range of colors that we see in carpet or bubble anemones.

A ‘typical’ ritteri anemone is a large bouquet of jade green tentacles supported by a massive fleshy pink base but this is only the archetypal form that is photographed as large adults mostly in the Indo and West-Pacific ocean. One thing about ritteri anemones that is much less well documented is their juvenile and smaller specimens, probably because they don’t look like spitting images of their parents.

But what is well documented among anemones is their incredibly faithful mimicry of stony corals but this ecological behavior has not been verified in Heteractis magnifica. As we’ve seen in many types of grafted corals and half colored Nexus burst anemones, fluorescent proteins can seemingly ‘find their own way’ into the tissues of corals and anemones. 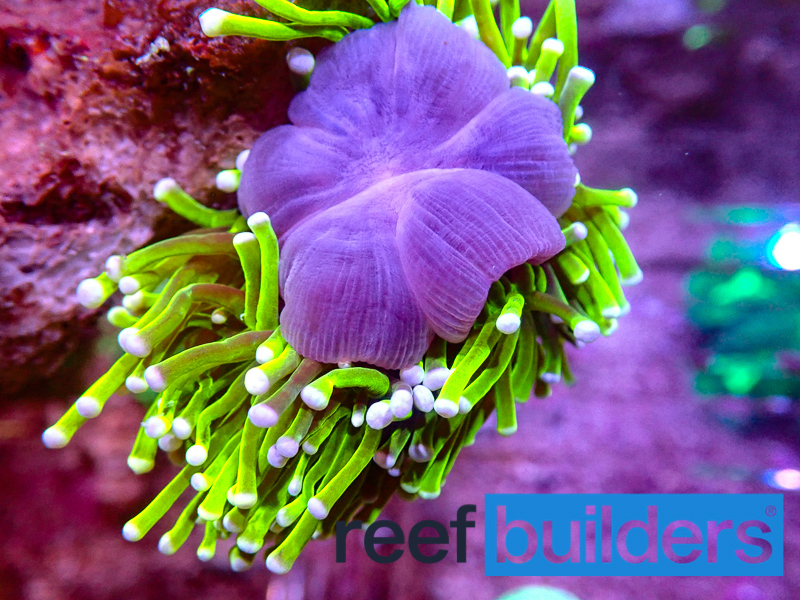 So whether this small (presumably) ritteri anemone is actively mimicking a torch coral, or if it just incidentally became ‘infected’ with green fluorescent protein somewhere along its development, the resulting anemone is a gorgeous specimen that we hope to learn more about. Thankfully this special reef animal will not be sold as Nick’s Oceanarium will be keeping it to see how it develops and if it is indeed a Ritteri anemone, there is a small chance that it could be asexually propagated.

Ritteri anemones can form large clonal colonies in the wild and they have been known to split in aquariums but we’ll have to wait and see how the gold torch anemone fares under Nick’s care. There’s even a chance that more specimens like it could be found, now that collectors know what they are looking for, although we presume they would already have collected any torch coral they saw with this kind of coloration shining like a beacon on the reef. 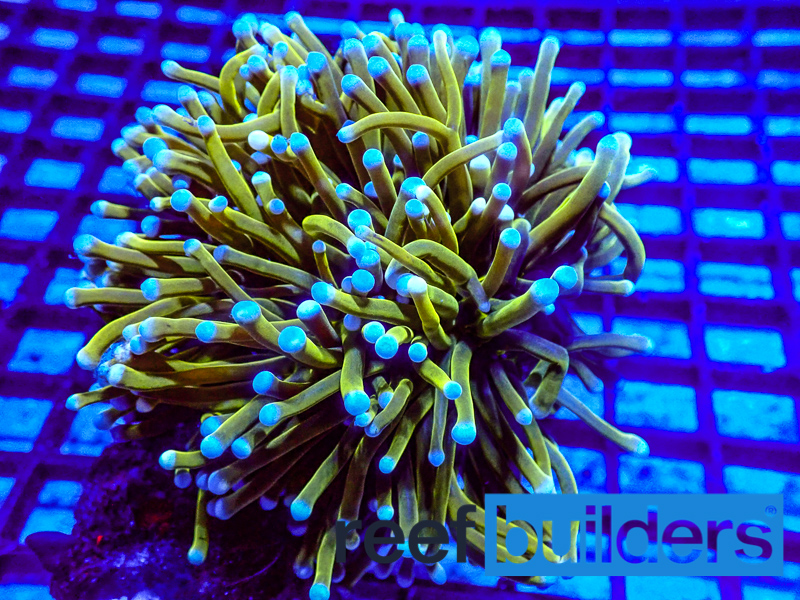