The Infiniti is a new commercial size filter roll just announced by the company formerly knowns as My Reef Creation which promises to deliver polishing of unheard of flowrates of aquarium water the likes of which we’ve never seen in an automatic filter roll. Before you get too excited about the MRC Infiniti you have to realize that this filter roll is an absolute beast measuring more than two feet in length and it is intended for only the largest of aquarium water volumes.

The webpage detailing the new MRC Infiniti is packed with the technical specifications we crave to truly fawn over this exciting piece of kit. The actual filter machine measures 28.25? x 16? x 16? with a base footprint of 22.5? x 13? and it uses a powerful 24v direct drive motor to turn the massive filter roll MRC is calling HyperSilk. 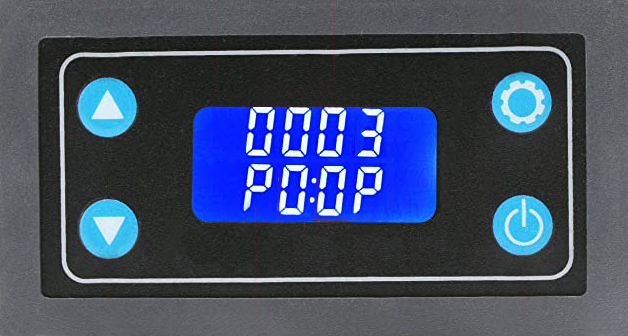 While most current automatic filter rolls only actuate the advancement motor when rising water triggers the float switch, the MRC Infiniti has a built in controller which enables users to program how long the motor advances the fleece for. This small but important detail ensures that the float switch is not constantly being triggered which can lead to premature burnout, but it also provides more fine tuning for how much water polishing the MRC Infiniti provides for your tank – there’s also a secondary 24v port for interoperation with aquarium controllers.

Having used a lot of aquarium filter rolls we know how hard it can be to source non woven polypropylene (NWPP) in bulk, and no doubt creating their own rolls of fleece material was no easy task for MRC. The custom specced fleece called Hypersilk is currently available in 30 and 50 micron mesh sizes and will cost $129 to replace but for that price you get a whopping 100 yards length providing a mental 72,000 square feet of total area for filtration.

The price for new rolls of HyperSilk might be eye watering at first but you have to consider that the MRC Infiniti is designed for flowrates up to 5,000 gallons per hour, making it suitable for the largest fresh and saltwater aquarium displays. Furthermore, the cost of doing water change volumes of hundreds of gallons on 1,000 gallon tanks is also quite expensive but with the MRC Infiniti you will not only keep the water ridiculously clear, but all the waste which is quickly exported before it can break down will certainly reduce the maintenance and water changes required, thereby offsetting the initial cost. 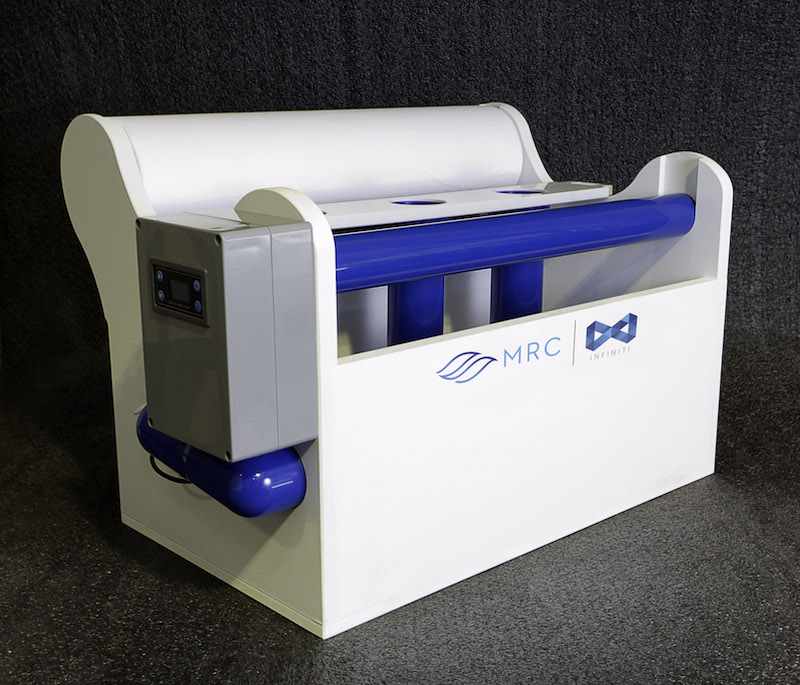 The MRC Infiniti filter roll itself costs $2500 and will come in two models, a left and right ‘handed’ version so you can be certain that the built in controller faces the proper side of the sump depending on where it is placed and oriented. The only detail that we don’t know about the MRC Infiniti is how the filter roll is changed and replaced but seeing as the HyperSilk rolls are three hundred feet long, you might only have to change it once or twice a year depending on the size of your system and how much you feed your fish and corals.

We believe that the MRC Infiniti should be considered for (some) tanks as small as 300 gallons because the resulting water clarity and unrivaled nutrient export should make it an awesome piece of filtration equipment for reef tanks, and even more so for both freshwater and saltwater fish displays. MRC has been working on the MRC Infiniti for a very long time and seeing as there is no real competition, we are convinced that it will dominate the filter roll in this category for a long time to come. [MRC]