Pseudanthias hangapiko is a new species of anthias from the South Pacific region of Rapa Nui, better known as Easter Island. The hangapiko anthias was discovered way back in 2017 during an expedition to explore the mesophotic reefs of Easter Island where a number of other species were also discovered including a basslet, a damselfish, a split fin anthias, many of which have already received the taxonomic treatment.

As we’ve come to expect from the California Academy of Sciences the newly described Pseudanthias hangapiko was discovered living on deeper reefs at a depth of 83 meters or 272 feet and it probably represents just the tip of the iceberg of endemic fish from mesophotic reefs of Rapa Nui. The new hangapiko anthias is a little on the smaller side with a maximum length of around 45 mm with most of the female specimens hovering around 33 mm, not including the nice lunate caudal fin. 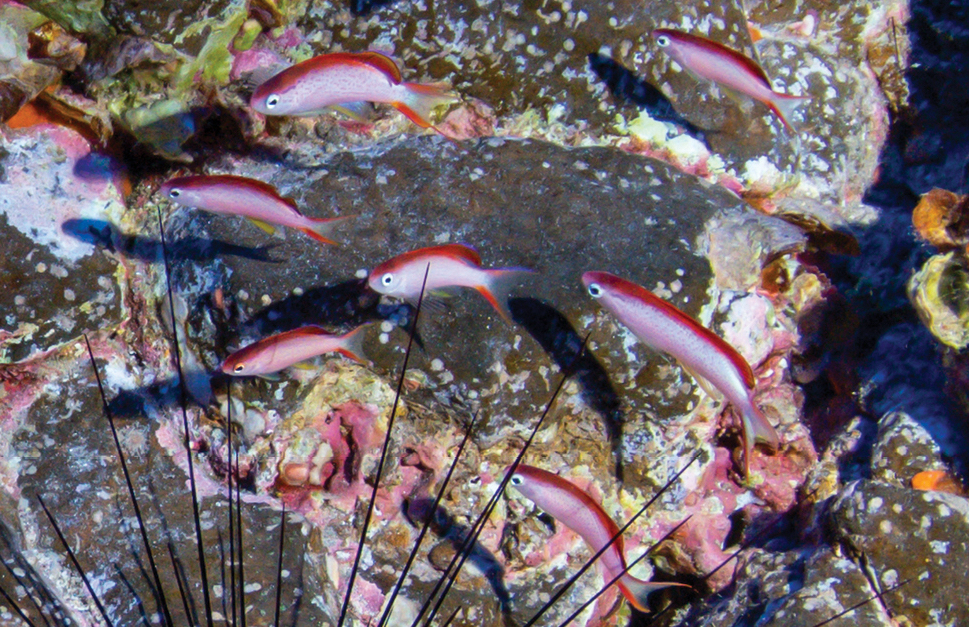 The females of Pseudanthias hangapiko are quite distinctive in their appearance with a silvery pink body that is bisected by a prominent red dorsal stripe extending from the snout all the way through the dorsal fin to the tail. At first glance the male hangapiko anthias is a little more typically orange overall but both sexes have unique magenta spots irregularly spaced across the body.

See also  Unomia is the New Name of Xenia elongata

The delicate slender body of Pseudanthias hangapiko is most similar to other Pacific ocean Pseudanthias species including the ventralis and Hawaiian longfin anthias which is supported by molecular analysis of their genetics. The discovery of Pseudanthias hangapiko at Rapa Nui extended the range of the Pseudanthias genus by 2,000 kilometers to the east and now that taxonomists are all caught up with their discoveries from Easter Island, we anxiously await to discover where mesophotic researchers will explore next.