Plectranthias kojiorum is the newest species of perchlet from the cradle of biodiversity for this genus which appears to be the northwest Pacific Ocean. This Japanese perchlet was first recognized as being something new and different by the staff at the Blue Harbor Aquarium Factory in Japan who provided the type specimen used in the description of Plectranthias kojiorum. 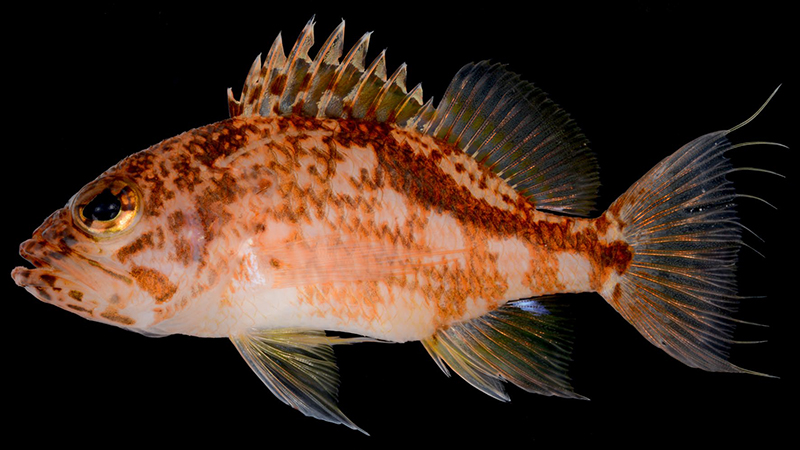 Koji’s perchlet was collected at the bone crushing depth of 150 meters, or just shy of 500 feet deep off Hamahiga-jima Island, near Okinawa-jima Island, Japan and is most closely related to one of the other newest species of perchlet, Plectranthias ryukyuensis which is also from Japan. Plectranthias kojiorum is a mostly brown perchlet species with a marbled or peppered appearance consisting of irregular white and brown blotches throughout its body, with an angular dark brown bar streaking across the body underneath the dorsal fin that itself is underscored by five circular white patches of color. 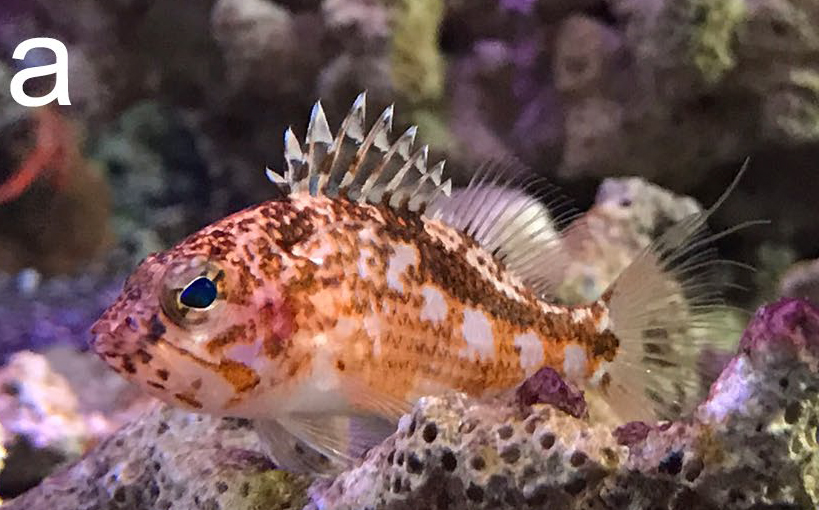 The holotype specimen of Plectranthias kojiorum clocked in at 49 mm or just about two inches long making it about average in size compared to other species in this genus of mostly small deepwater fish. With the description of Plectranthias kojiorum the genus now contains 65 officially recognized species with nearly a third of those, 18 total, known from Japan alone. Koji’s Perchlet is named after both Koji Abe (who collected the fish) and our friend Koji Wada (who donated the specimen) and was described by Koeda et. al in the latest edition of Ichthyological Research.