For over a decade we’ve been fascinated by hybrid marine life of all kinds and especially the ways that our beloved clownfish, angelfish, and many others turn out when their genetics get recombined in unexpected ways. While hybrid creatures may be mostly a novelty to reefers and aquarium collectors it turns out that hybridization plays a more important role in developing biodiversity in the marine environment than anyone ever realized.

A recent paper by Hobbs et. al. titled “Hybridisation and the evolution of coral reef biodiversity” really caught our attention for taking a look at the occurrence and prevalence of hybrids on coral reefs wherein they report that at least 183 fish and 81 species of stony corals are known to hybridize. On the one hand we were surprised to learn that the number of fish species that hybridize seems on the low side, but we were shocked to discover that so many Scleractinia have been confirmed to hybridize. 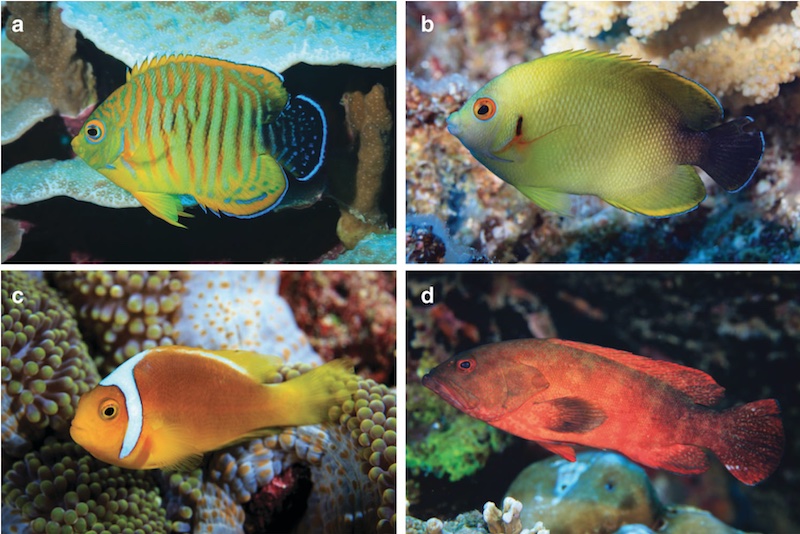 Since marine fish species generally have such conservative colors and patterns it’s quite easy to speculate about the unusual origin of fish hybrids but with stony corals which have such variable growth forms to begin with, it’s much harder to point to an unusually shaped colony and use hybridization as the explanation. Tigerpyge angelfish, leucokranos clownfish and one of our favorite hybrid fish, the sohal x clown tang pictured in the header image, are clearly blends of their parents and almost exclusively occur where two species ranges overlap such as in Socotra.

Like we already stated with the corals it can be much harder to be visually tipped off that there’s something unusual about its pedigree but thankfully the advancements of new molecular analysis tools are helping to characterize their genetic history. One great example among the Acropora is the hybrid species A. prolifera which is the product of staghorn A. cervicornis and the elkhorn A. palmata but some West Pacific species including A. pichoni, A. rongelapensis, and A. rotumana, all of which develop into very distinctive growth forms, also appear to have been recently involved in hybrid gene mixing. 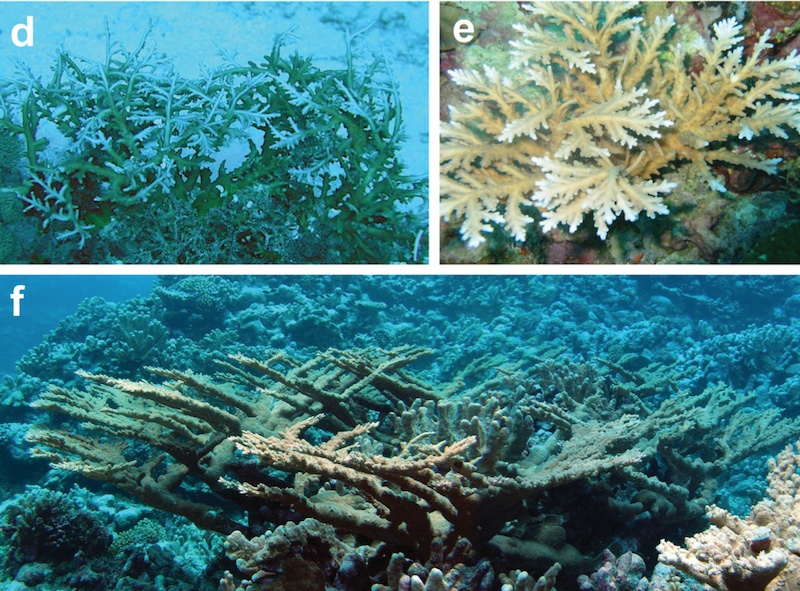 So what does all of this hybridization business have to do with evolution and natural selection anyway? The overall impact is not perfectly clear as we’re just beginning to understand that it happens and the species boundaries for corals is not nearly as well defined as it seems to be in fish but for sure in some cases hybridization helps to increase biodiversity and in others it seems to reduce it. This new paper on the hybrids of coral reef fish and corals simply shines a light on the phenomenon and its prevalence in the marine environments but we selfishly just really wanted a good reason to share with you the images of some of these lesser known hybrid corals and fish. [Coral Reefs]