In the world of tropical oceans, coral reefs, colorful fish and lots of endemic species the Red Sea has always been regarded as one of the most unique locations on earth. This semi-enclosed Sea has fostered a kind of ‘super reef’ where the water is warmer but also slightly more saline making it marginally enriched with all of the minerals and elements that our corals need to thrive and grow.

It’s never been proven that this boosted chemistry is responsible for the next level coral growth that happens in this part of the world but it certainly isn’t hurting as evidenced by the copious coral growth and resulting luxurious coral reefs. In most parts of the world the coral cover is estimated in terms of ‘percentage of coral cover’ but in very few coral reefs including those of the Red Sea you can see that there are literally layers of stony corals all growing on top of each other. 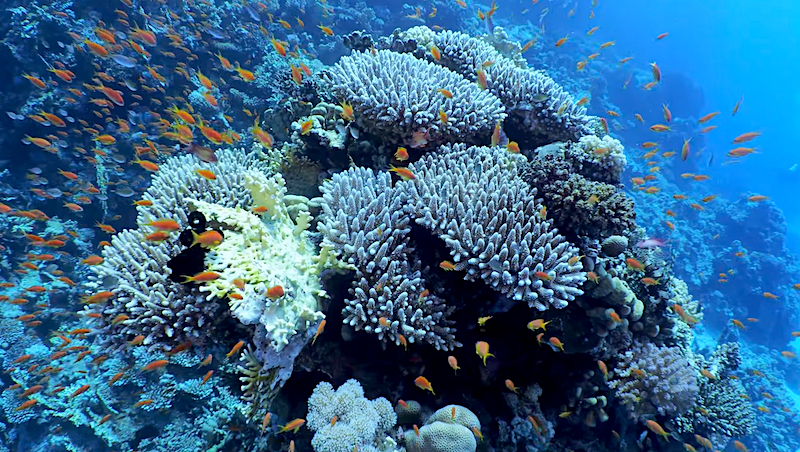 The coral reefs of the Red Sea are lush with Acropora, Pocillopora, Porites and it’s one of the more unique regions of the world for having beautiful exuberant colonies of Millepora fire corals. You’ve likely come across many photographs of the Red Sea, often being used to promote diving all over the world but there’s no confusing the crystal clear water, assemblages of this specific group of corals and many unmistakable reef fish for anywhere else in the world.

See also  How To Glue Corals in Your Reef Tank [Video]

Like virtually all coral reefs around the world those of the Red Sea are facing increasing pressures from coastal development and challenges from a rapidly changing environment – and it doesn’t help that the Red Sea is one of the busiest shipping channels due to the connection provided by the Suez Canal. Despite all of the cards being stacked against the Red Sea it seems corals in this region are still thriving with most areas and dive sites showing very little signs or evidence of environmental degradation.

The beautiful high definition video recently shared by coral reef ecologist Joseph Pawlik clearly demonstrates the ‘paradox’ of coral reefs in the Red Sea thriving against the odds and the indescribable stony coral growth that can be seen in this very unique ecoregion. If you ever wanted a measure of how large and amazing stony corals can become you’ll definitely want to take a gander at this impressive documentation of stony corals in the peak of health and it should set the bar for what many of us aspire to recreate in our home aquariums.