If there’s one iconic reef aquarium fish that we’ve come to associate with classic marine fauna of Australia the lined fairy wrasse is certainly very high on this proverbial list. If you rewind the clock almost almost twenty years to when Australian imports were few and far between the lined fairy wrasse was one of the most exotic fish we could think of and we hoped to see just one when cracking open those fish boxes from the other side of the world.

After more than two decades of associating Cirrhilabrus lineatus with the reefs down under we can add one more collecting point to this species’ natural range since a specimen was just collected in Papua New Guinea just outside of the capital city of Port Moresby. It’s not a far stretch to imagine a lined fairy wrasse making its way to Papua New Guinea since the entire southern coast faces the Coral Sea where most C. lineatus are collected for the aquarium hobby.

At present we only have one example to go off of so it’s too soon to tell whether this individual is a rare waif from its natural range but we still remember how RVS Fishworld found plenty of classic central Pacific Ocean fish species in the Philippines such as Mystery wrasses, helfrich’s firefish and even chevron tangs! Seeing as Golden Ocean has only been operating in the area for a couple of months it’s probably safe to say this fish is the first of many to come and hopefully many new species we haven’t even thought of yet. 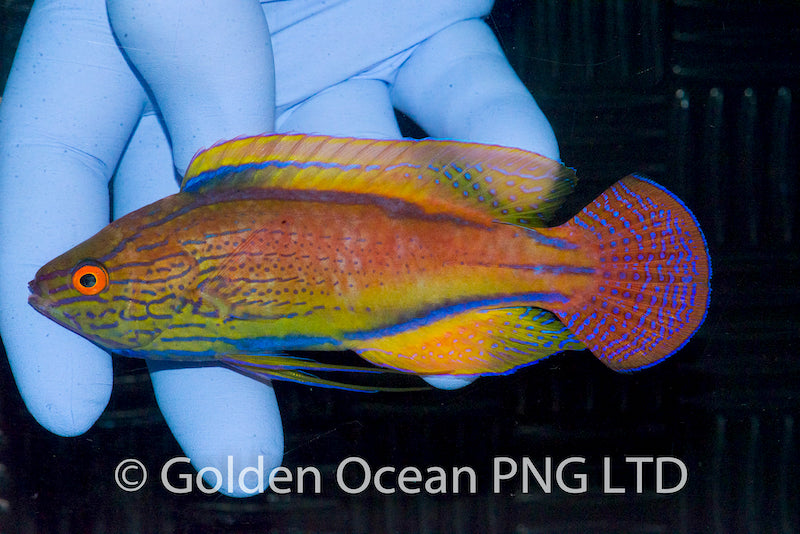