The company mission of Reef Builders is all in the name – we like to build reef aquariums and will go to every length possible to learn and discover the best methods and the most progressive equipment to make the most of our reef aquarium displays. Several years ago we started up a dedicated Studio to build out a variety of reef tanks showcasing a wide range of reefing gear from the nano tanks to the large displays but we’ve finally mustered the courage (and bandwidth) to finally start up the four hundred gallon Planet reef aquarium.

We finished the bottom-mounted closed loop a long while back but a lot of other pieces had to fall in place for this tank to finally get salted water. We still haven’t finalized a ‘forever sump’ for this reef tank but we took the blue collar route by getting the tank flowing using one of those newfangled Aqueon 60 Breeder Aquariums which is giving us more than enough volume to be the filtration space beneath this aquarium.

Now that the tank is up and running we’re also able to start testing out some larger pieces of equipment like the German Abyzz Flow Cannon 150 water mover, and the very uniquely designed Alexloga & Co protein skimmer from the Ukraine. The aquascape came together very nicely with a natural appearance bolstered by using three different types of live rock from Cornerstone, Caribsea and Tropic Eden and the variety of textures and shapes resulted in a very pleasing appearance.

See also  The Next Wave 85 Peninsula gets previewed at Vivarium 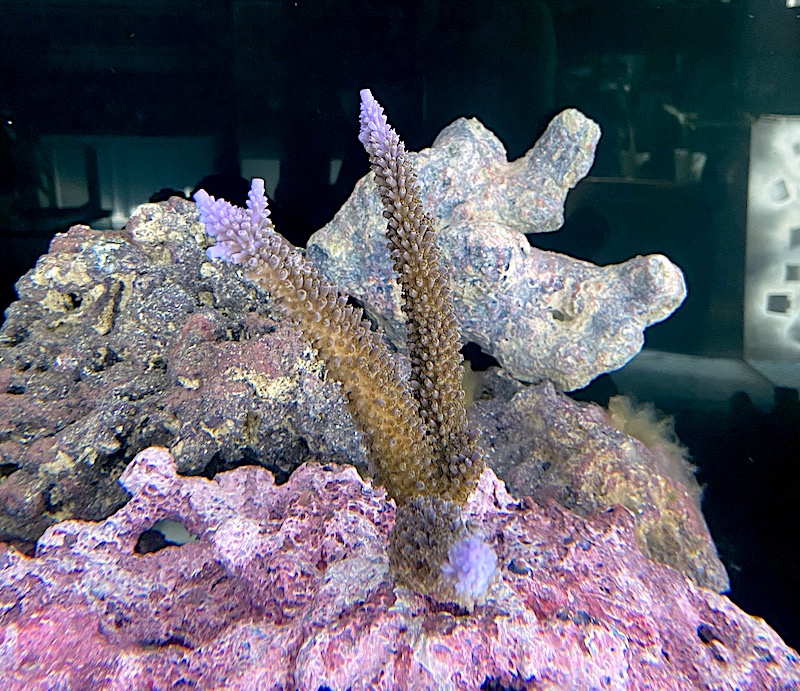 The lighting of this very high energy reef tank has yet to be fully fleshed out, we still need to build our signature mounting bar to go across the whole length of the aquarium but in the meantime we’re mixing and matching a variety of Radions and Primes, just to get the biology of the aquarium started. There’s enough light on one side of the tank for one starter Acro so the tank has already been christened with its first coral, a nice thick blue tipped stag horn Acropora from Australia called the Blue Lightning Stag aka the Derek’s Indecision.

Aside from buttoning up a few details like the dosing and future calcium and kalk reactors the tank is now officially started and we can’t wait to share with you the journey of populating it with many of our frag-grown coral colonies that are literally growing out of the water in some of our other tanks.

Linea made a Stand with a Slide Out Sump!