The Carbon Doser V2 is the second version of a very ingenious way to meter out pressurized gas, in aquarium applications this means carbon dioxide. To this day the overwhelming majority of carbon dioxide regulators use some kind of solenoid valve to simply turn the gas on and off but the Carbon Doser was the first device which actually metered CO2 at a steady, adjustable rate.

In collaboration with Tunze the Carbon Doser V2 is now enclosed in a new much sturdier housing which protects the internal mechanisms but actually makes it much quieter than ever before. We don’t have experience with the original Carbon Doser but the Version 2 is so silent, practically inaudible to the point that the only way we know that it’s actually working is by the periodic flash of the indicator LED blinking on and off. 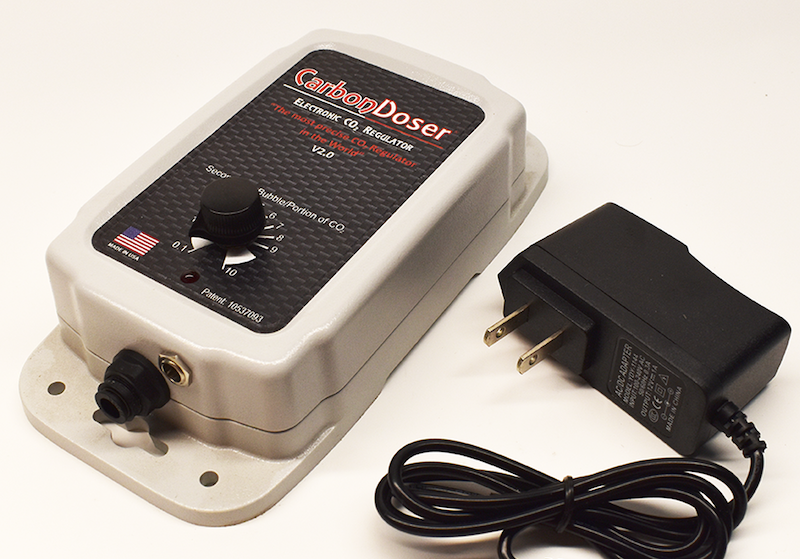 From what we’ve heard from other users the Carbon Doser v2 is a much improved version in terms of the operating noise but alas one change we wish they had made was to the range at which the Carbon Doser operates. Like the first generation the V2 operates between 0 and 10 seconds per bubble making it most precise at the smallest amounts of carbon dioxide dosing.

This means that the Carbon Doser V2 is most suitable for metering out tiny amounts of CO2, like on very small planted aquariums, but who is going to spend $350 to get very precise release of CO2 on the smallest tanks? Where the precision is really needed is at the highest volumes of CO2 dosing which would be much more useful in precisely dialing in the acidifying gas on the largest of planted aquariums or most demanding of calcium reactors. 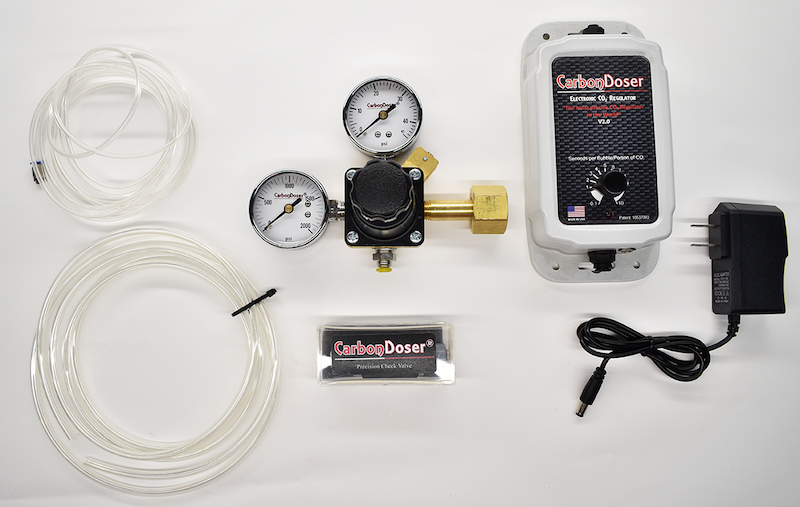 Perhaps the technology used inside the Carbon Doser V2 works best at its current range of seconds per bubble but having a range of bubbles per second would be much more useful, especially for applications which require a lot more carbon dioxide to be provided. Virtually all of the Carbon Doser users we spoke with have the device set to somewhere between 0.1 and 1 ‘seconds per bubble’ for their planted tanks or calcium reactors, which supports our position that the Carbon Doser would be most useful at a range of 1 to 10 bubble per second, not the other way around.

A decent, brand name CO2 regulator with a solenoid valve can be readily purchased for around $100, up to $150 for a few bells and whistles such as a quality needle valve for precise adjustment. It’s hard to make the case that the automatic Carbon Doser provides an extra $200 of value or performance when its sweet spot is far outside the range of what most demanding applications require, but hopefully the ‘solenoid’ part of the CarbonDoser will be more reliable compared to failure prone standard solenoid valves.

The Most 'Natural' Aquascape is Built With a Variety of Rocks