The ‘MetalHead Echinopora‘ is certainly not going to win any beauty awards and it’s a decidedly grey coral but what it lacks in fluorescence is more than made up for by a very unique branching pattern. In a reef tank full of Acros, Stylos, Montis and Birdnest the Metal Echino really stands out with the most irregular growth shape you’ve ever seen in a branching stony coral.

It’s no surprise why this kind of coral isn’t maricultured or regularly offered in the aquarium hobby because it takes a really passionate coral enthusiast to want to reserve some real estate to a coral who’s color can most generously be described as ‘silver’. That’s why we only even got this coral by collecting it ourselves in 2015 in the Solomon Islands and while you’d think it might come from calmer more sheltered habitats it was actually growing in shallow water exposed to very bright sunlight. 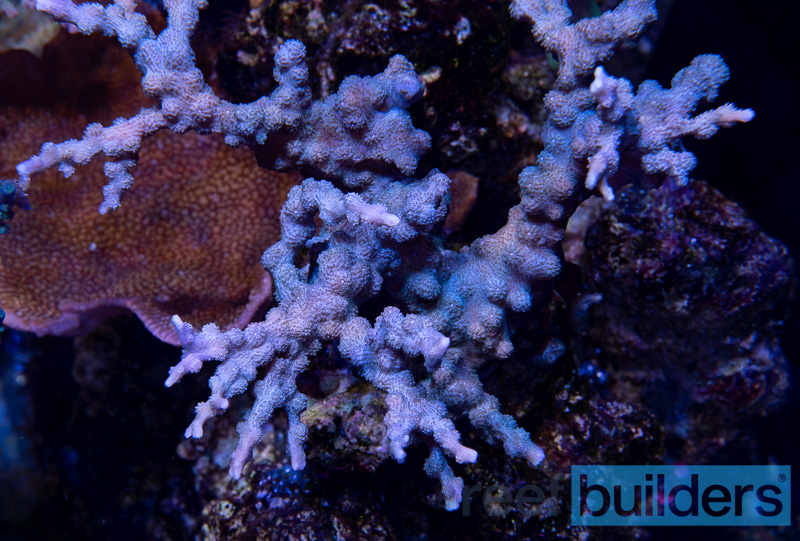 The Metalhead Echinopora gets its name from the highly irregular branching pattern which reminds us of demonic horns, especially in full spectrum lighting when the growth tips appear more of a light yellow color like the pale colored tips of natural animal horns. While hobbyists will be much more familiar with  plating species of Echinopora which grow like wildfire and are borderline invasive compared to many of the more reasonable growing corals.

Alas the Metal Echino doesn’t grow nearly as fast as other strains like the Sprung Stunner but that’s part of what makes it a special coral, it’s very manageable in a reef aquarium community of small polyp stony corals. There’s a handful of other of branching Echinopora species but we’re particularly fond of E. horrida since it’s not all that rare in the wild but just hasn’t yet received a nice spotlight in the reef aquarium community.

This Reef Tank by Kon is Practically Flawless [Video]