There are few corals more iconic and beloved across generations of reef keepers than the inimitable hammer coral, Fimbriaphyllia ancora, which is abundant across big stretches of the Indo-Pacific. For years we sought ever greener specimens of F. ancora, we collectively gasped when the first truly orange hammer corals started appearing in the reef aquarium hobby, little did we know that coral reefs had yet to reveal colonies of green hammer corals with orange tentacle tips!

Our first encounter with this mythical combination of colors in F. ancora happened at the first ReefStock Australia where we spent some time drooling over a borderline unbelievable colony in the booth of Queensland collector Salty Pets. Crazy ‘euphyllias’ have been a theme at each edition of ReefStock down under and this year we were treated to not one but two very different forms of green hammer corals with orange tentacle tips, and it just so happens that these were harvested from opposite sides of the continent. 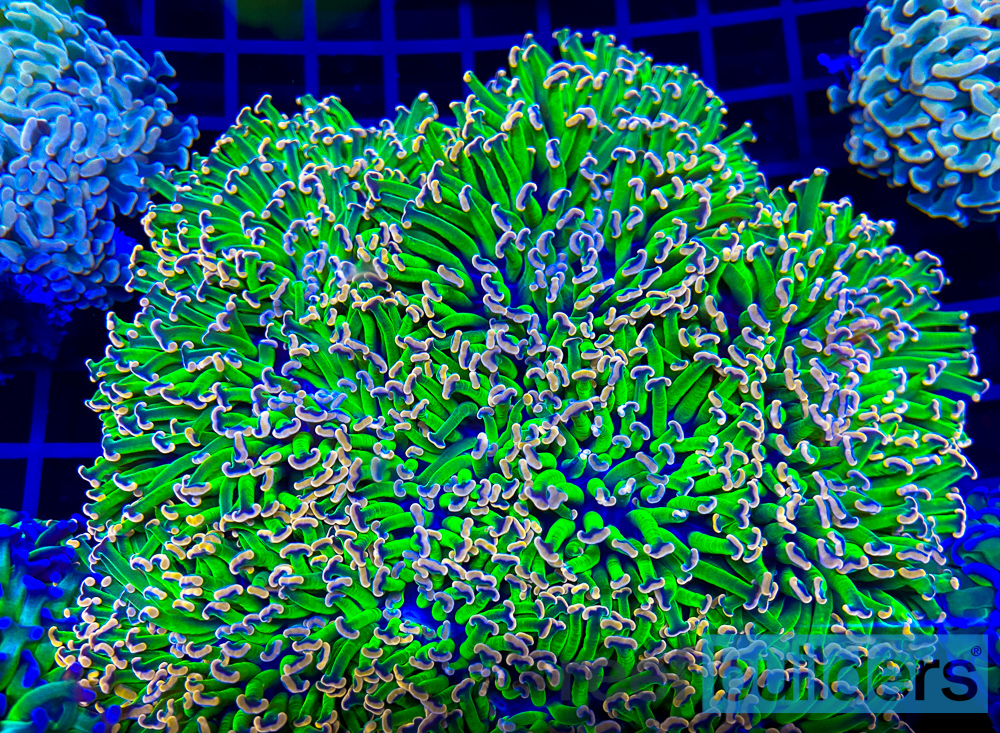 The ‘West Coast Edition’ of a green hammer coral with green tentacles tips was exhibited and collected by Ocean Reefs Marine Aquariums and it was a large colony with multiple ‘fronds’ of skeleton extending from the enter of the colony. The tentacles of these Indian Ocean F. ancora are thinner and more numerous with more defined hammer-shaped tentacle tip which showed more delineation between the green and orange color, with a hint of a black stripe at the base to add further contrast to this show-stopping colony. 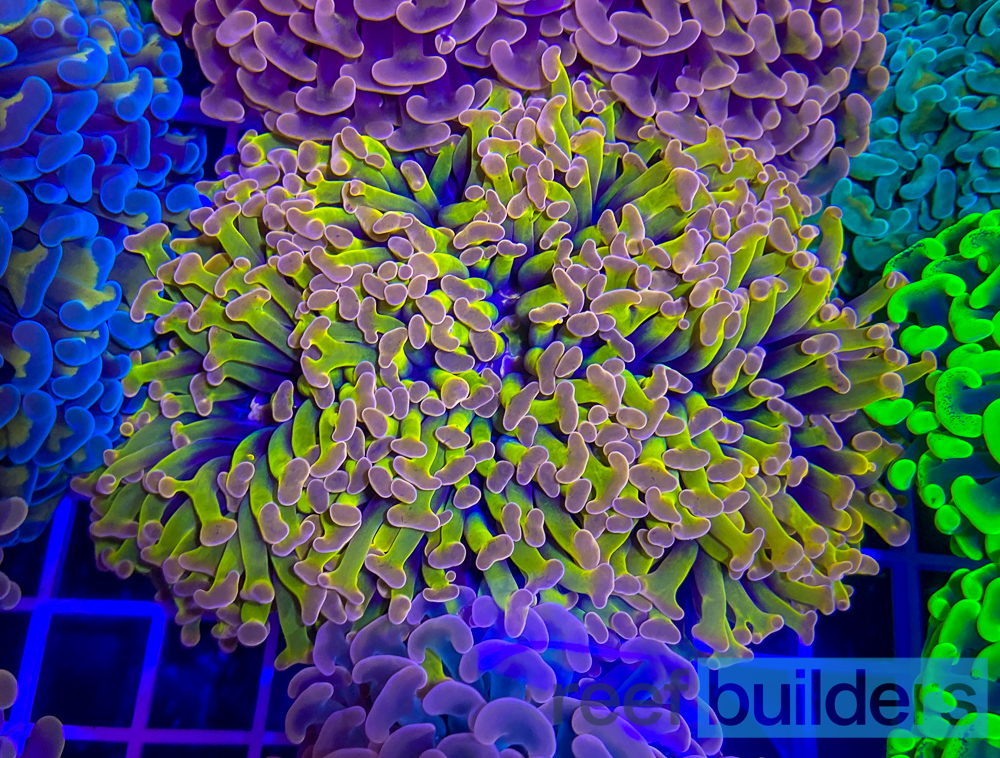 The East Coast Edition of F. ancora was exhibited by Nick’s Oceanarium & Terrarium and was collected in waters of the Coral Sea off the coast of Queensland. Despite having the same color pattern as the west coast version of hammer coral, Nick’s colony has fewer and thicker tentacles which were a little bit more lime green, with more rounded ‘anvil’ shaped tentacles that were more peach than orange in coloration.

While both of these corals are technically classified as Fimbriaphyllia ancora, there is a marked difference in their morphology, the growth form of the skeleton, and the shape of the tentacles. Even the precise shades of the green and orange colors they exhibit are not quite the same and this is the kind of diversity that we find fascinating to discover as coral freaks and reef aquarists. It’s not just hammer corals, f you look closely you can see even more differences even within a single species, not to mention that huge range of hybrids that we’re just beginning to start noticing and describing.

The Deep Water Rose Coral Reef is a Living Treasure