There is a clear disconnect between corals that are actually rare, such as Palauastraea or branching Echinopora, and the hype corals that get the likes on social media or command the highest price tags. Case in point is an incredible new color variety of Acanthophyllia we spotted at the booth of Gingerbread Corals a few weeks ago with a very unique holographic appearance that changes color based on the angle of the viewer.

This ‘holographic’ Acanthophyllia is a little bit on the smaller side for a meat coral but it appears to be both orange-gold with an underlying layer of green that comes and goes depending on how you look at it. Because of the holographic nature of this coral’s color it’s not exceptionally bright in either shade, and it has no stripes, patterns and not even a hint of spotting to mar this truly unusual color variety.

It’s no secret that Acanthophyllia are some of the most wildly colorful of all corals that we enjoy in our aquariums and we sometimes see unusual colors where areas of green or red overlap but Gingerbread Coral’s Holographic Acanthophyllia really takes this to the most extreme degree. While the Holo Acan doesn’t stand out among the most brilliantly colored examples of this species there’s no question it’s a very rare specimen but it’s up to collectors to decide whether it’s worth as much or more than some more eye catching polyps of meat corals. 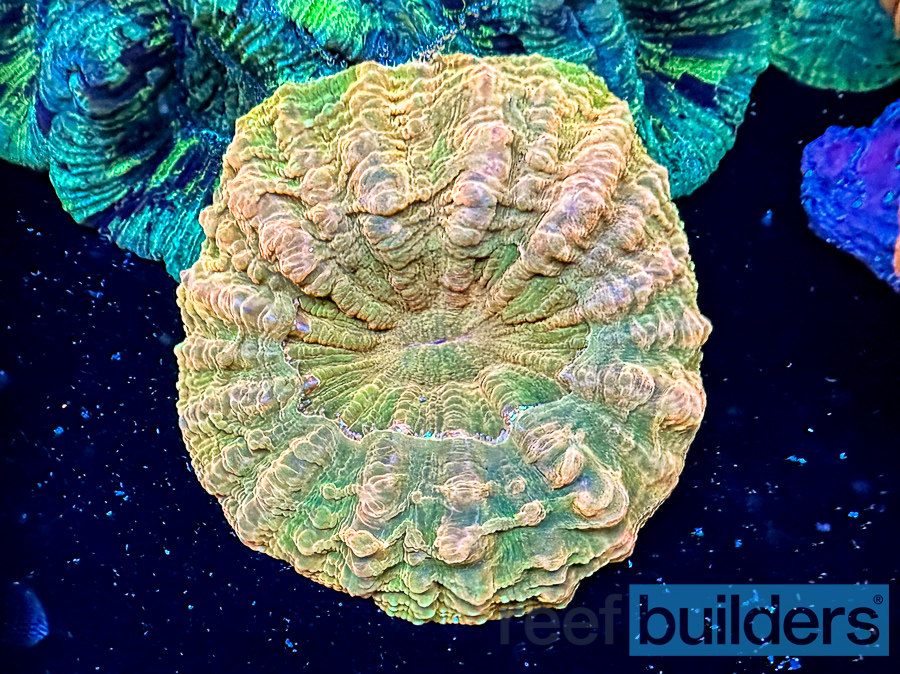 Xepta Abex gets a facelift and a feature update