Mirko is a professional aquarist and writer, he is the former editor and publisher of the groundbreaking Italian Aquart magazine and he currently is the front man behind the premier Croatian reefing website, CroReef.

AQUAFIM is a German company that started testing the concept of  “time release“ media in 2003 and production started in 2004-2005 with first samples for fertilisation of freshwater aquarium plants. In 2009 AQUAFIM received the award as aquaristic “Product of the Year“ in Germany. For the reef kepers it’s interesting that chemical elements like Calcium, Magnesium, Strontium, Iodine etc. are incorporated in the AQUAFIM® material , which is released through water in a controlled way over a defined period. As a long-term controlled diffusion integration, it ensures a constant availability of the required substances/compounds in aquatic environments. In other words concentration of the important elements in the aquarium is stable without the need for human intervention over a long period of time. A constant concentration has a stabilising effect on the growth of corals, over- or under-integration is prevented and animal life is protected. AQUAFIM time release material can be produced in cubes, strips, plates (filter or floor plates) or as tubes (multi-layer tubes) and free choice of material colours.

The measurements show that from the 2nd week, nearley always the same quantity of Calcium is released from week to week, allowing a constant concentration to be maintained in an aquarium with appropriate consumption over the whole period. The release peak in the first week is due to the fact that there are particles on the surface of the material due to the production process which can be easily detached. Generally, the additional quantity released is harmless, but it can be avoided by briefly rinsing the mesh bag before placing it in the aquarium. 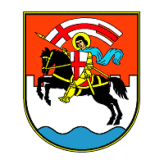