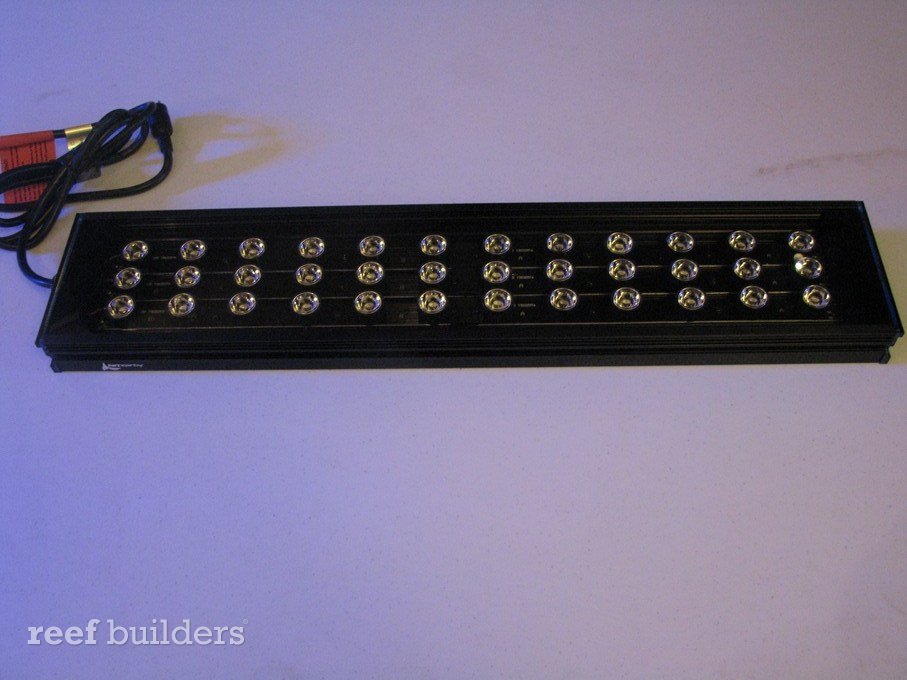 At a quite affordable price point he AquaticLife Expendable LED is meant for the mass market , but that doesn’t mean quality is necessarily compromised. We got our hands at a fixture here at Reef Stock, and didn’t pass the opportunity to take a closer look. The AquaticLife fixture is quite heavy which is probably due to the massive amount of heatsinks, since the fixture relies on passive cooling. The fixture is a nice glossy black and looks well build, the legs are plastic however. The fixture lacks a dimming and the blue’s and whites can’t be turned off independently. The individually replaceable 1w on the AquaticLife Expandable LED fixture are a very nice touch however. The fixture contains a mixture of white, blue and purple 1W LED’s and has 90 degree optics. Additional pictures after the break.