An illustrated key to the genera and subgenera of the recent Azooxanthellate Scleractinia, is one of the coolest in depth LPS azoox identification keys we’ve come across. Even if you have zero interest in azoox corals, you absolutely have to check out this guide. Co-authored by Stephen D. Cairns, the current expert on azoox Sclerantinia, the non-photosynthetic LPS identification key contains 25 high definition plates with some jaw dropping coral pictures. Although mostly skeleton photos, the craziness of some of these corals will have your imagination run wild about what the living polyp might look like. 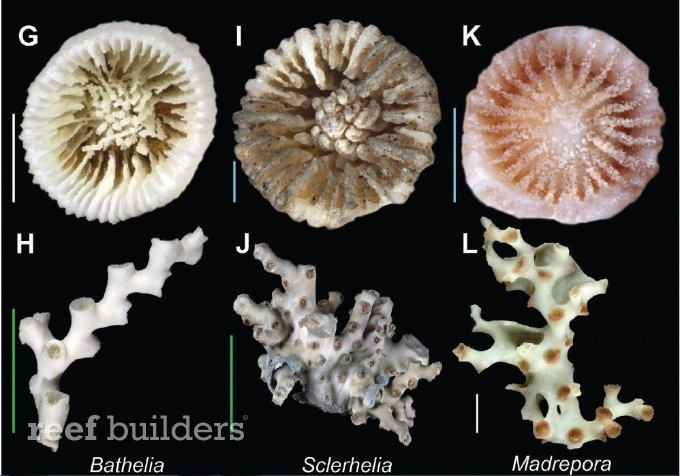 The illustrated azoox key contains some LPS azoox species found in the aquarium hobby such as Tubastraea, Dendrophyllia, Balanophyllia, Heteropsammia, and Rhizotrochus. The azoox identification key also contains some of our favorite species such as Lophelia. The gold however lies in some of these super weirdo corals. I mean just look at the Foveolocyathus on plate 13, it looks like someone went wild to show off intricate they can print 3D objects. Or take Flabellum (Ulocyathus) messum on plate 15, it looks akin to a spiny oyster and yet it is a fleshy large polyped stoney coral. Check out the Leptopenus on  plate 18, it reminds us of an electron microscope picture of some sort of weird bacteria, and yet is is a coral. 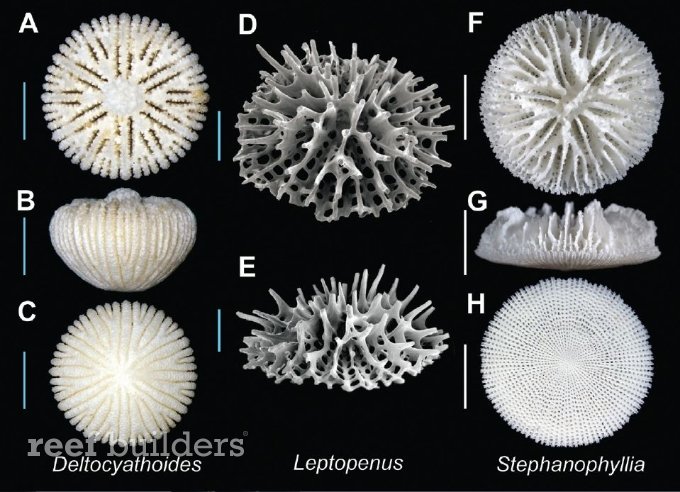 Caryophyllia (plate 23), Temnotrochus (plate 21), Lissotrochus (plate 14), and Pourtalocyathus (plate 14) are also super bizarre, looking similar to prehistoric canine teeth. Dactylotrochus cervicornis is probably the weirdest of them all though with a growth pattern we have a hard time describing (ruffled up flanell maybe, though that is a major injustice?) . Even the not initially eye catching corals are just really weirdo corals, I mean check out the Goniocorella dumosa on plate 2, the Solenosmilia variabilis on plate 1, and the Cyathelia axillaris along with the Madrepora minutiseptum on plate 4. Definitely not growth forms you’ll ever find in any aquarium species. 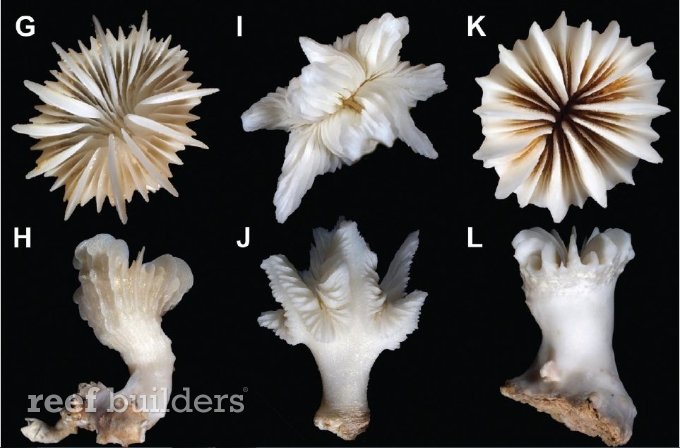 Our descriptions of these corals probably do a major injustice to the beauty of these corals, so we’d recommend you take out your morning coffee and take some time to browse through these amazing corals. For those of you that are not exactly scientifically literate, don’t worry as the article is picture dominated anyways. You can download  the full article through Pensoft here. 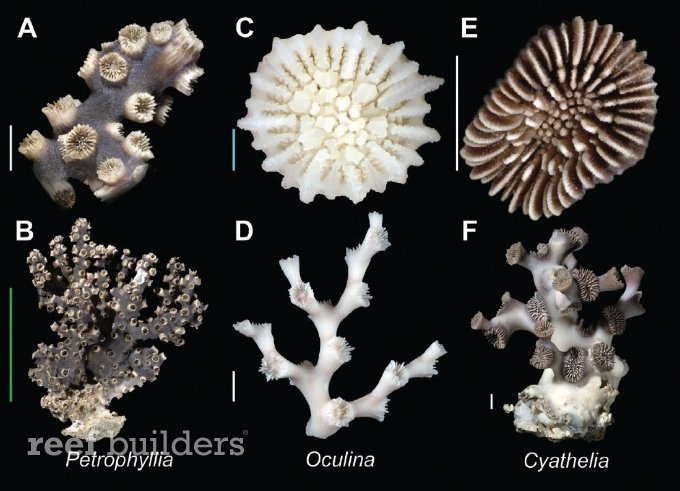 LED Thermometer from Lifeguard Aquatics is readable from a distance