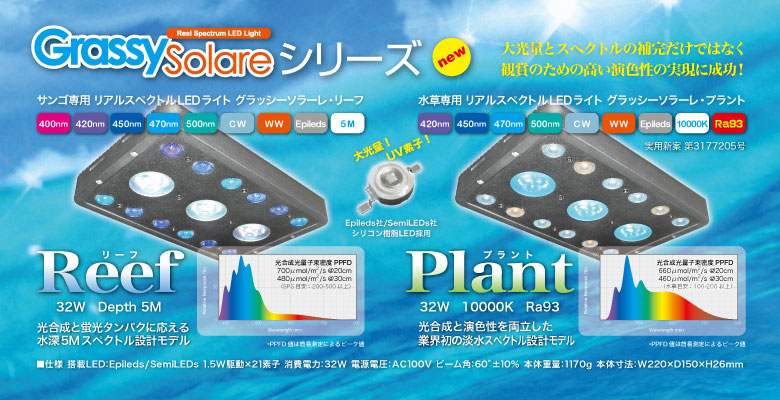 There definitely seems to be a spectral direction that Japanese reefers are preferring to keep their corals under, leaning towards the bluest color of light possible. The Grassy Solare LED doesn’t even have a Kelvin rating, but instead is promoted as reproducing lighting spectrum found at five meters depth (~16ft) in clear water. If you had any question about what kind of blue light your corals might like, Volx has you covered with 400, 420, 450, 475 and 500nm wavelengths of blue light being delivered by separate LEDs in the Grassy Solare.

With a total of 32 watts and no controllability to speak of, some US reefers will find the $500 suggested retail price way north of what we’re willing to spend. But if like our Japanese reef aquarium conterparts you place a high value on having a diverse spectrum of blue LED light then no aquarium LED has as many different discrete peaks of fluorescence-revealing and inducing diodes as the Grassy Solare. [Reef Builders Japan] 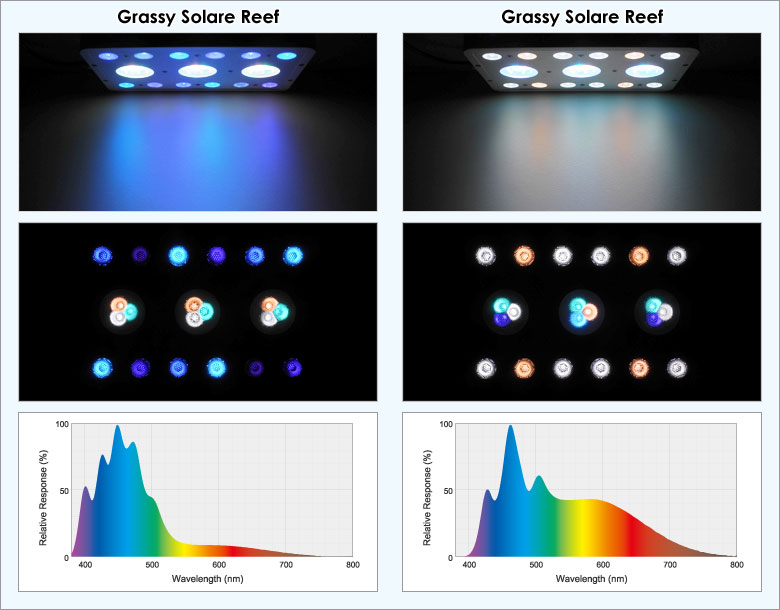 AquaRaise Marine Refine is a new salt from Thailand

Cirrhipathes, the wire corals are in a league of their own