What do you do if you’ve got some oval base cones of acrylic lying around from your protein skimmer build? Well if you are Skimz of Singapore of course the obvious route is to build a conical biopellet reactor with an oval base, again in an effort to conserve precious space in the confines of a sump.

Like they’re big splash for Aquarama 2013 the Oval Cone protein skimmer, Skimz is applying the same geometry to a large biopellet reactor. The large biopolymer tumbler is powered by an equally beefy DC 3000 style controllable pump which has enough power to push the massive ellipti-cone and has built in speed control for easily dialing up or down the required flow rate. 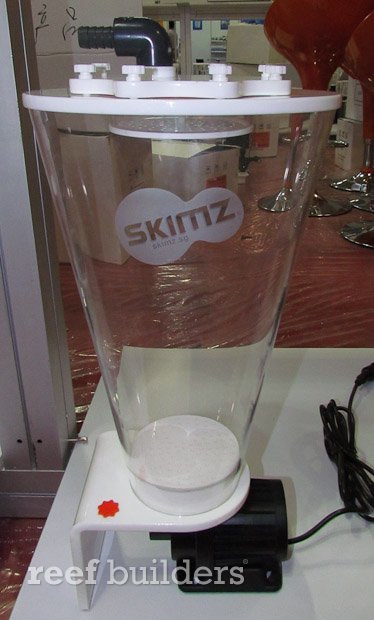