TGIF and welcome to another installation of our Friday Smorgasbord. We have some pretty cool stuff today including rare footage of ghost sharks, asteroids vs. oceans, whales vs. sharks, fish vs. powerlines and more.

If you had a retractable penis on your forehead, you might not want to be seen too much either, but thanks to the Monterey Bay Aquarium Research Institute we have this awesome video of a ghost shark. Also called chimaeras, ghost sharks are dead-eyed, wing-finned fish related to sharks and rays. 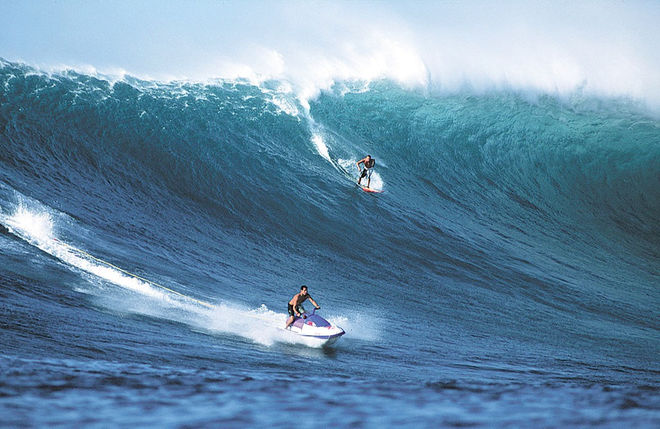 Gotta love late news. It appears a wave measuring at over 62 feet high in the North Atlantic has broken the record for the tallest wave ever measured by a buoy, the World Meteorological Organization said Tuesday. You start thinking about all the crazy December weather causing it, but they were a little late to the party as the 62.3-foot wave was recorded by a buoy back on Feb. 4, 2013 in the North Atlantic Ocean between Iceland and the United Kingdom after a particularly strong cold front brought intense 50-mph winds into the area.

Something Fishy in Seattle

When power was knocked out in a part of Seattle, the team sent out to restore power found something pretty interesting — an electrocuted fish right below the line that was knocked out. The Seattle City Light crew investigating the power outage figured that one of the eagles or ospreys that routinely hunt in the nearby Duwamish River must have dropped it.

A Few of My Favorite Fish