Porites astreoides is a lumpy bumpy coral that is hard to miss. Everywhere you dive in the Caribbean you are sure to find this iconic species. 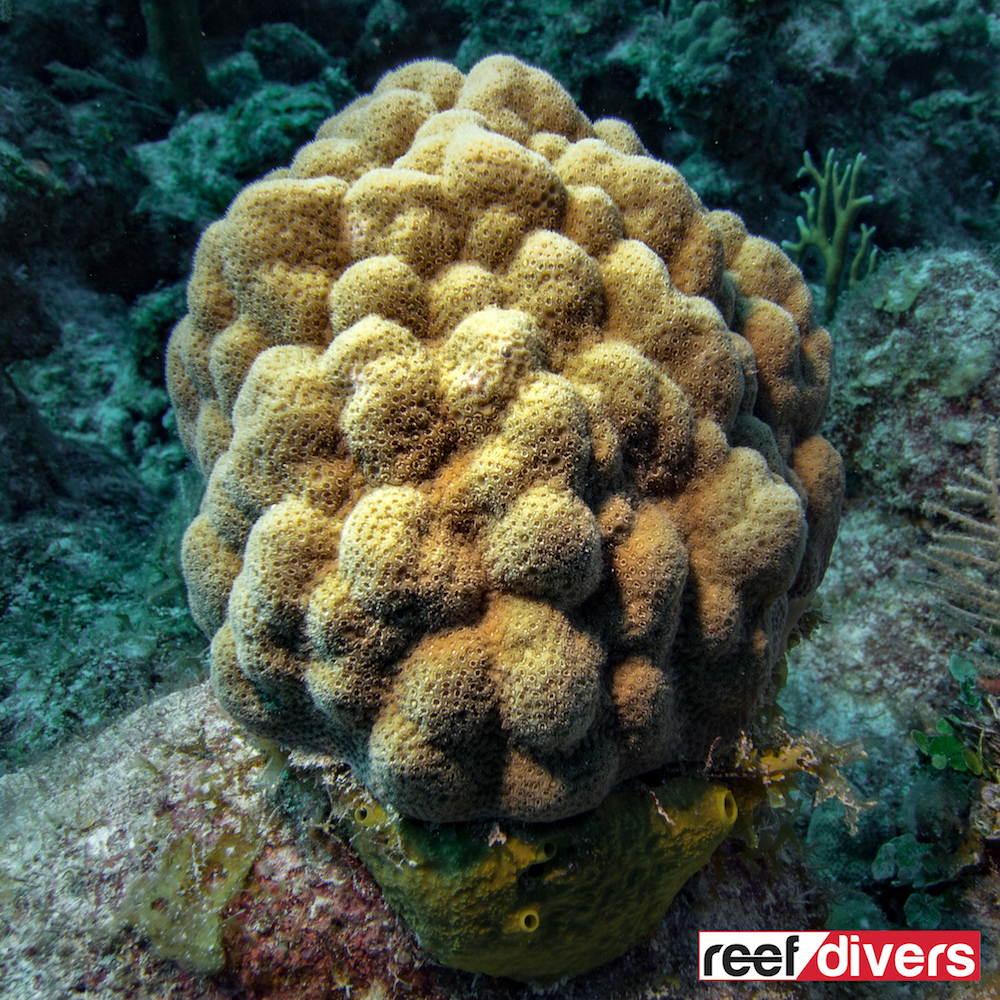 The size and shape of Porites astreoides colonies depend on where the coral is growing. Colonies found in shallow water will tend to be a more dome shaped, colonies growing in deeper water will having a plating or encrusting form.
While most colonies grow into small lumpy mounds up to 60 centimeters (24 in) in diameter, large encrusting plates can be several meters across.
It is hard to mistake Porites coral, especially when looking at the overall bumpy colony shape.
Porites should not be confused with other massive encrusting species like Orbicella. Although the two coral have a similar colony shape upon closer inspection that corallite structure is very different.

The surface of Porites coral has small closely set corallites that give the colony a porous look. Orbicella has prominent corallites which extend above the surface of the coral. The polyps of Porites coral are generally retracted during the day, although you can often see tiny tentacles peeking out from the edges of each corallite.
P. astreoides colonies can be yellow, yellowing-green, gray or pale brown, and the common name is Mustard Hill Coral or Yellow porites. P. astreoides is a photosynthetic coral and is usually found in shallow water less than 15 meters (49 ft) deep, however, it can be found up to depths of 50 meters (160 ft).
If you are just learning to identify coral, Porites astreoides is a great place to start. This coral is common throughout its range and you will be hard pressed to finish a dive in the Caribbean without spotting a single colony.

See also  ATB XXL protein skimmer in action, enough nasty skimmate to go around for all 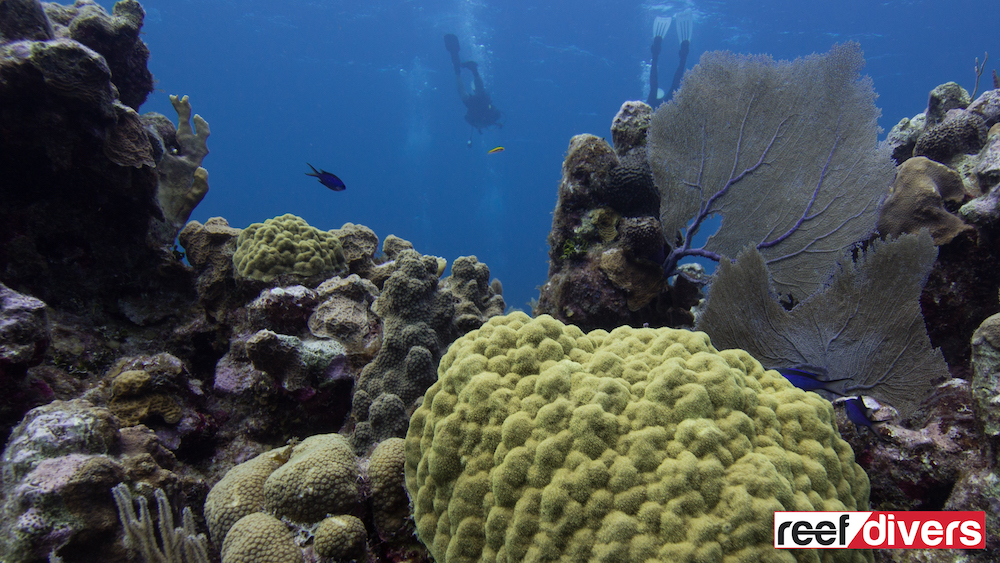 How Coral Beauty Angelfish Are Made

Fathom One - Easy To Use Underwater Drone