Paracheilinus hemitaeniatus, the half-banded flasher wrasse is a very elusive species that has been all but absent in the aquarium hobby. Hailing only from Madagascar and a few locations in South Africa, this species has turned out to be the holy grail for this genus, at least as far as the Indian Ocean is concerned.

Luckily, the collecting station in Madagascar that has been ramping up for it seems a couple years is really cranking out the fishes, with gem tangs, tiger angelfish and now the very mysterious Paracheilinus hemitaeniatus.

We’ve written a pretty in-depth piece about Paracheilinus hemitaeniatus before, four years ago when a tiny sample of these were collected in Madagascar. But what makes this collection special is that it’s not a one-off deal, but hopefully a steady albeit limited supply of this fish riding styrofoam boxes along with other rarities from the region. 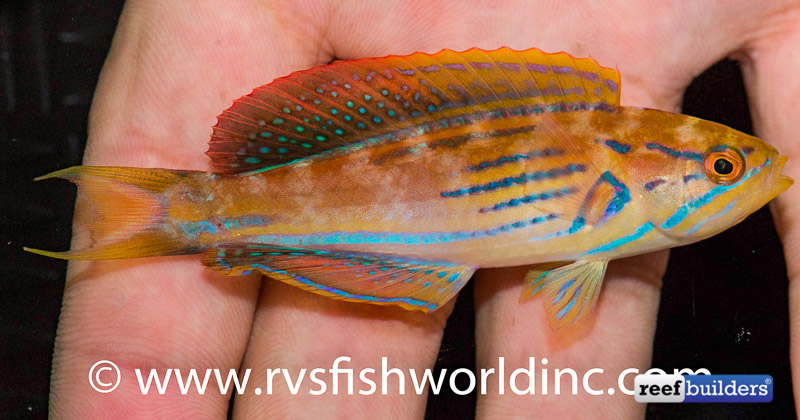 Because of the remote nature of Madagascar, the fish collected are being sent to RVS Fishworld in the Philippines for re-export. This should guarantee a decent conditioning period while the fish are in Manilla, and a degree of health in the fish that we wouldn’t expect if the fish came straight from Madgascar, and then had a very long flight to western aquarium markets.

Due to a limited supply for a global demand we estimate that these fish will cost upwards of around $1000 per fish. This is a steep price for a flasher wrasse but it will no doubt reward their future owners with displays as exquisite as the Mauritian flasher wrasse, Paracheilinus piscilineatus, and will probably grow to a similarly large size.

We’ve never seen this fish for ourselves but to one day see them in all their glory in some pimpin’ reef tank. If the supply holds up then it will only be a matter of time!

May 16, 2017
Site Sponsors
Reef Builders is Supported by: