The Mesoamerican Reef is located in the Caribbean Sea and touches the coasts of Mexico, Belize, Guatemala and Honduras. As the largest barrier reef in the Western Hemisphere, it stretches nearly 1000 km from the northern tip of the Yucatan Peninsula down through the Honduran Bay Islands, and provides a home to hundreds of fish species, marine turtles, and sharks.

On June 5 of 2017 we will celebrate 20 years of the Tulum Declaration, by which the heads of state of the four countries, Mexico, Belize, Guatemala and Honduras, committed to promote the conservation of the Mesoamerican Reef System (MAR) through its sustainable use, thereby contributing to the wellbeing of present and future generations. Over the past 20 years, the four countries have taken important steps, as envisioned. 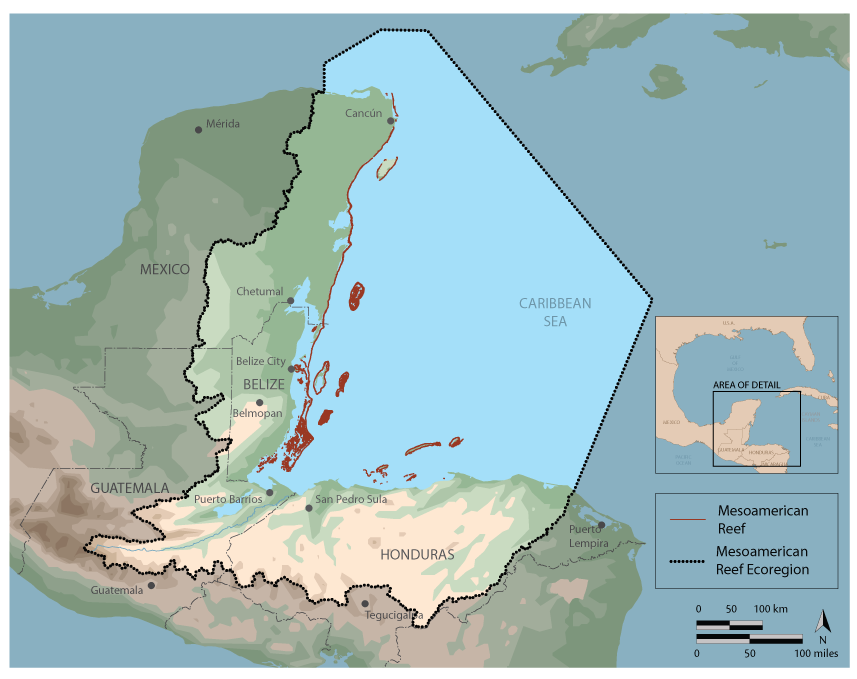 Now, Mexico, Belize, Guatemala and Honduras need to take their commitment to the reef a step further. Currently, four threats drastically hurt the health of the MAR: discharge of effluents and contaminants, including sewage; unsustainable coastal development, including mangrove destruction; chronic pressure on fisheries and insufficient enforcement, and climate change impacts on the reef.

To address these threats, the Governments of Mexico, Belize, Guatemala and Honduras must pledge to protect the reef through renewing the commitment to the Tulum Declaration and take the following actions to ensure the health of the reef and the people that depend on it:

These actions will preserve the resources and natural processes that are the basis for propelling the Blue Economy as the foundation for development of the four countries and the region.

May 16, 2017
Site Sponsors
Reef Builders is Supported by: