Oblique Butterflyfish Is The Coolest Fish You’ve Never Heard Of!

The Oblique Butterflyfish, Prognathodes obliquus, is a rare species from St. Paul’s Rock in the middle of the equatorial Atlantic Ocean. Although few mere mortals ever make it to this extremely isolated rocky islet, thankfully super-scientists like Dr. Luiz Rocha always bring their cameras diving, creating beautiful shots of seldom seen species of reef fish. 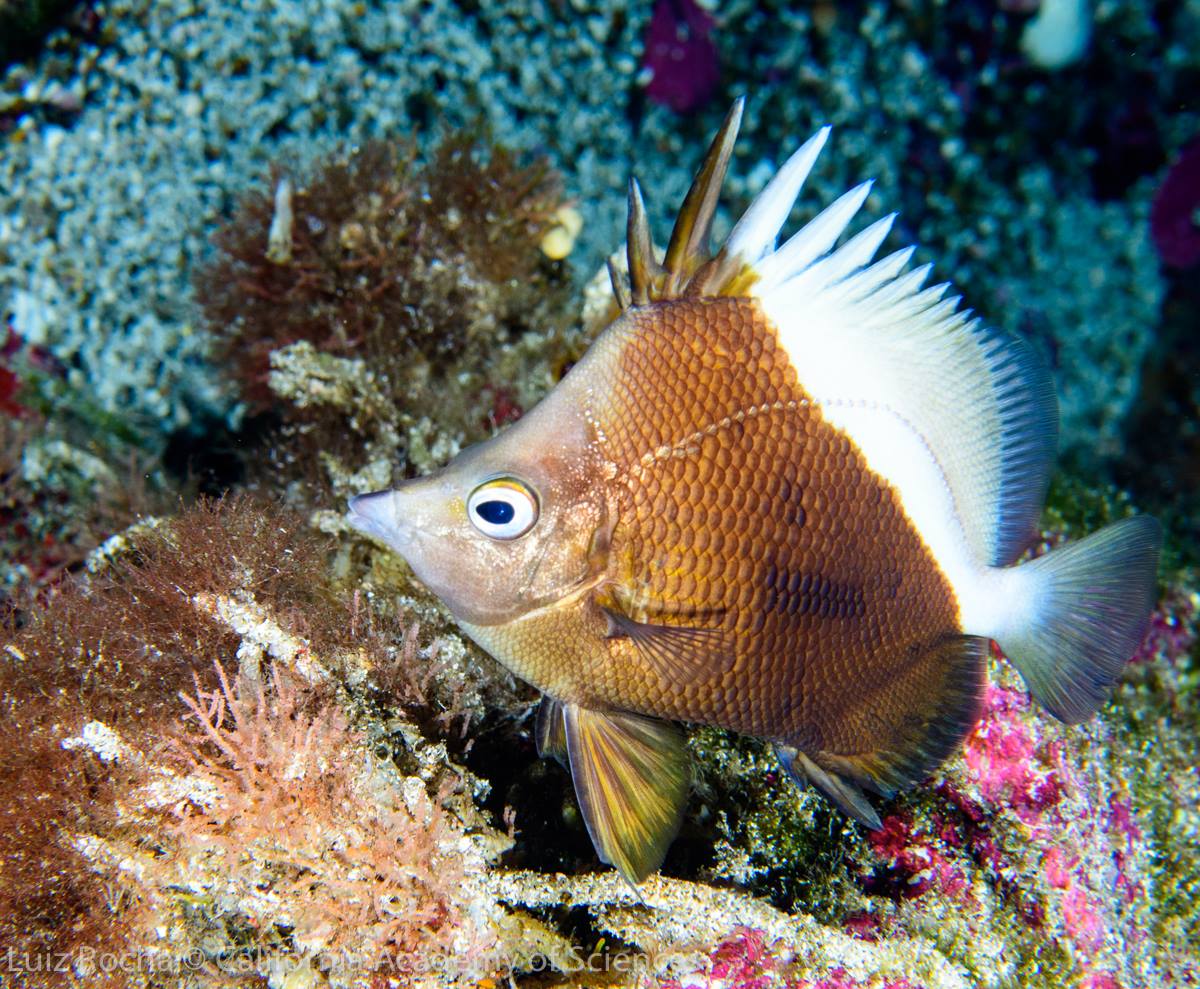 Just like the Blue Queen Angelfish from a fe days ago, this spread of images by Dr. Rocha and the California Academy of Sciences help shed light on fish which are unknown in the aquarium world. However where the Blue Queen Angels can be sighted at recreational depths for SCUBA, these oblique butterflfyfish can only be seen at depths of more than 200 feet.

According to Luiz himself the shallowest specimen of Proganthodes obliquus his team sighted was at 180 feet, but the species becomes the most common fish at mesophotic depths of around 100 meters, or around 330 feet. On one particular dive an aggregation of more than 20 specimens of oblique butterflyfish were sighted altogether, and believed to have been grouping perhaps getting ready to spawn. 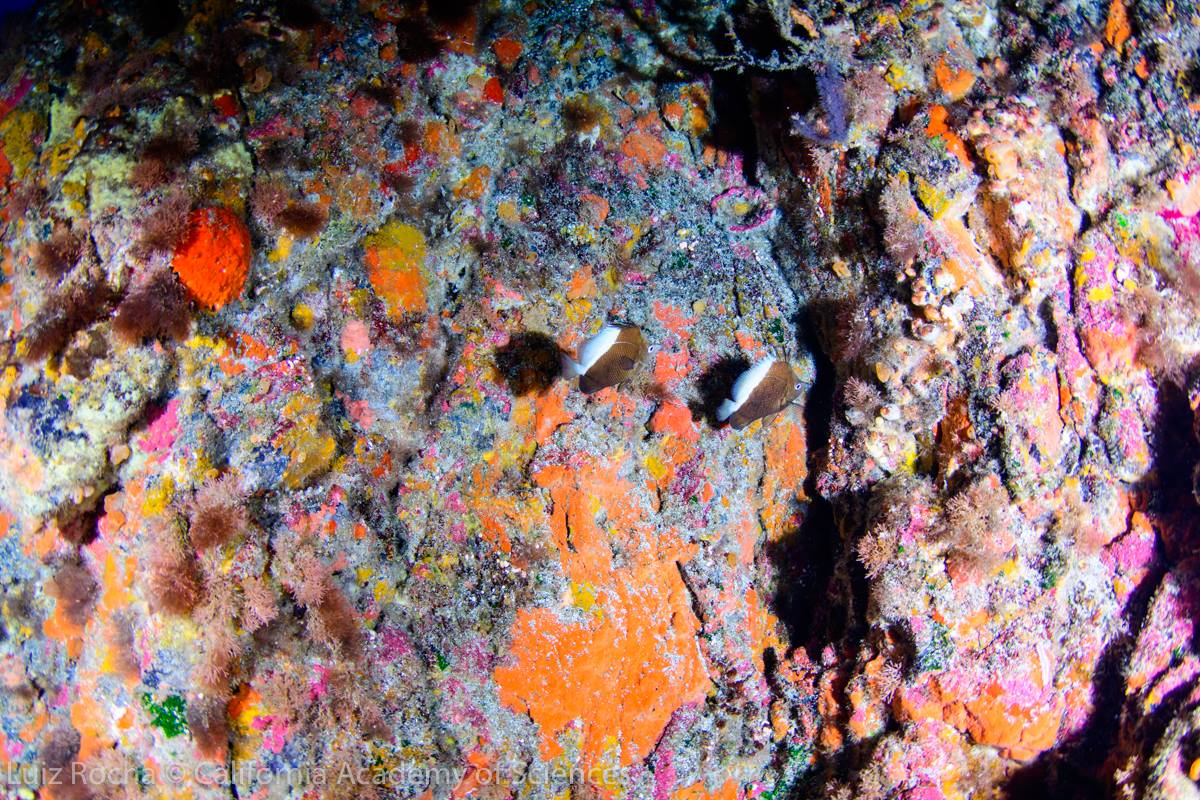 This selection of photos from Dr. Rocha as well as the featured image by Ronaldo Francini-Filho practically doubles the known photographs of this species. Although not as colorful as some of its more bombastic and shallow water butterflyfish relatives, we’ve always loved the color and shape of the Prognathodes genus.

Usually found in cooler waters and deeper reefs, the pointed snout and highly elongated dorsal fins of the oblique butterflyfish gives it the appearance of wearing a very prominent war-crest. Furthermore, the dark creamy black body with that oblique bright white patch further help to accentuate the overall look of the oblique butterflfyfish.

Although, due to where it lives and how deep it occurs, these photos are the closest we’re ever likely going to get, making Dr. Rocha’s sharing of these pictures that much more profound.