The look of Manicina areolata can easily be confused between a few different Caribbean corals, and it takes a keen eye to spot this uncommon species. You could easily mistake this for a juvenile maze coral (Meandrina meandrites), or juvenile boulder brain coral (Colpophyllia natans). When identifying this species it’s all in the shape, color, and size.
Colonies of Manicina areolata can grow into two distinct growth forms. The most common is small oval shaped colonies with a long continuous central valley and shorter valleys on each side. If you were to flip this coral upside down, or find an old skeleton, it would be cone shaped and attached to the rock in the center with a small stalk.

The second form is dome or hemispherical shape. These colonies have more valley and ridges winding through the coral. The color of the ridges and valley are often a different color than the rest of the coral. Underneath the coral is mostly flat.
Smaller oval colonies are between 2-6 inches wide with the larger hemispherical colonies between 4-8 inches. Colonies bigger than 8inches are rare, where as other corals like Colpophyllia or Meandrina can be a meter wide or greater. 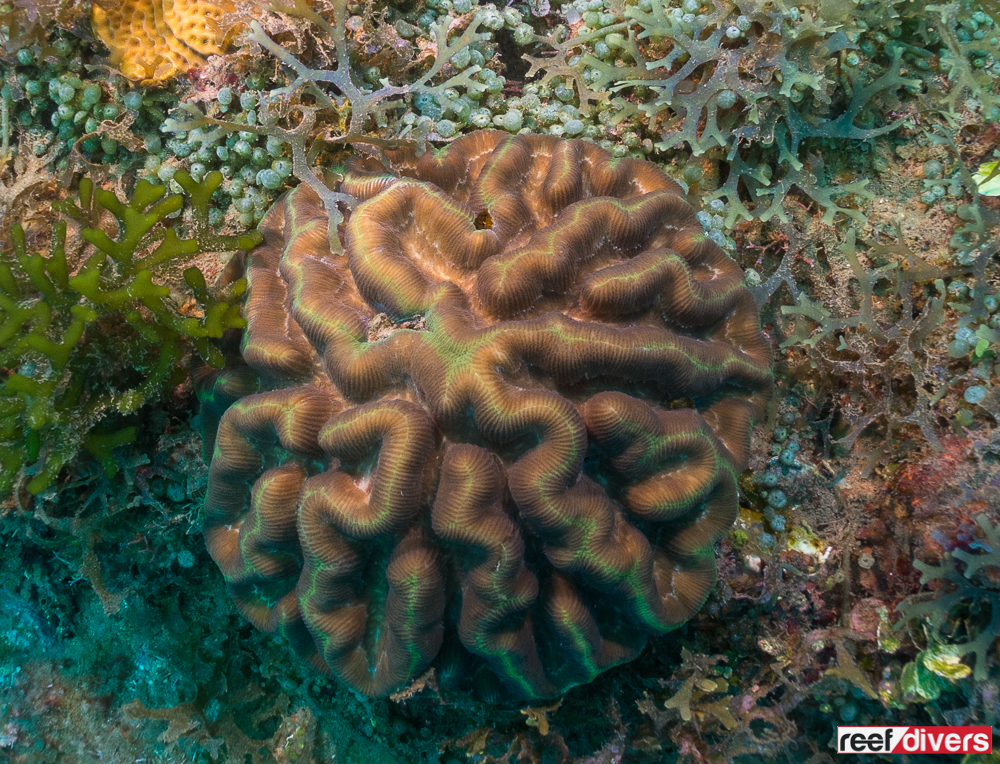 The common name for this coral is the Rose Coral because of the flowering shape of the colony. You can also find pink colonies usually of the smaller oval shaped growth form.
Manicina can span the color spectrum of Caribbean colors being brown, green, cream, yellow or white. This coral is not particularly bright but still an interesting species to identify on your next dive.

Oblique Butterflyfish Is The Coolest Fish You've Never Heard Of!