Acropora prolifera is the most unique and perhaps most difficult species of coral to identify in the Caribbean. Acorpora prolifera is a hybrid of Acropora cervicornis and Acropora palmata so it’s difficult to predict just how this coral will present itself.
Since this coral is a hybrid is can display characteristics of both species, but each colony is unique as to whether cervicornis or palmata is dominant. We’ll admit to having a hard time distinguishing this species, however, a few colonies were pointed out to me while diving on this amazing Acropora palmata reef in Tela Honduras.

The common name for this coral is the Fused Staghorn Coral. It is possible to find colonies with long staghorn like branches that fan out in an Elkhorn shape. But on the flip side, it’s possible to have colonies with Elkhorn like blades which show staghorn branches fused together.
The best example we could find of this species was a small colony growing next to an Elkhorn coral. You can see two forms of Acropora prolifera and a single Elkhorn colony. You can see the bottom coral which looks like Staghorn coral but the branches grow outwards in a fan shape. 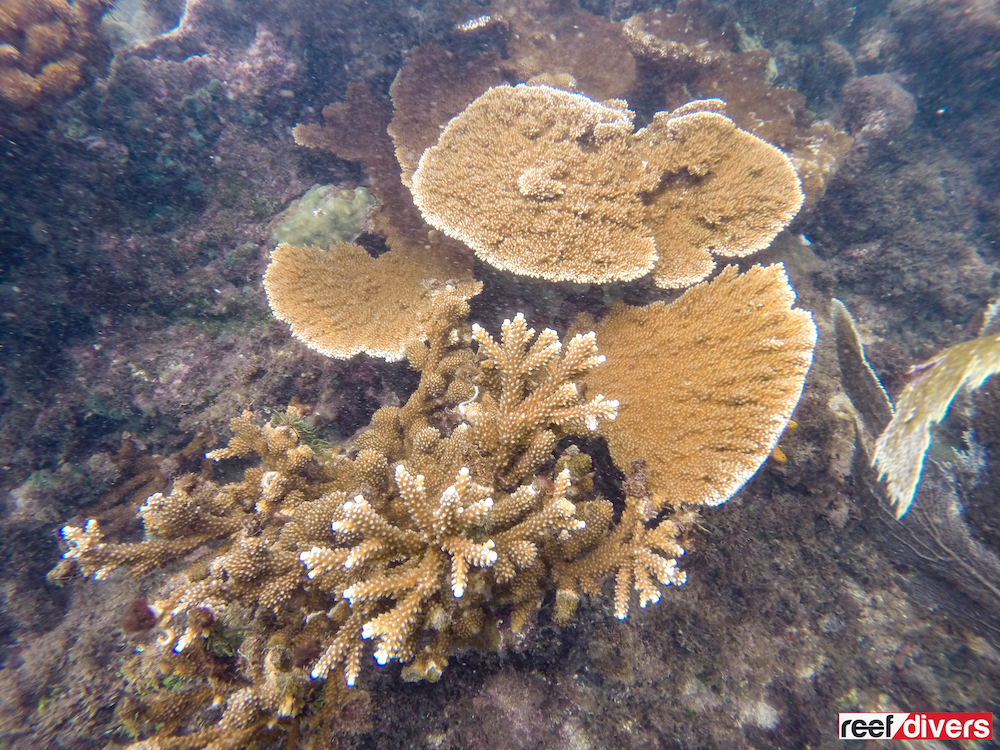 Behind it is a blade of Acropora prolifera which has fused staghorn branches. It is difficult to tell without testing whether the fused branch is really just another genotype of Acorpora palmata, or if it is a form of prolifera, and in all honesty, you could drive yourself mad trying to tell the two apart.
Instead, it is best to recognize that there is a third species of Acropora in the Caribbean that is a hybrid between the two common species. You can find the hybrid colonies pretty much anywhere you find other Acropora colonies.


We found these colonies in an Elkhorn dominated habitat between 2 and 4 meters (6 to 13 feet) deep.
See also  Signature Frags is a Unique British Coral Boutique

Ultra Corals Australia Collected A Trachy Which Is Out Of This World!