Aberrant Cleaner Wrasse From Philippines is Out of this World!

Wrasses are not a group of reef fish that don’t deviate from their template too much, but when they do it can be quite spectacular. Case in point is this aberrant cleaner wrasse, Labroides dimidiatus, fished up in the Philippines by RVS Fishworld.

Collected in Lubang in the west-central part of the country, this wild looking fish puts a crazy spin on a classic marine fish. We can’t even count the number of cleaner wrasses we’ve seen both in aquariums and in the wild, always with the same black-striped blue body. 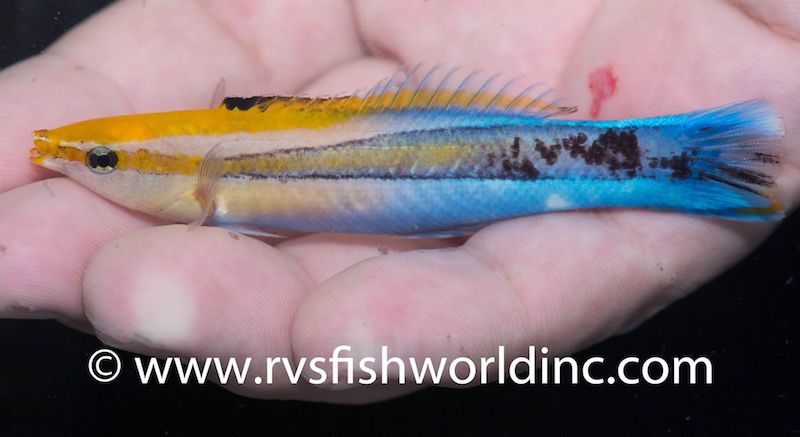 From some regions the cleaner wrasse can show some degree of yellow to the  body but never as much as this awesome fish. The black stripe is also much more faded with yellow suffusing in the anterior portion and blue in the rear.

This fish displays a metallic sheen to its scales which has delighted the fish-lovers still enjoying this fish at the RVS Fishworld facility as of this writing. The really wicked aberrant reef fish are almost always angelfish or surgeonfish so seeing a wrasse, and a cleaner wrasse at that, with such wild original coloration is a very rare sight. 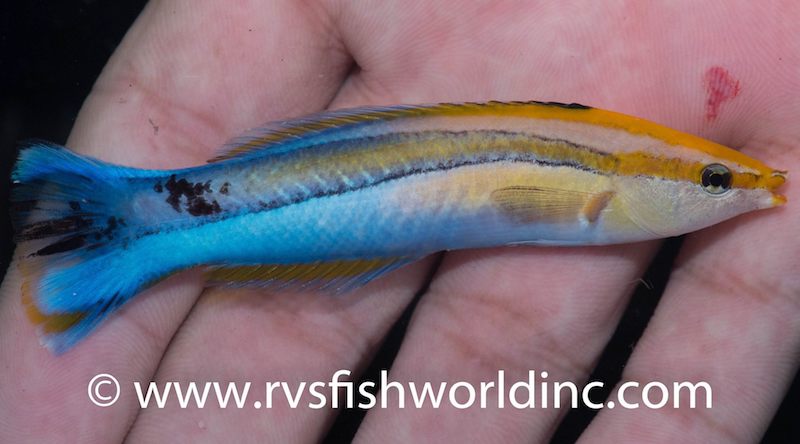