The Ion Director by GHL is a very promising new device that brings the aquarium world one step closer to robotic reefing. GHL released the KH Director at a time when many different manufacturers were converging on creating their own methods for automatically testing or measuring alkalinity, but the Ion Director is really in a league of its own when it comes to measuring calcium, magnesium, potassium, sodium, and nitrate. 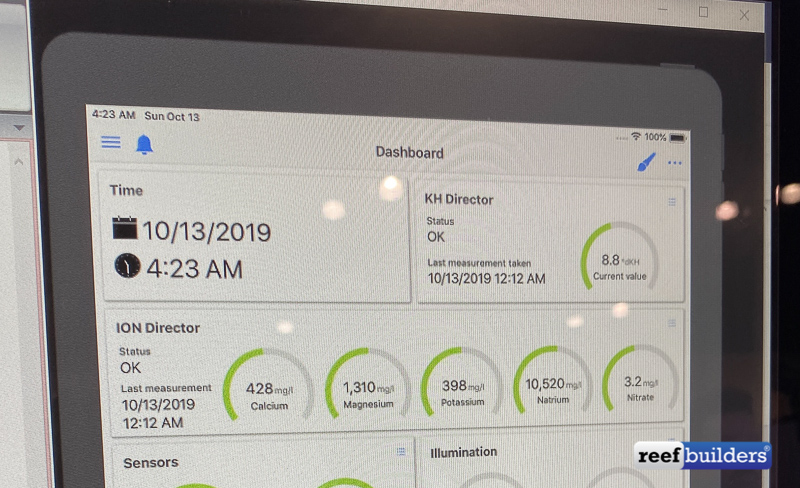 Since the very beginning of the ‘mini reef’ aquarium as it was then called, one of the hard facts of life with a reef aquarium was death, taxes, and water testing; testing the big three of reef aquarium chemistry, especially calcium, alkalinity and magnesium has been a weekly or daily ritual for all aspiring coral growers. New test kits and optical meters or checkers have made things somewhat easier, but doesn’t negate the real life fact that we need to know what these values are and how much they are changing in our aquariums. 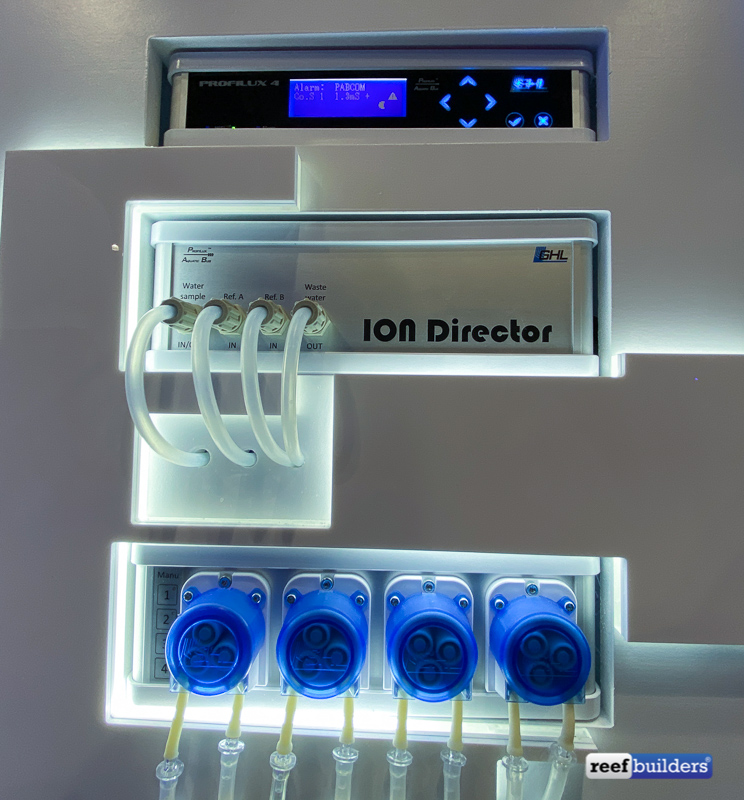 There’s been some efforts in automating the measurement of the ‘Big Three’ parameters sometimes using a brute force mechanization of the testing as in the Trident, bleeding edge approaches like chemically sensitive materials like those used in the MindStream, or more recently with Ion-specific probes like in the ABex from Xepta.

GHL has taken quite a different path with the Ion Director which uses ionic specificity  but instead of using a different probe for each element like the ABex, somehow GHL was able to develop one probe to rule them all. This single probe with reaction to elements like Calcium, Magnesium, Potassium, Sodium and Nitrate greatly simplifies how the Ion Director works, reducing both cost and potential problems. 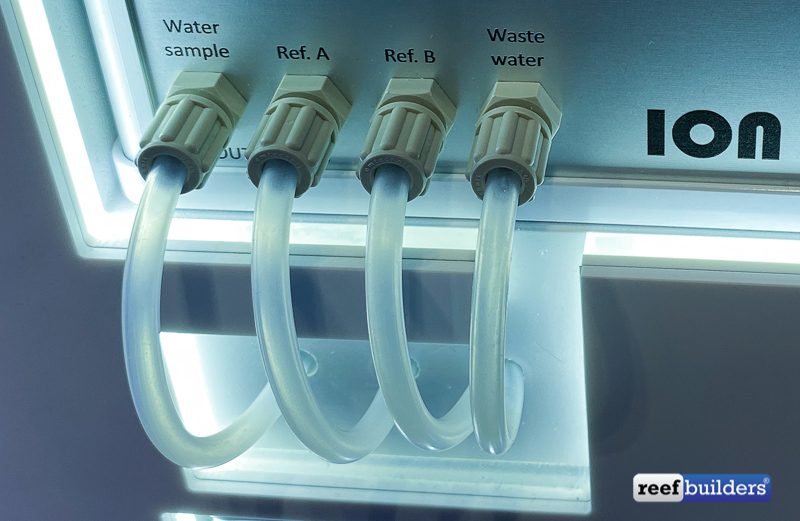 We don’t know in detail how the GHL Ion Director works but one of the keys to its function is the use of a very precisely mixed laboratory grade reference standard which is pumped into the chamber of ionic probe for calibration before every test. By measuring the sensitivity of the Ionic probe at a high, low, and middle point the Ionic Director is able to detect the levels of Calcium and Magnesium, as well as Potassium, Sodium and Nitrate. 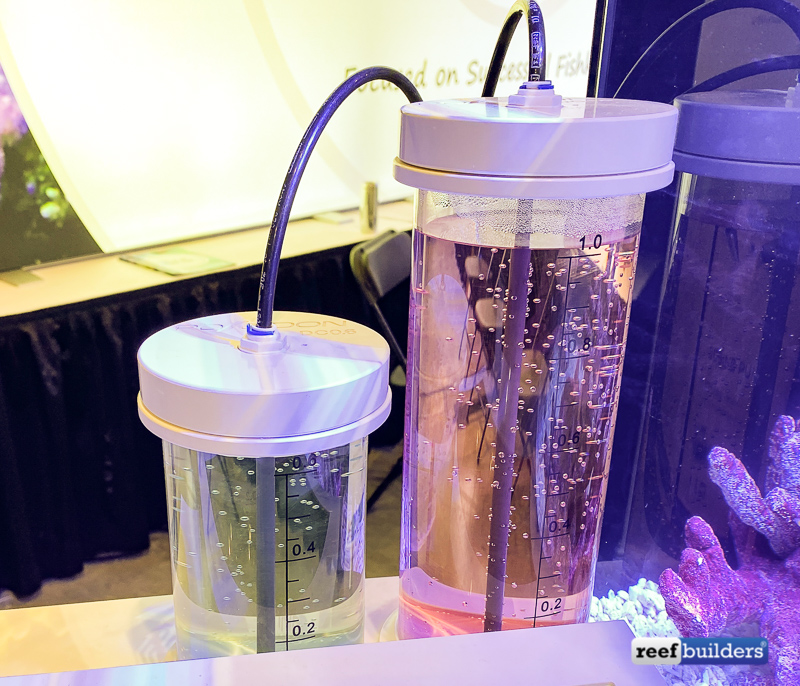 The Ion Director needs four channels of peristaltic dosing provided by the GHL Doser to pump in the reference solutions, the water sample and to discard of waste fluids, but it does not require a Profilux to test and report. GHL expects to start a very gradual rollout towards the end of the year with a target price estimated to be around $800 for the Ion Director with a GHL Doser slave unit.

Together with the KH Director the GHL ecosystem is shaping up to be impressively well rounded, and we are very appreciative that GHL has made their most interesting devices, the KH & Ion Director, work as well on their own as they would when connected to the Profilux. We sincerely hope that the Ion Director works as well as it sounds and comes out as soon as GHL is claiming because this new water testing technology could be a game changer for hobbyists to commercial scale coral aquaculture and everything in between.

Coral-Bacteria Communities are WAY More Important than Anyone Thought