The Aquavitro Element Reactors by Seachem are a series of new devices that are quickly rounding out the company’s reef aquarium hardware catalog. Last week we saw Seachem reveal their Sentia Dose, Impulse Pumps and Division Skimmers and with the new Element reactors we’re a small step away from being able to have a Seachem-powered reef tank.

Seachem’s Element Reactors fall under the upscale Aquavitro banner and are built with the similar style of their Division Skimmers. It’s enlightening to see how Seachem decided to build the skimmers adn reactors at the same time and similar to Tunze, they’ve designed many of the parts to serve a variety of purposes.

The Aquavitro Element Reactors are mostly cylindrical tubes which are clamped to a multi-function base, with dual inlets and outlets, and a few different tops depending on their application. The same white Syncra/Impulse pumps are used to feed or recirculate each of the Seachem Element Reactors buandt from a design standpoint, it’s neat to see how they are all put together to be three different reactors. 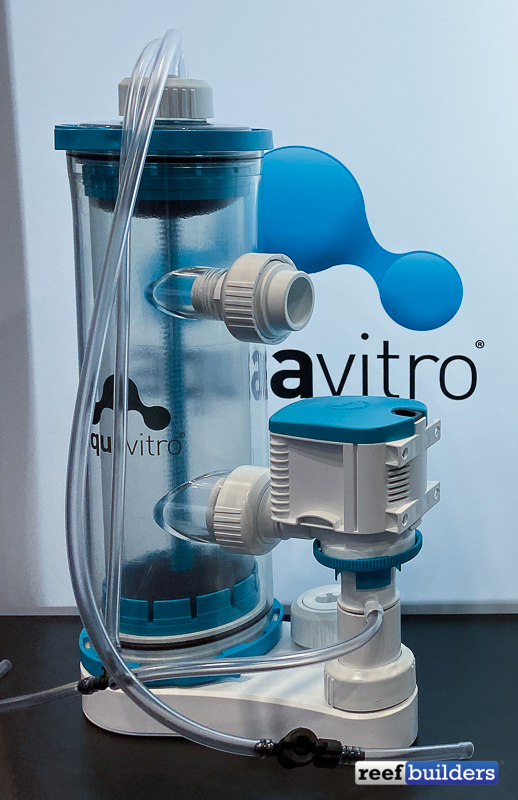 The Aquavitro Calcium Element Reactor looks pretty standard in its function, recirculating water within a chamber while smaller inlet and outlet hoses provide the feed and effluent water lines. There seems to be a tube within a tube, a tube-ception of sorts which we presume helps to isolate the reactive aragonite media from all the moving bits. 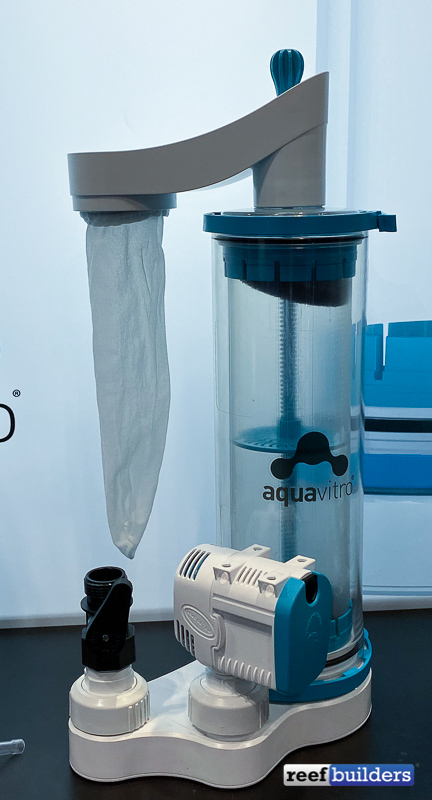 The Aquavitro Media Element Reactor has the same sort of double-tube arrangment but had no inlets or outlets on the body itself. Instead the feed pump provides water directly through the molded multi-function base with water exiting from the top, into a sloping spillway and culminating into a fine mesh filter sock.

Last, not least, but certainly the most surprising addition to Seachem’s lineup is their new Aquavitro Zeolite Element Reactor. The use of zeolite to remove very low levels of ammonia in order to achieve so-called ‘ultra low nutrient systems’ is kind of a niche practice in the reef aquarium hobby and community, but Seachem has been selling the media for many years.

One specific ‘event’ that zeolite reactors need to experience in order to function properly is a periodic shaking or tumbling of the media to dislodge the biofilm that accumulates, hindering the chemical adsorption reaction. Most zeolite reactors have a sort of plunger built into them that enables users to lift and then drop the zeolite media within the reactor, an action which is typically performed daily. 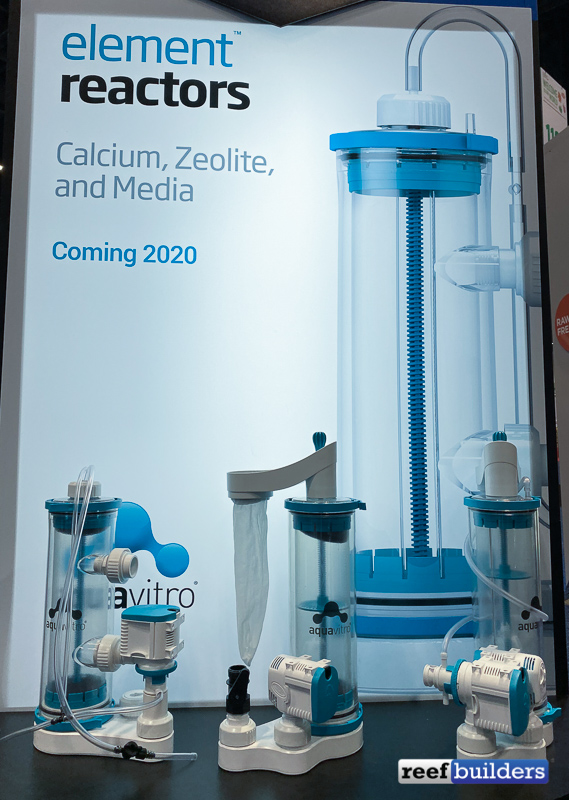 Seachem has taken a different route with the Aquavitro Zeolite Reactor, choosing to add a secondary pump to the reactor itself, which will presumably turn on with a user-supplied appliance timer. The Zeolite Element Reactor also displays the concentric cylinder design and we’re very eager to eyeball all of these new versions for ourselves to really wrap our heads on how these will work.

With so many common parts across each reactor, one lingering question we’re dying to learn is whether there will be some degree of interchangeability between them. Obviously the calcium reactor requires a inlet in the body for recirculation, and the zeolite reactor is intended to have a secondary pump, but it will be interesting to learn if Seachem will eventually have upgrade/conversion kits to turn one reactor into another should they decide to be that progressive when it comes to being consumer friendly.

We hope to learn more of the timeline of when Seachem plans to release all these new goodies so be sure and stay tuned because we’re going to try our hardest to find out.

Plerogyra diabolotus, the Devil's Bubble Coral in our Reef Tank!

Xanthic Koran Angelfish is Doing Its Best Impersonation of a Clarion