Ghostly White Sailfin Tang Could be the First of its Kind!

The first white sailfin tang came to us not as a tiny minnow but as a nearly full-grown adult Zebrasoma veliferum. This shocker of a fish specimen was shared by RVS Fishworld who is no stranger to fishing up aberrant reef fish species from all over the world. 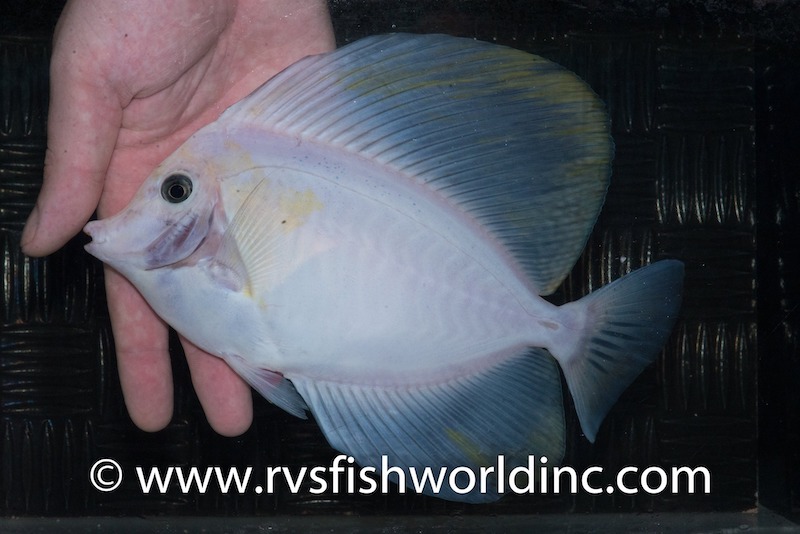 Although the white Zebrasoma veliferum appears near completely ‘leucistic’ and pallid in this photo, as we have seen in white scopas tangs and white yellow tangs, this color usually appears as a brilliant white in the bright lighting of modern fish and reef aquariums. Sailfin tangs are well known to be pushy fish in aquarium communities so we can only assume that this white sailfin tang had to be a bulldog on the reef in order to survive and not be picked off by any would-be predators. 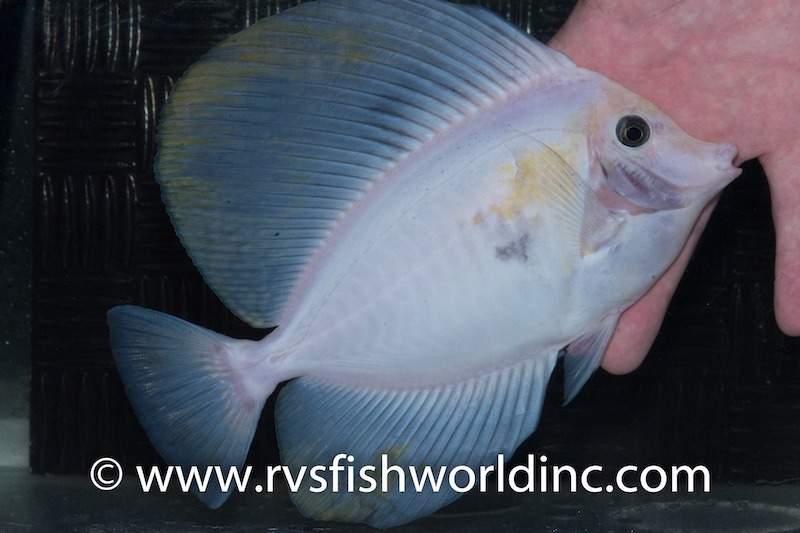