The Picasso Sailfin Tang is the first of its kind, an aberrant Red Sea Sailfin Tang, that has just made its way to America. Virtually all of the aberrant Zebrasoma ‘Koi’, ‘Piebald’ and ‘Tricolor’ tangs have all been scopas tangs, Z. scopas, collected in the Maldives or in Java so it’s quite a shock to see the Red Sea sailfin trying on these bombastic color patterns.

It was just last year that we saw one of the first aberrant ‘regular’ sailfin tangs, Z. veliferum collected in the Philippines but this is the first time we’ve ever seen the Indian Ocean Zebrasoma desjardini saifin tang demonstrate a glitch in its color development. Whereas aberrant scopas tangs have a limited range of white or blue faces with varying degrees of white or yellow patches, the Picasso sailfin certainly has a very different appearance. 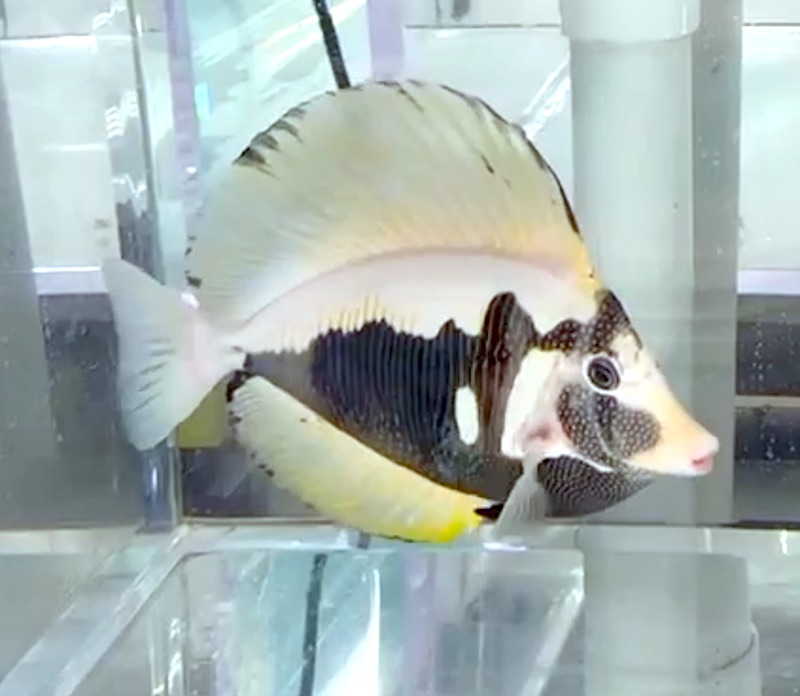 The patchy coloration of the Picasso sailfin tang is certainly a familiar motif with large white patches contrasting boldly with the irregular dark flanks, but the fins are mostly yellow with just a hint of pattern. What really brings this unusual Zebrasoma to the top of the pack is the stripes and spots remaining mostly in the darker colored areas, allowing us to correctly identify this fish as Zebrasoma desjardini. 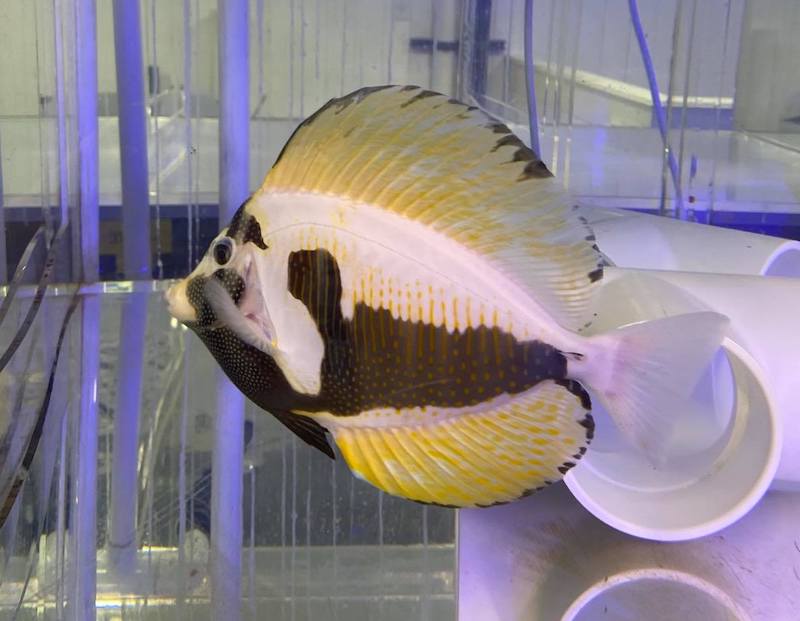 We are well aware that the aberrant color pattern of koi and piebald tangs is not for everyone but this Picasso has a really good balance of dark and light colors with a very clear delineation between them, no muddy colors and a symmetrical mask wrapping around its face and eyes. This fish was brought in by Candy Corals of Canada and has already made its way to a forever home at the exotic fish sanctuary of Andrew Sandler where the studly fish is already settling well to captive aquarium life.

Many times when we see a rare or exotic fish in the aquarium hobby for the first time it’s usually only a matter of time until more are discovered or collected, even in small exclusive quantities. However we don’t expect the same thing happening with the Picasso Sailfin Tang, it’s as rare as aberrant purple tangs which are documented at the rate of one per decade so maybe we’ll see another one in the 2030s. 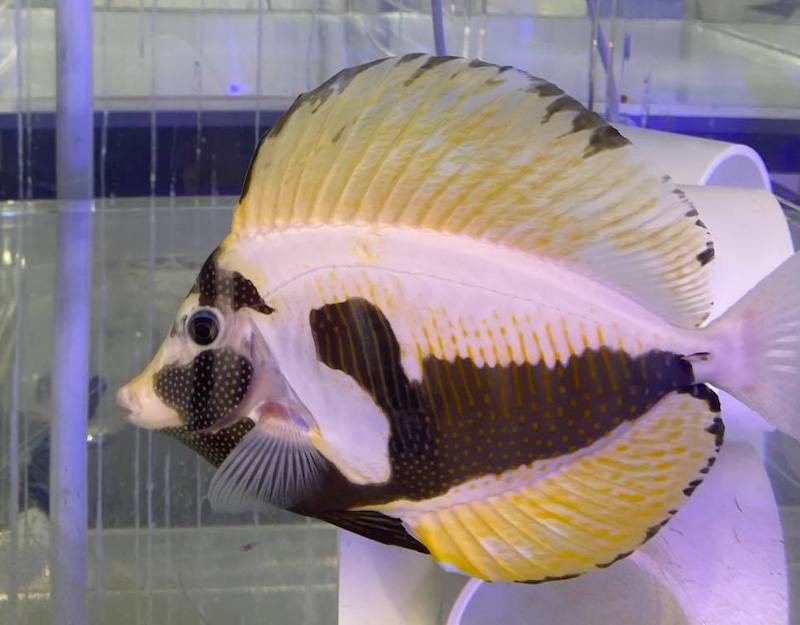