The Copperband butterflfyfish, Chelmon rostratus, can be an invaluable tool in keeping a reef tank free from pest Aiptasia anemones. This species is imported into the aquarium trade in vast numbers but being a small mouthed and somewhat picky eater, they can often be a challenge to acclimate and condition to life in an aquarium environment.

If there’s one species that could really benefit from captive breeding and aquaculture it’s definitely the copperband butterflyfish and finally that time has come. Rising Tide has had many breakthroughs in pioneering the culture of certain marine fish and their latest efforts with the copperband butterflyfish have finally paid off with the first captive bred Chelmon rostratus. 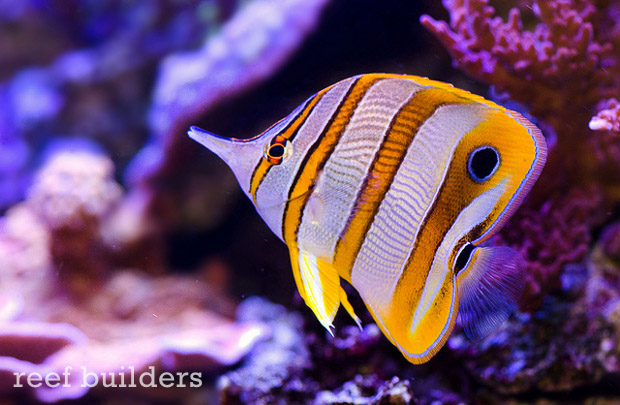 This iconic orange-barred reef aquarium fish was first spawned in Japan fairly recently in 2016 but the documentation of their rearing cut off at 10 days post hatch of the copperband butterflyfish, so still in the early to mid-larval stages. Rising Tide first started working with this species as far back as 2017 and 2018 when potential broodstock was first obtained, and one of the most interesting tidbits of information to come out of this work is the apparent sexual dimorphism between the sexes.

The snout of male copperband butterflyfish has a steeper slope than females and in some cases, a slight hump may be discernible from the profile of more mature male specimens. Pairing began with young individuals between two and three inches in length and the fish approached sexual maturity and started spawning when they reached a size of between five and six inches in length. 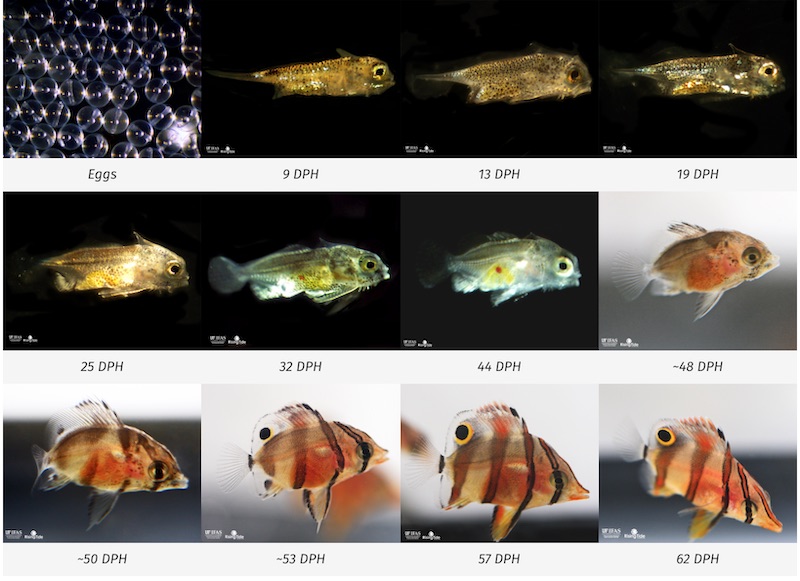 As with most marine fish, pairing up fish and getting them to spawn is only one part of the equation because the hard work actually begins with the handling, feeding, and rearing of the resulting pelagic larvae. The Copperband butterflyfish doesn’t seem too hard when it comes to the pelagic stage as these larvae settled out in a reasonable time of around two months post hatch at which point they are roughly 1cm in length and are ready to start their life on the reef (or in a rearing tank).

PNS Substrate Sauce is Nitro for the Nitrogen Cycle

May 4, 2021
Site Sponsors
Reef Builders is Supported by: