‘Xenia elongata’, recently reclassified as Unomia stolonifera, is a soft coral that is well known in the aquarium hobby for its supernatural growth rates in reef tanks. This fleshy octocoral is so prolific that it has been used in dedicated chambers as a form of nutrient export because it grows so fast, sometimes even faster than some types of micro and macro algaes.

Over eight years ago this species of Unomia (Xenia) was discovered growing on reefs of the southern Caribbean off the coast of Venezuela and to no one’s surprise, this weedy soft coral has spread at an alarming rate. Any aquarists with a passing familiarity with ‘Xenia elongata’ will know how fast this coral grows and its exponential growth rate is not limited to aquarium conditions.

A new paper taking a look at Unomia around Venezuela has found this coral growing pretty much everywhere, dominating every kind of habitat possible. From hard bottom to coral reefs and even seagrass habitats exhibited somewhere around 30 to 80% coverage by the invasive Unomia and it has been documented spreading by clinging to bits of detached floating seagrass which has helped the intruder spread across an alarming range in less than ten years.

“The high percentage cover of Unomia stolonifera in all the invaded sites significantly reduced the occurrence of stony corals, hydrocorals and other indigenous anthozoans.” Artisanal fishing practices with trawl nets is not only helping to spread the invasive coral species but the study also noticed that Unomia was most abundant where fish density was depressed as it is believed that some species of butterflyfish probably do some light grazing of the coral alien. 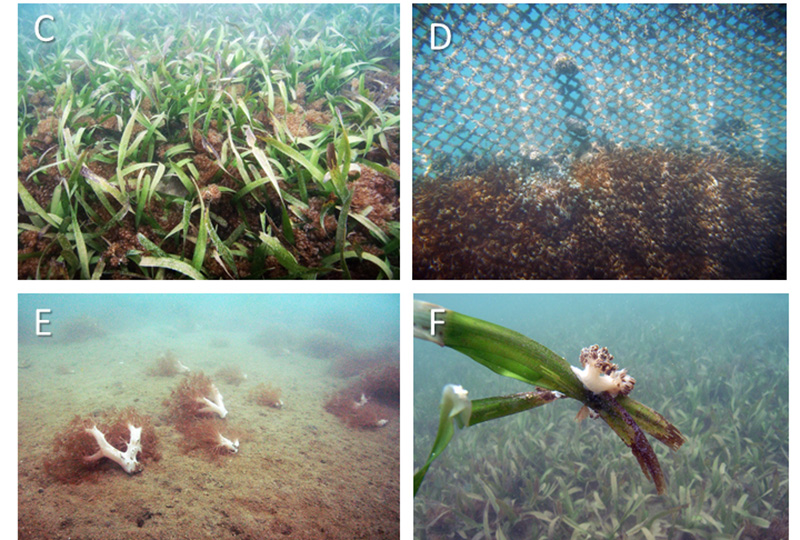 While the invasive xenia is so far only known across a range of 10 kilometers or so, it’s probably only a matter of time Unomia stolonifera is spotted growing outside Venezuelan territorial waters. With no natural predators to control its growth and reduced biodiversity to prevent this coral from taking hold in the first place we fear it’s only a matter of time until the weedy xenia becomes permanently established in the Caribbean like several invasive coral species that have come before it.

Is This The First Solid RED Elegance Coral?

Spice Up Your Spectrum with the Gavita Pro UV LED Rail