Anthiadines have had a taxonomic shake-up this week with 18 Anthias species being reclassified into three other genera, one of which is completely new. Dr Anthony Gill of the University of Sydney has been sifting through what was the sixty-plus species of Pseudanthias, Mirolabrichthys and Nemanthias and has found enough morphological and molecular data to propose these latest changes.

In his paper published in Zootaxa, Dr Gill rediagnoses the genus Mirolabrichthys, restricting it to three species, while placing six species into Nemanthias, and another nine into the newly erected genus Pyronotanthias.

The previously monotypic Nemanthias carberryi is now joined by five former Mirolabrichthys – bartlettorum, bicolor, dispar, ignitus and regalis based on the forward position of the dorsal fin origin, elongate dorsal fin spine on males and the high number of circumpeduncle scales. N.carberryi remains the type species.

The serranid subfamily Anthiadinae includes over 220 species with even Gill stating that generic classification of the subfamily is problematic. The Pseudanthias and Plectranthias genera were erected as long ago as the 1870’s with the paper’s author suggesting that some of the sixty strong Pseudanthias are more closely related to Tosana and other genera.

Differences in the dorsal gill arches are just one way that is demonstrated in being able to tell the related genera apart. But the relationship of the three genera mentioned here to other anthiadine fish genera has not been resolved. 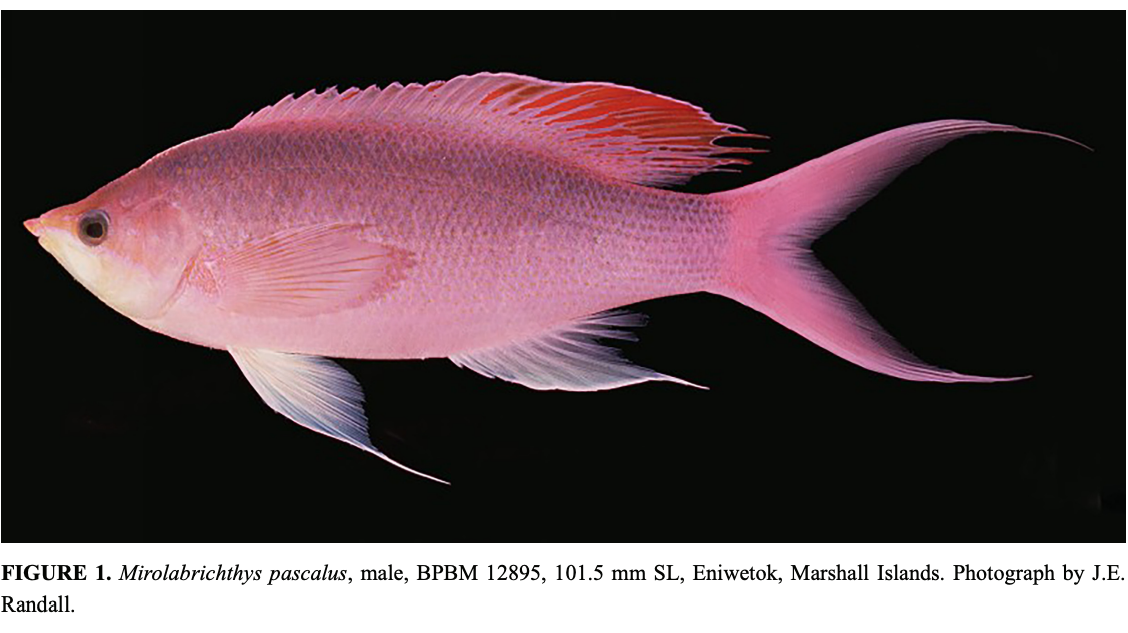 ‘Pseudanthias’ tuka, pascalus and evansi move to become the only three members of Mirolabrichthys based on their distinctive dorsal fin shape (particularly on males,) and auxiliary body scales. With M.tuka being the type species.

Mirolabrichthys was previously considered a subgenus of Pseudanthias and species within it have traditionally been diagnosed by the hypertrophied (thick,) male upper lip. But Gill notes that lip development in many Anthias genera and that it’s a characteristic of all three genera mentioned here.

API Nitrate Reagents are 'Usable' With the Hanna Checker