The Chainlink Maroon Clownfish is a new aberrant individual of Premnas biaculeatus that was just collected in Papua New Guinea by Golden Ocean. While the discovery of the Chainlink Maroon Clownfish is an awesome surprise, it’s less of a shocker to learn that it was collected at Fisherman’s Island where the first two lightning maroon clownfish were found.

The first lightning maroon clownfish was revealed in September of 2008 showing a large female with very reduced stripes but the ‘Eve’ of all lightning maroon clownfish in captivity was collected 12 years ago in early 2010. There has been some interesting morse code and other aberrant Premnas found in this part of the world but to date these are the only two ‘full’ lightning maroons discovered in PNG with the new Chainlink Maroon definitely being the most sensational specimen in more than a decade. 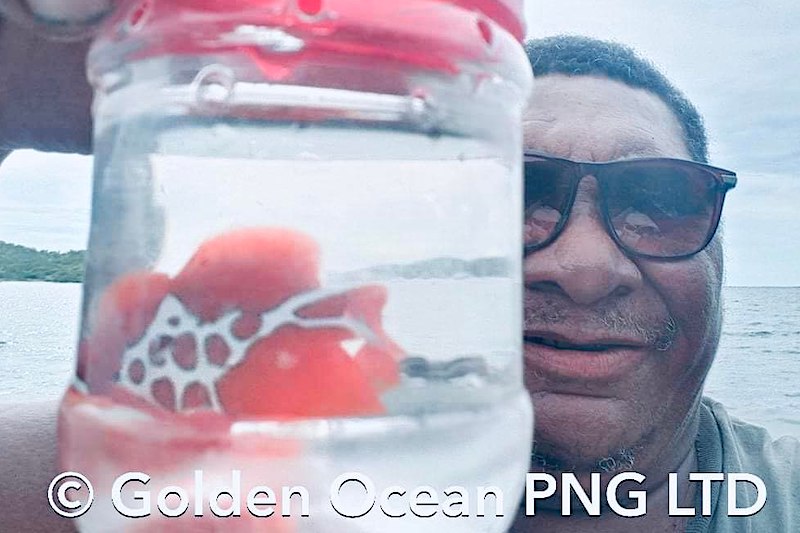