The Flipper Edge is an exciting new larger algae cleaning magnet from Flipper Aquarium Products which leans into a whole lot of advanced and premium features. Much like the Tunze Care Magnets the scraping side of the Flipper Edge rests on two blades but unlike any other magnets except for Flippers, you can flip the magnet to switch to the reverse side of the blades for more of a wipe down of the aquarium glass.

The Flipper Edge comes in two sizes, a Max and a Standard which appear to have very strong magnets in our testing of the Max size but it’s not just the business end of the Flipper Edge which is reversible. Both scraping ends of the Flipper Edge are equipped with a slot to accept either metal or plastic scraping blade – you can reverse the replacement blade itself for double the usable life or you can slip in a basic plastic credit or key card as a DIY replacement!

The Standard Flipper Edge is suitable for glass up to half inch, or 12mm and retails for $64.99 while the beefy Max Flipper Edge is rated for glass up to one inch or 24mm thick for $124.99. The Edge versions of the Flipper magnets are a noticeable increase in cost from their standard $40 and $80 Flippers per their webshop but despite their stated rating, we’ve seen a noticeable increase in strength from the original Flipper Max, to the Flipper Float Max, and the new Flipper Edge Max with the latter being the strongest of the three.

There are a lot of algae cleaning magnets for keeping aquarium glass nice and clear but Flipper is one of the rare companies that really specialize in this category, designing and releasing new models at a consistent pace to give their products the Edge over their competition, and the Flipper Edge faithfully continues this trend. We spend a lot of energy and put in a lot of work to keep our aquariums in peak display condition so for this we want the best possible glass cleaning tool and the Flipper Edge is doing its most to raise the bar. [Flipper] 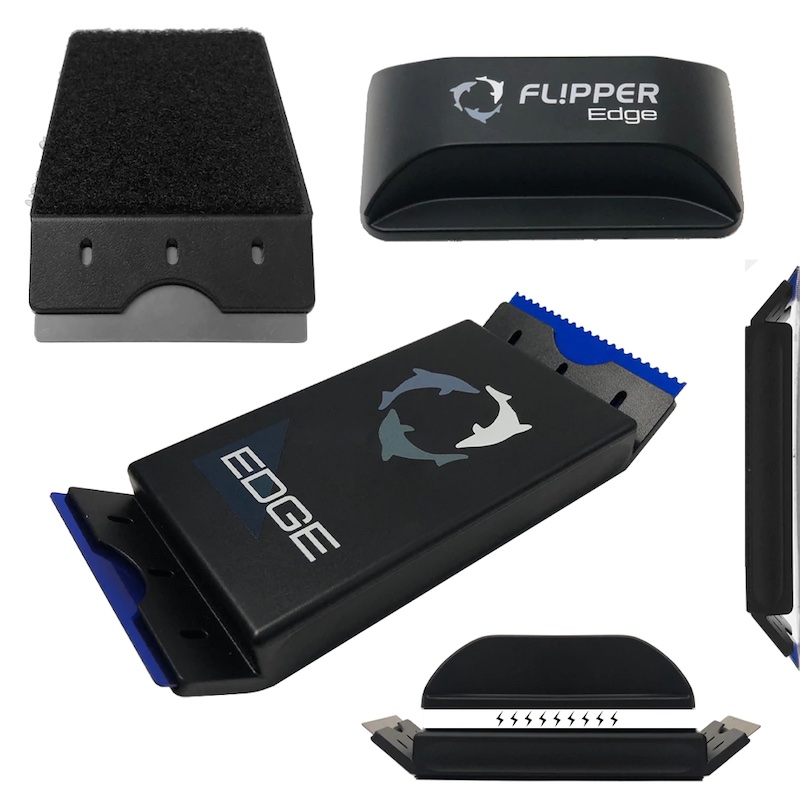 May 2, 2022
Site Sponsors
Reef Builders is Supported by: