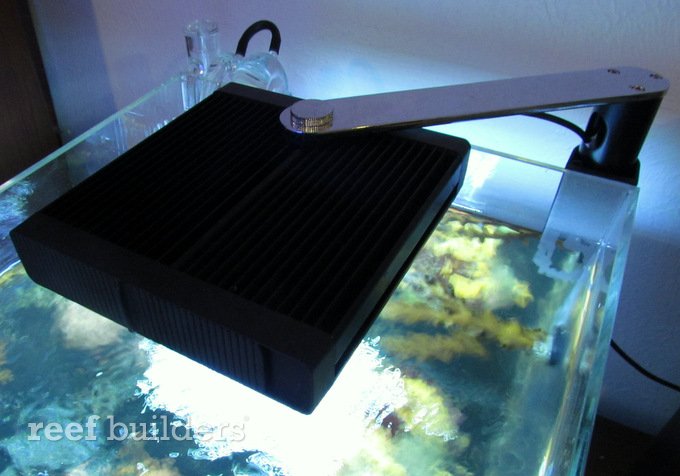 The Fluval Sea Nano LED is an entry level fixture priced at $139 meant primarily for Pico style aquariums. Its small size and small price do not mean that this fixture lacks any cool features however. The Fluval Sea Nano might not have dual dimming, cloud, moon and lightning simulation or any other crazy computer driven features, which is insane to expect from a fixture that size and price anyways, but it does have some basic well thought out practical design aspects. A simple switch on the front of the Sea Nano turns all the LEDs off, all the LEDs on or a moonlight type assortment on. What’s probably nicest about the Fluval Sea Nano however is its swinging arm witch makes quick tank maintenance a breeze. Keep reading for the full run down. 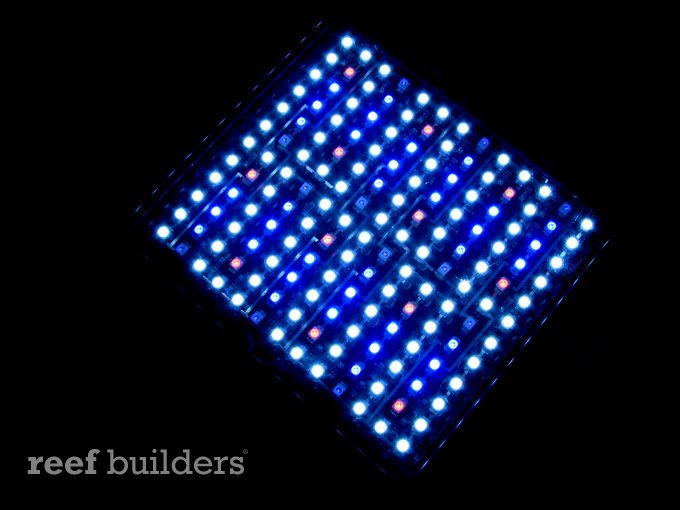 With 156 low powered LEDs the Fluval Sea Nano lacks any secondary optics, providing an even illumination in small systems while also keeping the price down. The Fluval Sea Nano uses a mere 14 watts, but seems more than bright enough to sustain some lower and medium light corals in a pico reef. Like we mentioned the switch on the front either turns on all the LEDs or turns on a “moonlight spectrum” type deal. We personally would’ve liked to see the latter full blue instead of dimmed blue, but that is just personal preference.  The sliding switch of the Sea Nano is completely water proof (or splash proof at least), with no electronics exposed. The switch is completely detachable, and works through the use of magnets which a result means you get the water proof feature. A great touch since the light switch is usually one of the weak points of LED fixtures. 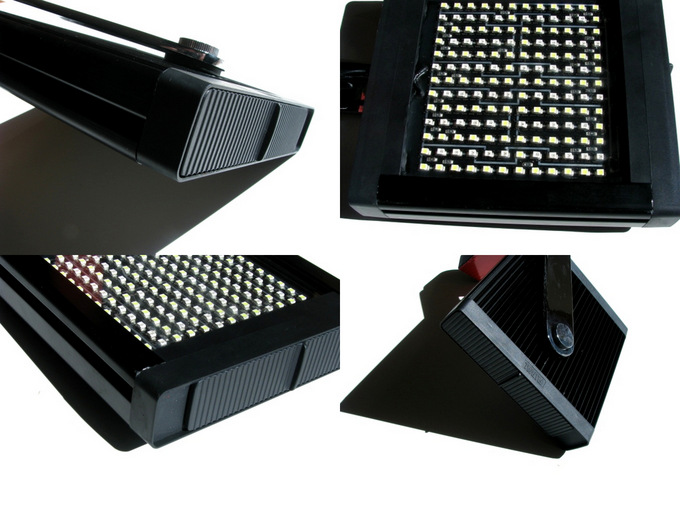 The swinging arm of the Fluval Sea Nano is one of the fixtures strong points. Not only does it allow easy access to you aquarium (simply swing it to the side), it is also very versatile and can be adjusted in any way you like. The nob attaching the mount to the fixture can be slid up and down adjusting how far the light extends above the tank. The clamp’s position can also be rotated 360 degrees allowing the fixture to be mounted parallel, perpendicular or even at an angle as can be seen in the header image. The height of the fixture can furthermore be adjusted by simply sliding the clamp base up and down. In our case a piece of airline tubing had to be added to keep the fixture at the desired height, but that is likely just a pre-production problem. Additionally the power cord of the Fluval Sea Nano can be run through the swinging arm, keeping your aquarium a neat as the fixture itself.

With it’s matte black finish giving the Sea Nano a nice clean look, along with the sleek swinging arm make the fixture a pleasure to look at. All in all we certainly don’t mind having the Fluval Sea Nano LED over one of our systems. Expect a full review soon, but meanwhile check out the pictures below.

J'Field Yeo's cube from Singapore is a cute collection of corals

SEASMART sets up Indiegogo campaign to crowdfund restart in the Philippines