The Power Wave and Power Skimmer drivers shown here are evidence that Bubble Magus is ready to branch out from their huge stable of protein skimmers and the dosing pump. With the protein skimmer market all but saturated with every conceivable model, there’s been a lot more activity in the water pump sector, especially controllable ones like we’ve seen plenty of this year.

The Bubble Magus Power Skimmer Driver in the photo is in the same vein as the Diablo and RLSS style with the same six controllable speeds that are now selectable via an onboard dial. With so many skimmers in their catalog it only makes sense that Bubble Magus would incorporate these advancements into foam fractionating technology. It’ll be really interesting to see if the pump released for the Bubble Magus Power Skimmer is a rebadge of the Jebao/RLSS/Diablo series or if it is a different design. We don’t expect to see a networkable RJ45 cable in the Power Skimmer Driver though. 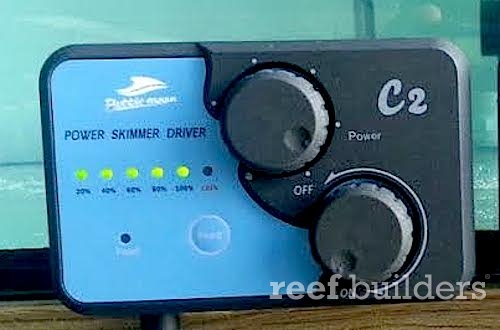 Next up is the Power Wave Pump that Bubble Magus is cooking up; the C1 driver clearly shows two dials for controlling the power level and pulsing frequency for supporting two pumps. We can see that the internally mounted pump has a fairly basic design with a motor side, propeller and strainer cage to keep the fishes from becoming instant sushi.

The buttons on  the C1 driver for the Bubble Magus Power Wave pump likely cycle through a couple different flow programs and with two pumps in tow, this is one bundle that should make for a very interesting water circulation package. Bubble Magus is not known for making top end gear so we don;t expect the quietest or most efficient pumps but Bubble Magus likes to compete on price.

These leaked images are all we have to go on for now so we’ll have to wait for formal announcements to discover actual specs, release date and pricing for the new Bubble Magus Power Skimmer and Power Wave pumps. 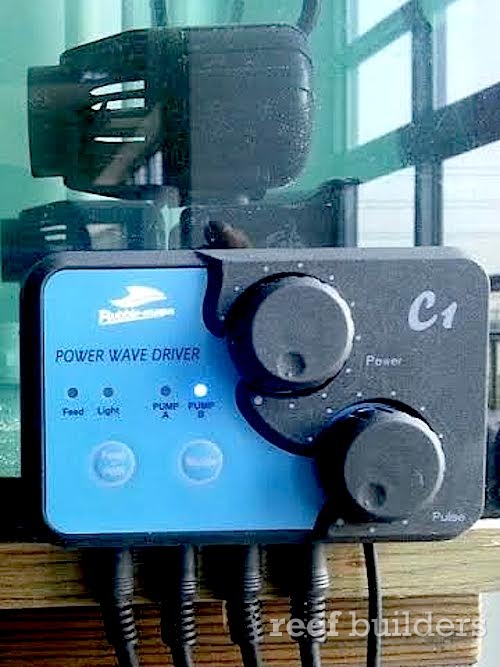