Core7 Base Elements and Reef Supplements from Triton

Core7 Base Elements and Reef Supplements are two new lines of reef aquarium additives which take potency to a whole new level. Although Triton Elements have only been out on the market for a few years and they are about on par with the concentration of most major additive line, the Core7 elements and supplements crank the concentration up by a factor of seven!

Core7 is seven times more concentrated than the previous Base Elementz and they also no longer require to be diluted with pure water into 10 liters of solution. We know that there’s some trickery involved for Triton to get their solutions so concentrated while avoiding precipitation; while we weren’t told what that new mixing method is, our (totally unsubstantiated) pet theory is that ultrasound waves are involved in getting everything to dissolve, but this is probably wrong.

Interestingly, the new Core7 additives comes in two different lines of supplements to cover all types of reef keeping methods. The Core7 Base Elements is designed for subscribers of the pure Triton Method, with the addition of no other supplements. The Base Elements of the Core7 additive line has the full suite of macro and trace elements for complete management of balanced reef aquarium chemistry.

Furthermore, in an effort to both be kind to the environment and encourage customer loyalty with retail partners, Triton is also launching the new Core7 Refill Station. As the name implies, the Core7 will be a refill station for each of the four parts of either the Base Elements of Reef Supplements which customers will be able to refill themselves.

The concept of purchasing bulk additives premixed at the local fish store is already well established in some progressive North American reef stores but it has yet to gain much momentum in Europe. The new Triton Core7 additives and Refill Station is just a small part of a new multi-pronged strategy from the company to make it as easy as possible for reefers to be successful using one of the purest and most balanced line of supplements so stay tuned for a couple more new releases from Triton. 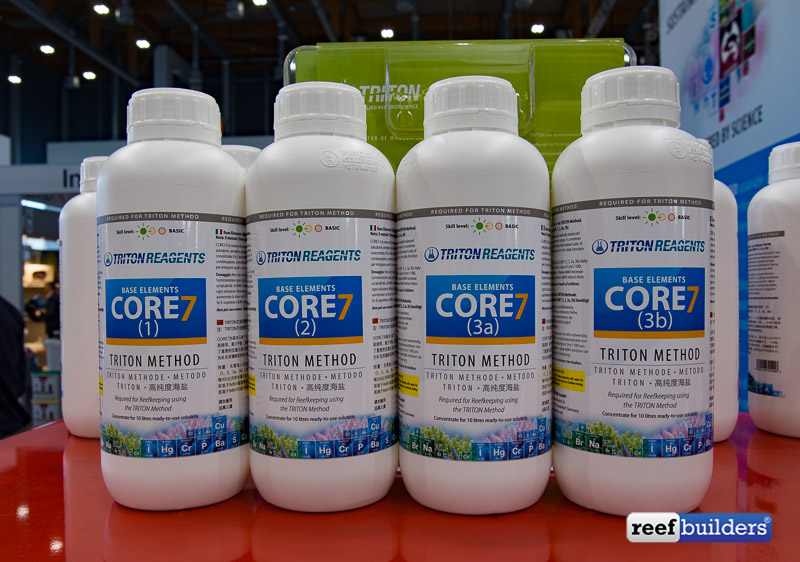