The Euroquatics E5X is the next version of their innovative LED Tubes designed to directly replace T5 fluorescent lamps. Although the Euroquatics E5 LEDs have not been available for a full year yet, the E5X will replace them when they are released come January 2017.

Where the E5 LED tubes were designed to be as similar in light output as a T5 lamp as possible, the Euroquatics E5X take a slightly different turn as they embrace their LED light engine. Instead of using a diffuser lens to spread out light in the E5 LEDs, the E5X instead replaces this diffuser with a true optical lens that sends more of the light down into the aquarium. 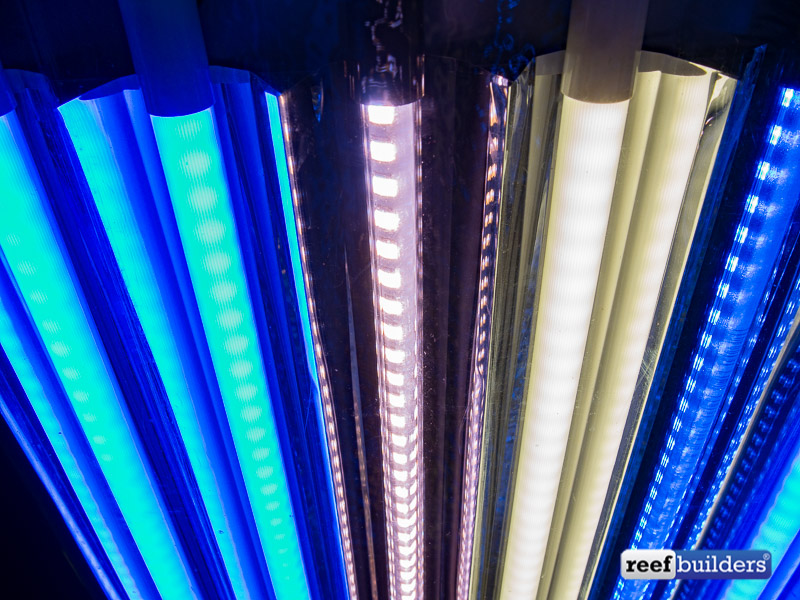 This difference is obvious when we checked out the E5 and E5X tubes together in a T5 fluorescent light fixture. When looking at the two LED T5 replacements, it’s easy to see that the original E5 LEDs shine a good amount of light into the reflector, like with a T5, but the E5X barely casts a reflection, indicating that light is already beaming in the right direction.

You’ll easily be able to tell the two LED tube models apart, due to the E5X having a a clear lens and redesigned heatsink backing. The new heatsink is black in color, and also a bit more rigid compared to its silver predecessor, which should shore up some of the sagging seen in especially the long, five foot versions of the E5 LED.

Euroquatics will completely replace the E5s with the E5X LED tubes which will be available in all the same sizes, a couple new colors, and for the same price as the E5s currently.

The Amazing Reef Tanks of Italy