A Voyage Through The Pacific – The Seattle Aquarium

We have a confession to make: We love public aquariums and we have a goal to visit as many as we possibly can throughout our travels. We recently stopped by the Seattle Aquarium and had an incredible afternoon viewing some well-thought-out exhibits.

The first exhibit is a very large cold-water reef habitat with specimens that are commonly found in Seattle’s local waters. A scuba diver points out some of the salmon, rockfish, and sculpin that are swimming through the kelp or hovering by the brightly colored anemones.

We continued on to other outstanding displays of the fishes and invertebrates found in the cold waters of the Pacific Northwest. The sporadic surging of the tide pools filled with cold water anemones and sea urchins makes a great experience, where curious guests can safely touch and interact with these animals with staff guidance.

In a nearby display we found one of the Pacific Northwest region’s most intriguing and clever invertebrates. This cooler environment is where the Giant Pacific Octopus (Enteroctopus dofleini) likes to make its home.

This section of the aquarium emphasizes the unique environment that is made up between the harbors, bays and streams of the region. These areas are critical for many local animals including salmon species, as they return from the ocean to the same stream they were once spawned in themselves, to breed and complete their lifecycle.

The facility is also home to some marine mammals and wetland birds that are native to Puget Sound. The Seattle Aquarium puts together a great picture of the complex coastal wildlife environment with some of the regions most iconic species found in their own part of the Pacific.

The exhibits proceed into warmer climates further south, highlighting the many reefs and lagoons of the Indo Pacific. The fishes and invertebrates are far more colorful and even somewhat more active than their cold-water counterparts.

The SPS dominated aquarium at Seattle Aquarium is a brilliant representation of a coral reef ecosystem. The warm tropical waters of the Pacific allow many reefs to grow, and the diversity found throughout these tropical reefs is only equivalent to the world’s rainforests. 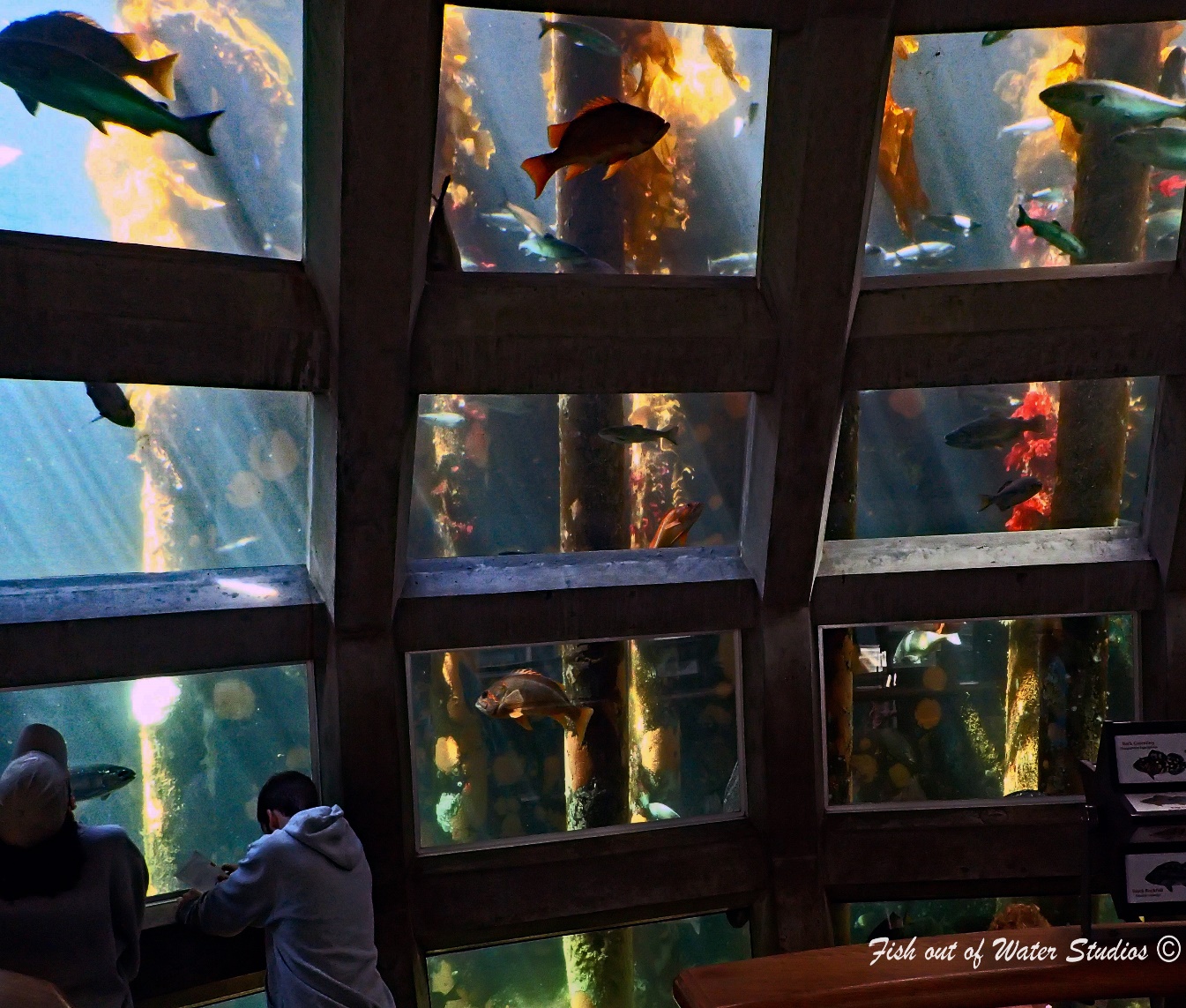 shelter for uncountable fish species. Some fish have adapted to mimic or blend in with certain corals, while others use reefs to hide their vulnerable young.

In a small soft coral display, another cool cephalopod, the Cuttlefish (Sepia officinalis) quickly gathered our attention. We really enjoyed seeing an animal that can change its color and appearance in seconds to match its environment.

We should note this aquarium is not concentrated on those big fish with the teeth and pointy fins nor the huge aquarium they ultimately require. We do appreciate sharks and they are awesome, but we also really dig the extreme emphasis on coral and invertebrate life that the Seattle Aquarium has accomplished at their facility.

This aquarium is able to showcase the many locations and habitats that make up the vast Pacific Ocean and the animals that reside within them. This focus on these small niche sites, with incredible attention to detail, is one of the many reasons to visit the Seattle Aquarium.

We took a few short video clips of some of our favorite exhibits and animals throughout the Seattle Aquarium. We added some music, a few credits, and enjoy!

CYANO Is A New Dive Computer From Korea

Come Coral Shopping With Me At Reefapalooza New York 2017