While diving in Eastern in Indonesia few weeks ago, we came across some huge colonies of Acropora plana, and although we’ve seen this coral over and over for few decades, we fell in love with it once more. We believe its beauty is really under rated and it easily enters our top 10 corals ever. 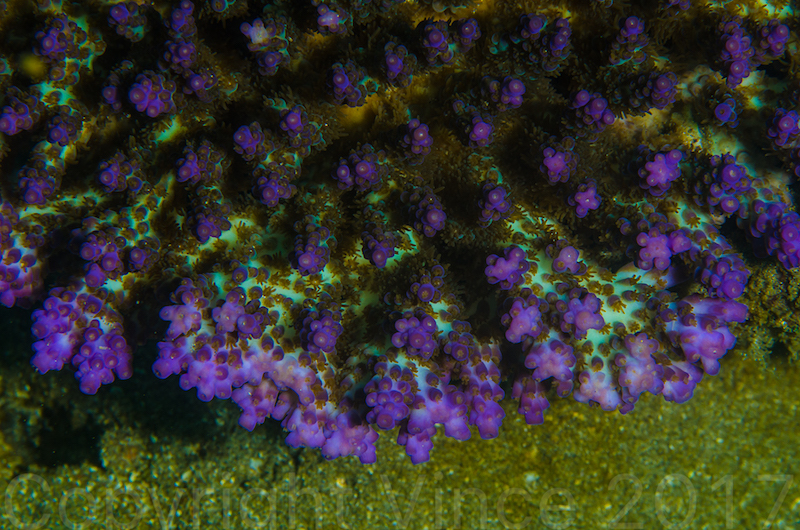 We usually find it below 45 feet (15 m) and down to 150 feet (50 m) in places with clear water. It prefers relatively calm and turbid waters, and can forms colonies over 4 feet (1,2 m) wide. The colony shape is always plating, with very fine just a couple millimeter wide branches, just over an inch long above the colony. Thus giving it a very brushy looking appearance.

The particularity of this awesome corals is the very brittle skeleton and the high contrasting colors between the heart of the colony and its tips. There are 2 different types of coloration: The classic white body and bright purple tips, and the same one but with green fluorescent polyps, which give a completely different look, less contrasting. But both are unmistakably gorgeous. 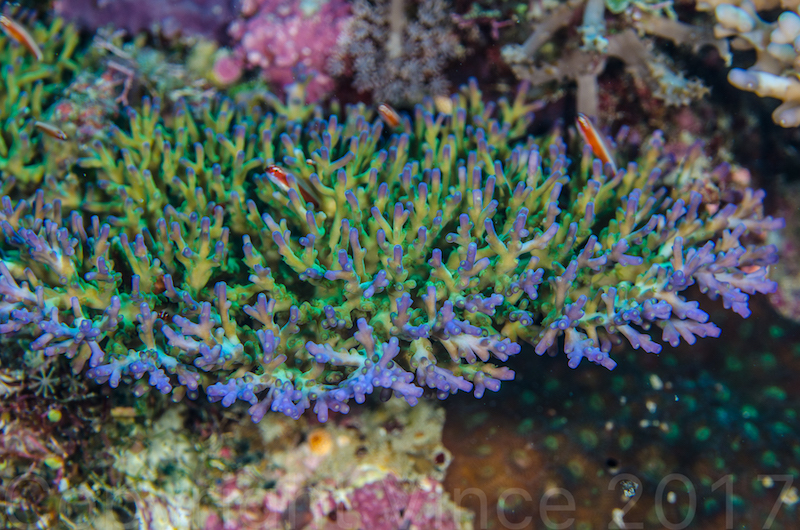 Although we love the very brittle skeleton structure of the colonies coming from calm water which is really characteristic of the species, we can be astonished by colonies that very seldom appear in slightly shallower and more energetic environment thus producing a more robust and amazingly bright contrasting colors. 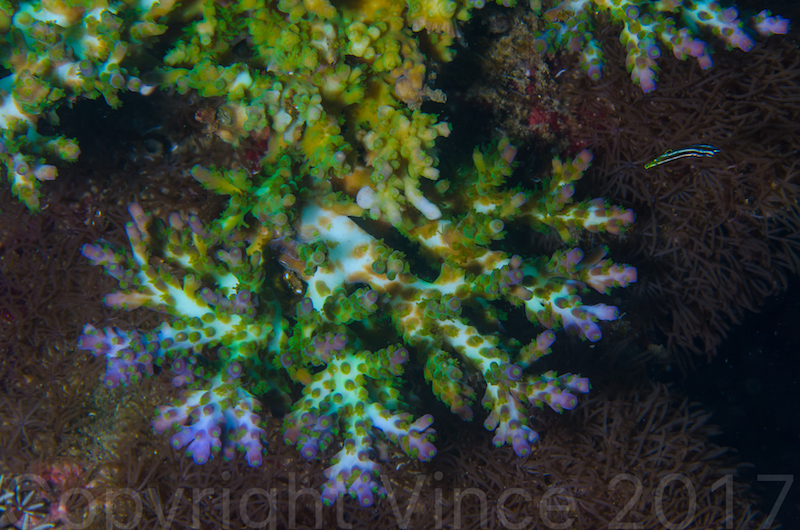 The colony is plating, and although as we’ve seen with Acropora millepora, we expect the comb and vortex effect to be the main strategy on collecting food, we think it rather filtrate the water a bit like a gorgonian instead of cutting the current to let the particles fall into the heat of the colony.

Branches are thinner and more opened than A. millepora, even though tentacles are shorter, polyps are much bigger. It usually seats on the slope where current are slowly following the bottom up or down, thus passing through the coral, explaining the rather open shape and large polyp size. Like in many gorgonians, polyps go with the flow and capture particles from the back of their tentacles. 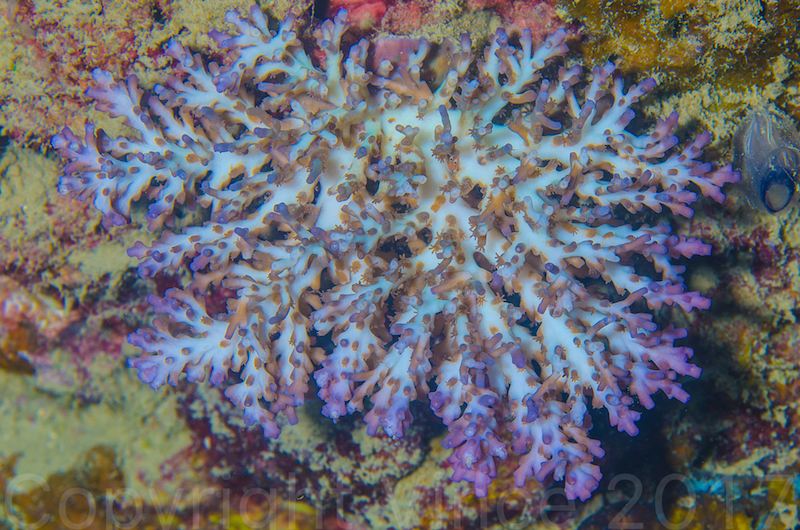 Phantom Frag Plugs are sinister and we want them