So-called ‘gold clams’ are usually used to describe the unfortunate Tridacna clam species with a preponderance of brown color, but some clams actually are gold. I’m not talking about the super rare gold ‘foil’ variant sometimes seen in T. maxima  & T. crocea, but the lustrous markings of some gold tiger maxima clams. 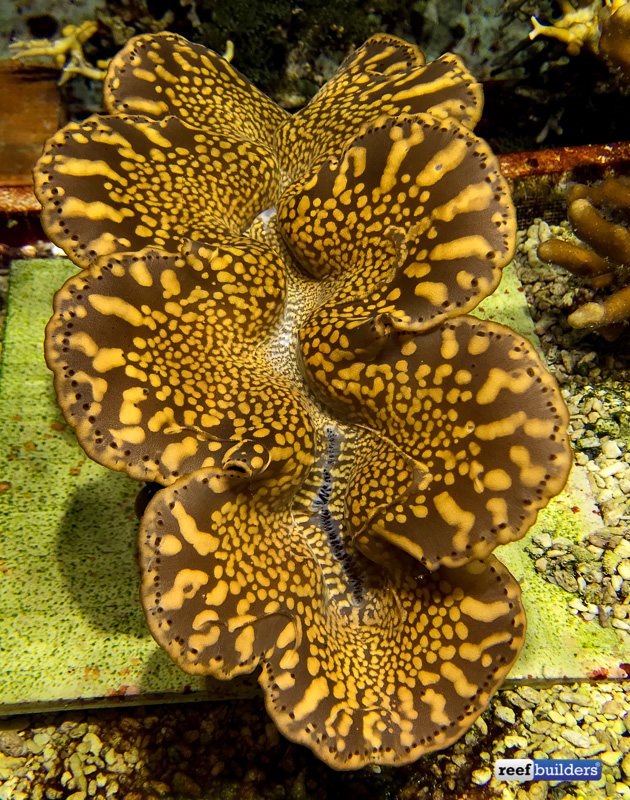 This batch of stunning gold tiger maxima clams was spotted in Taiwan, behind the scenes of the National Museum of Marine Biology & Aquarium, the same public aquarium which has huge soft corals in an amazing reef display tank. This facility not only houses a very impressive seawater exhibit but also supports a lot of research into clams and corals. 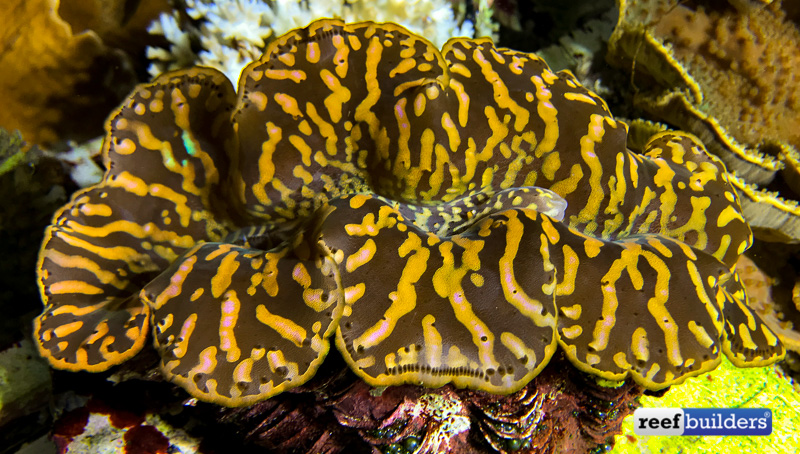 part of the beauty of these wildly patterned brown and gold Tridacna maxima clams no doubt comes partly from their size, which at which at 6 to 7 inches, 15 to 18 cm, is on the high end for a large mature maxima clam. At this size there’s so much real estate on the mantle that the boldly colored spots and stripes really made for some photogenic bivalves. 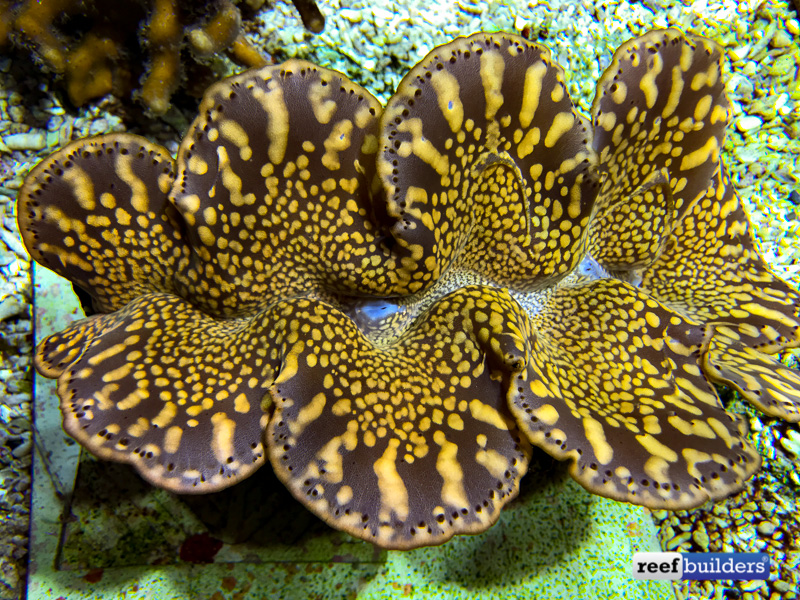 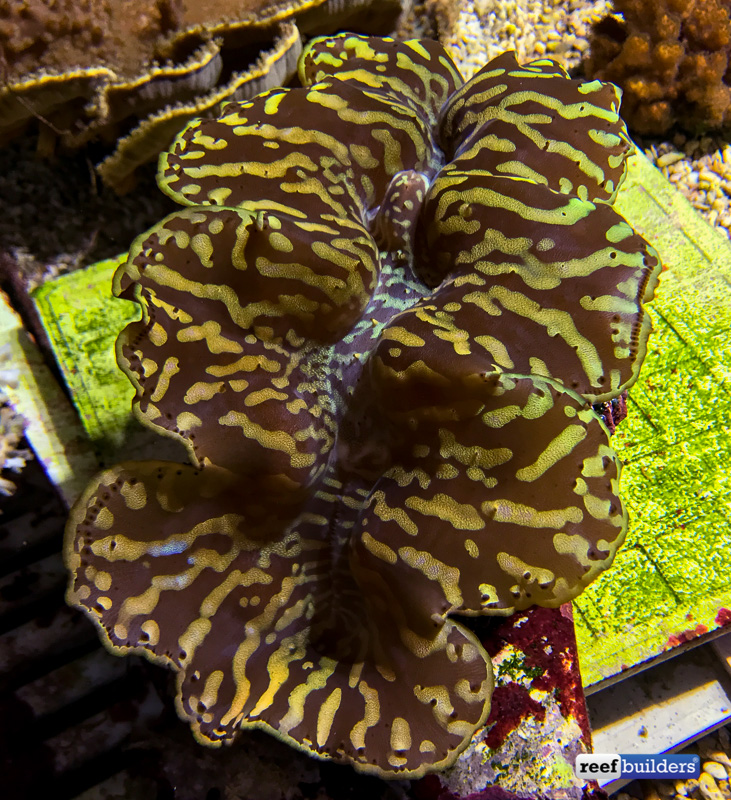