We Asked Rich Horner About Plastic In The Marine Environment

Plastic In The Marine Environment

Two months ago, Rich Horner filmed himself swimming through a sea of plastic debris. Within a few weeks his video went viral and soon the whole world was talking about plastic waste invading the tropical water off one of Bali’s more iconic dive sites, Manta Point.
Plastic bags, cups, bottles, straws, and other debris are becoming an all to common sight underwater. You’re more likely to see a plastic bag drifting above a coral reef then you are to see a sea turtle or a shark. And it won’t be long until plastic debris outnumbers fish, with an estimated 250 million tones of plastic entering the ocean by 2025. 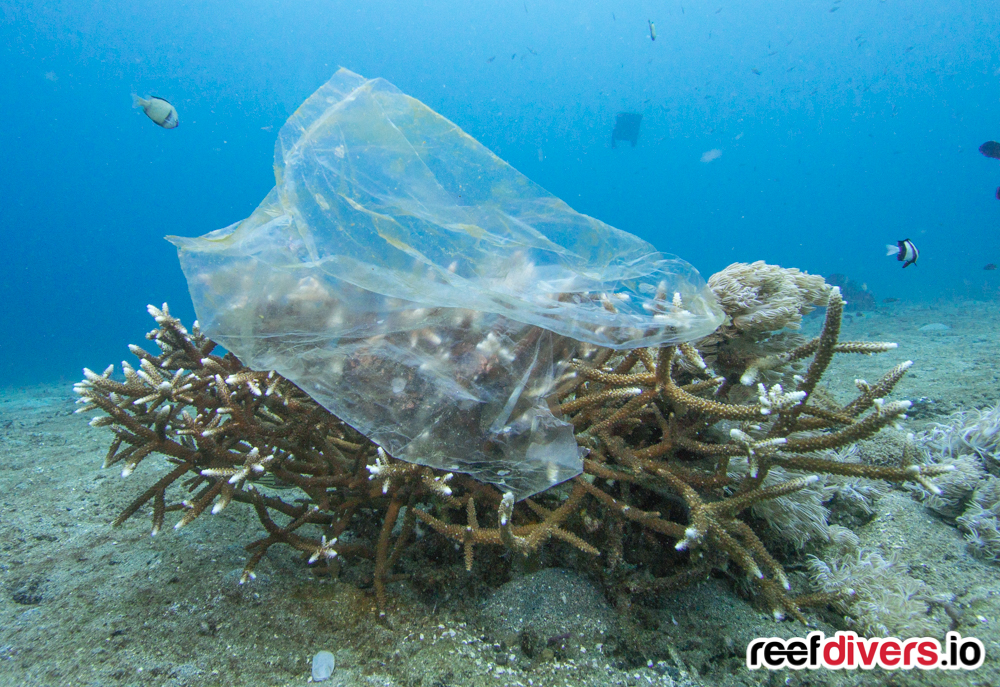 But apart from its unsightly appearance, what makes plastic so bad for the ocean?

Plastics which enter the ocean are eaten by fish and other marine life, or worse they break apart into millions of microscopic pieces that release chemicals into the water before they are eaten. Larger debris like nets, plastic bags and fabrics can also become tangled around corals causing the coral tissue to die.
From monitoring major online media accounts, Rich estimated his video has been viewed more than 70 million times. This isn’t counting all the broadcast tv, and various media outlets sharing the viral video, the total could be, and probably is, much higher.
Rich and other divers living in Indonesia are familiar with the appearance of plastic islands drifting in the current, but the day Rich shot his video the plastic was especially thick. The video is helping to raise awareness about the issue of plastic debris in the ocean, especially in Indoneisa. 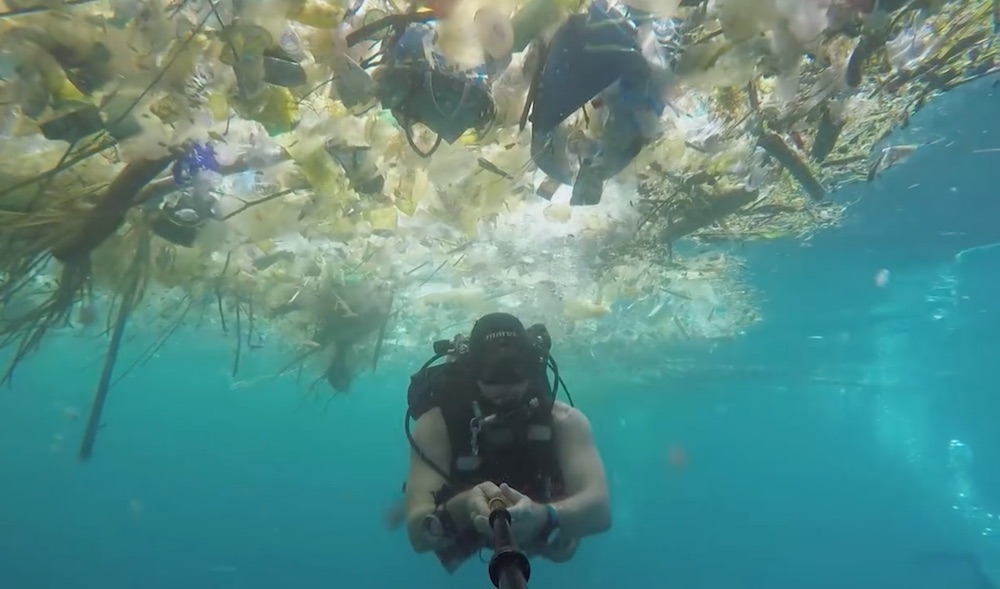 Although he never took the time to examine the plastics origins on the day of his video, he says most other times he’s seen plastic it has all come from Indonesia. The plastic usually originates from streams from the main island of Bali or Java.
Cleaning up plastic in the ocean is a monumental task that we are not going to solve anytime soon, but stopping plastic pollution from entering the water at its source by not littering, and not throwing trash in the ocean or streams can have a substantial impact.

Trash disposal and recycling is also a major issue. On these small islands like Nusa Lembongan and Nusa Penida, there is very little in terms of garbage disposal, instead, landfills are common and often located near mangroves or streams. The trash in these landfills includes many recyclable plastics which will never live to see another day, as here they are burned with a slow smoldering flame.
These low heat flames release the most toxic of plastic chemicals into the environment, so even if the plastic never makes their way into the sea, local communities are constantly breathing in this toxic smoke. However, in Nusa Lembongan where Rich lives, the garbage dump overflows into the mangrove where plastics, styrofoam, and other debris inevitably make their way into the ocean.


If you are visiting any small islands in Indonesia be very mindful of your plastic consumption. If you must use plastic consider bringing it back off the island with you so it doesn’t end up in similar toxic landfills.
See also  2021 Reef Builders Studio Mega Tour Videos

In Nusa Lembongan, around Indonesia, and throughout the world, we are seeing more emphasis being put on banning plastic bags, and plastic straws when in reality these items only make up a small percentage of plastic debris in the ocean. These items says Rich, are the low hanging fruit that we can address and help to massively raise awareness of the problem as a whole.
And although they have a low impact on the global plastic problem, they are encouraging people to make a behavior change, like using reusable drinking bottles. Another major shift we see happening is local people switching from soft single-use pouches of shampoo and conditioned to hard plastic bottles which can be recycled.

What Made The Video Go Viral

We asked Rich about his viral video success trying to glean any tips on virality… But he really couldn’t pinpoint any secret sauce. Instead, it was just the right time and some clever filming. He shot the video on a GoPro using an extra long 54″ inch Underwater Kinetics telescoping pole which put him right in the mix with the plastic. At one point you even see a plastic bag float between him and the camera drawing the audience into the scene.
There was a connection a human swimming in a sea of plastic, he says, and I believe the footage went viral partly because of this connection. It was never my intention for the video to spread so far and wide, and for so much attention to be turned on Bali, but I hope that it will help – for any issue, you need to connect it to people and that is often one of the biggest problems when trying to raise awareness. Perhaps my video will help to make that connection for many people.

Tunze DOC Skimmer 9460 is their Largest Skimmer Ever