The Aeraqua Duo is a spanking new protein skimmer from Maxspect which has more than just a few innovations under the hood. At first glance the skimmer has a fairly classic appearance and layout, with some neat refinements across the board.

The body of the Maxspect Aeraqua is a refined version of a ‘pipeless’ protein skimmer with an integrated air hose and a vertical water level adjustment knob for a very clean and streamlined look. Another neat feature is a built in shut off valve in the collection cup that will turn off the pump when the cup is full. 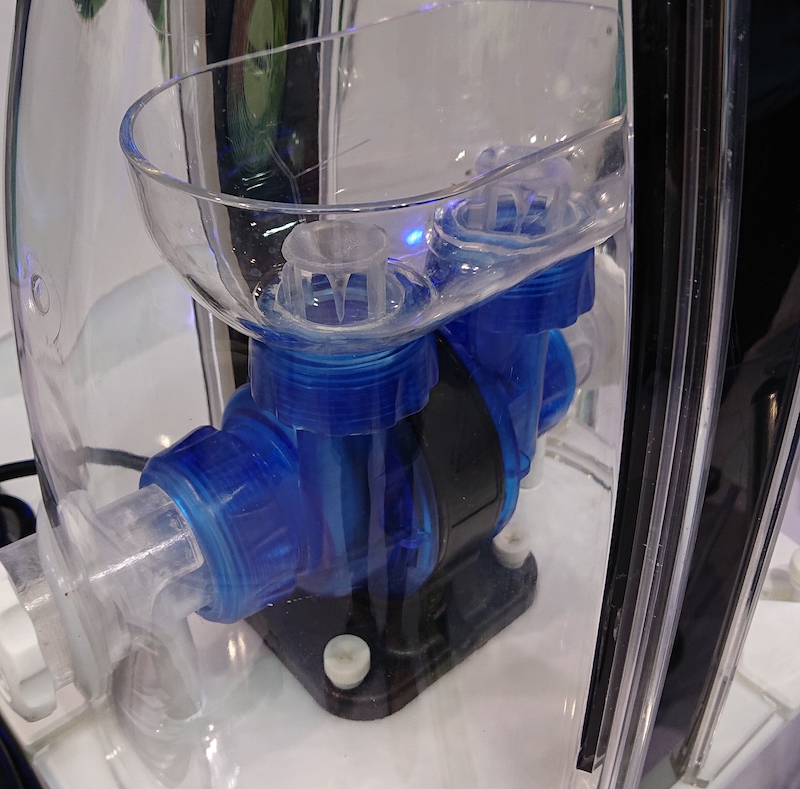 But perhaps the most obvious difference you can see in the Aeraqua Duo is that it uses Maxspect’s Turbine Duo centrifugal pump. By using the Turbine Duo the Aeraqua Duo already has double the needle wheels and volutes for taking in air and chopping them into teeny tiny little bubbles. This feature alone should give the Maxspect Aeraqua a ridiculous amount of air intake for that size of a protein skimmer. 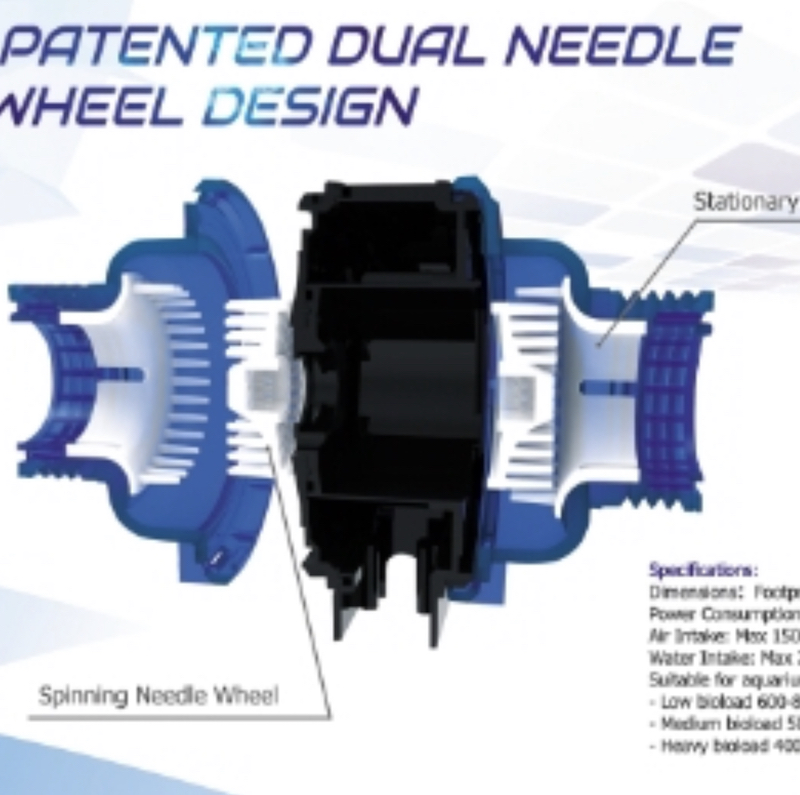 But within the pump Maxspect has cooked up another innovation with the invention of a dual needle wheel inside the air/water mixing chamber. Basically there’s a classic needle wheel that spins with the motor but there’s also a stationary needle wheel, more like a needle ‘ring’,built into the volute. The moving needle wheel spins inside of this secondary needle wheel/ring further macerating the air-water mixture into ridiculously frothy foam.

We don’t yet have details on the sizes, specs, and pricing for the new MaxSpect Aeraqua Duo but we’re told that it should be lower priced than similarly sized Reef Octopus Regal skimmer models. If all these features hold up in regular usage they could make the new Maxspect Aeraqua Duo one of the most innovative protein skimmers we’ve seen in quite some time, and we hope to learn more about it from the Coralvue booth at Reefapalooza next weekend. 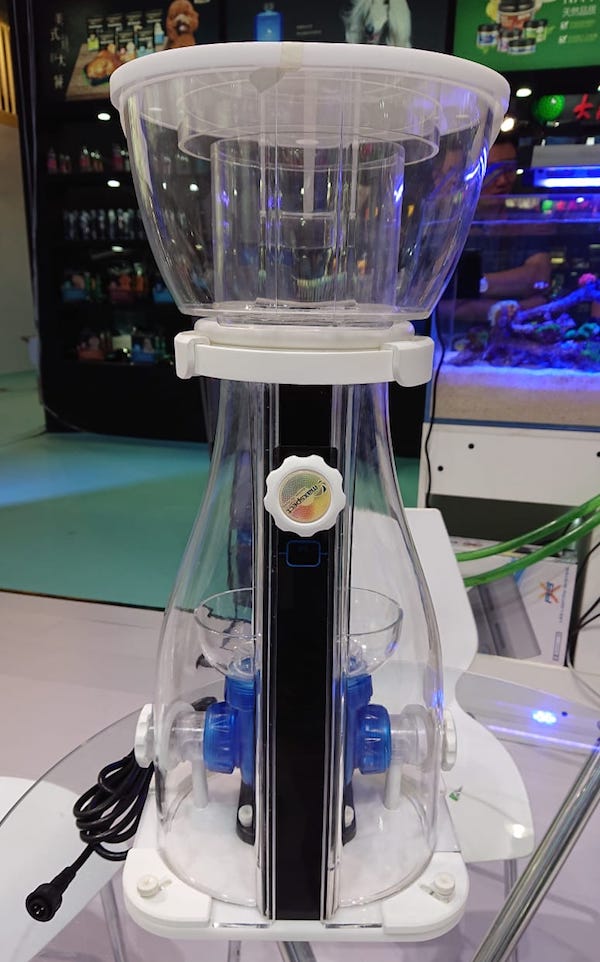 Yellow is the Hot New Color of FLOWER Anemones